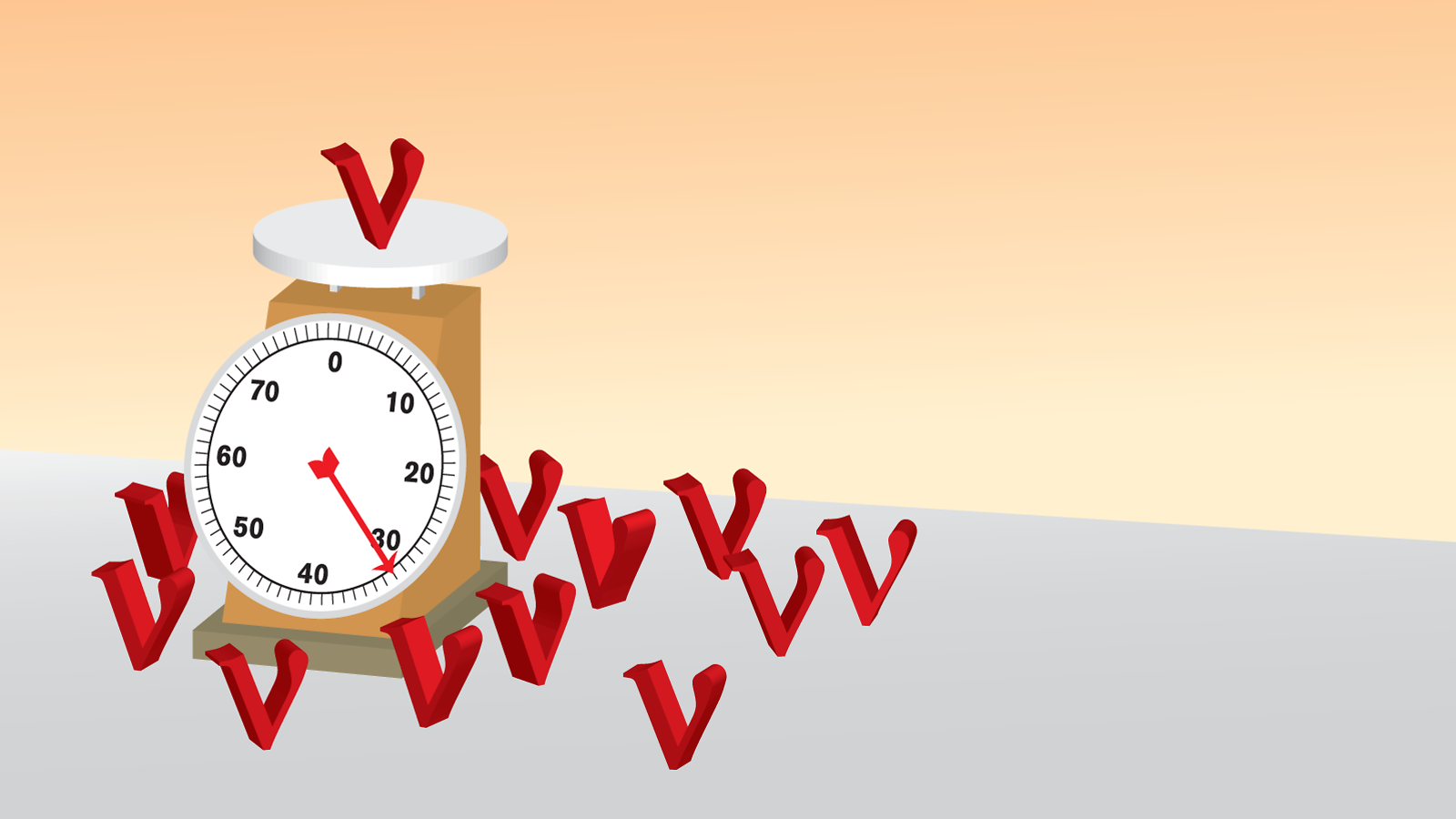 Neutrino masses are extremely difficult to measure. While we know precisely how much an electron weighs, we have little information on the mass of its neutral partner, the electron neutrino. The same is true of the muon neutrino and tau neutrino.

Neutrino masses are extremely difficult to measure. While we know precisely how much an electron weighs, we have little information on the mass of its neutral partner, the electron neutrino. The same is true of the muon neutrino and tau neutrino.

For a long time scientists thought neutrinos might be massless. Then experiments revealed that the three types of neutrinos can transform into each other, a process known as neutrino oscillation. According to quantum theory, this is possible only if neutrinos have mass. Cosmological observations and laboratory-based experiments indicate that the masses of the three neutrino types must be extremely small: The electron, the lightest charged elementary particle, is at least a million times heavier than any neutrino.

Physicists think the origins of neutrino masses are closely tied to subatomic processes that took place right after the big bang. Determining which neutrino types are heaviest and lightest—the neutrino mass ordering—is a first step toward revealing these processes.

So far, neutrino oscillation experiments have provided some information on the differences in mass between the different neutrino types. Future experiments, requiring accelerator-produced, high-intensity neutrino beams traveling at least 500 miles through the Earth, will tell us what the neutrino mass ordering is.