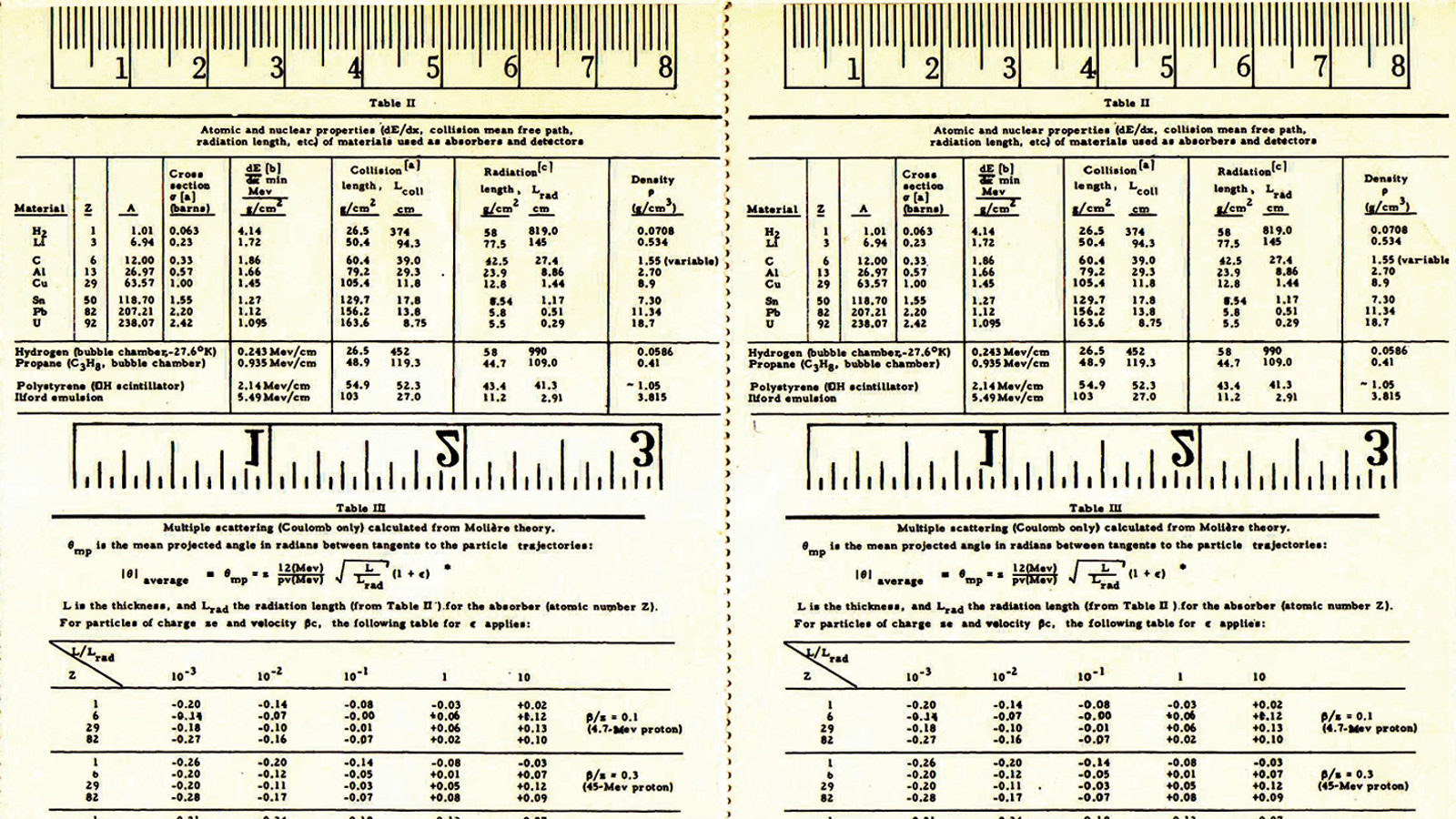 This year, the Particle Data Group celebrates its 50th anniversary with a release of a 1230-page edition of the Review of Particle Physics.

In 1957 Murray Gell-Mann and Art Rosenfeld published the Particle Properties Tables in the 1957 Annual Review of Nuclear Science. Their intent was to amass experimental and theoretical information on decays of particles called hyperons and heavy mesons.

Rosenfeld and Walter Barkas decided to update that paper’s “table of masses and mean lives” even before the 1957 Review was in print. The update appeared as an unpublished Lawrence Radiation Laboratory Report, UCRL-8030. They revised the report in 1958 and, with it, issued a wallet card (above) summarizing the information.

“This was the Particle Data Book,” says Michael Barnett, who now heads the Particle Data Group. Each summary sheet had twin copies of the card, with perforated holes to tear them apart. A publishing oversight reversed the image of the imperial ruler.

“The damn thing just grew,” says Rosenfeld. “Pretty soon they became wallet sheets. The Russian word for bedsheet is different from a regular paper sheet, but they called it the Rosenfeld Bedsheet.”

This year, the Particle Data Group celebrates its 50th anniversary with a release of a 1230-page edition of the Review of Particle Physics. With the wallet card long gone, the current abridged version, the Particle Physics Booklet, now fills 320 pages. “And we struggled to keep it short,” says Barnett. 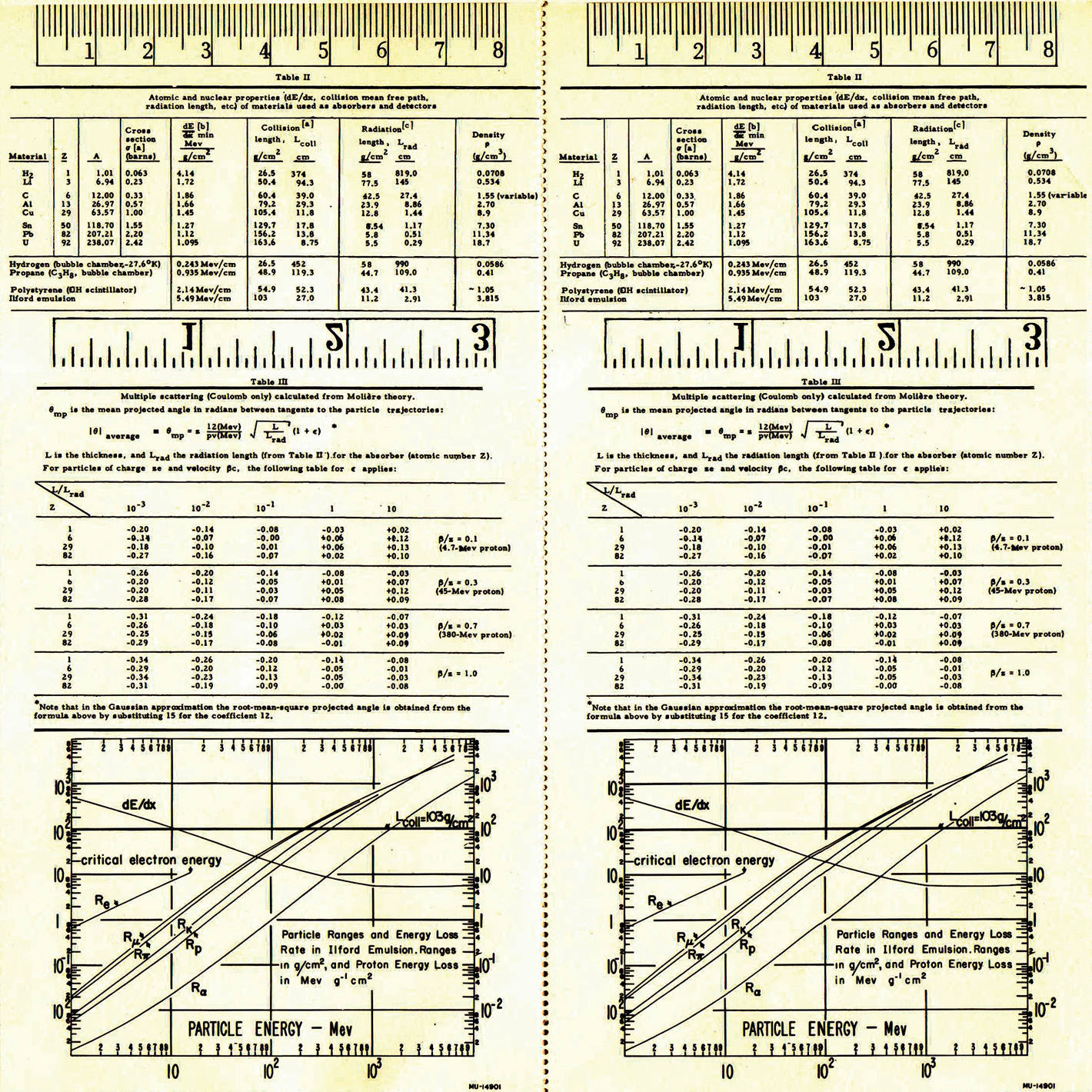