For a second time, scientists from the LIGO and Virgo collaborations saw gravitational waves from the merger of two black holes. 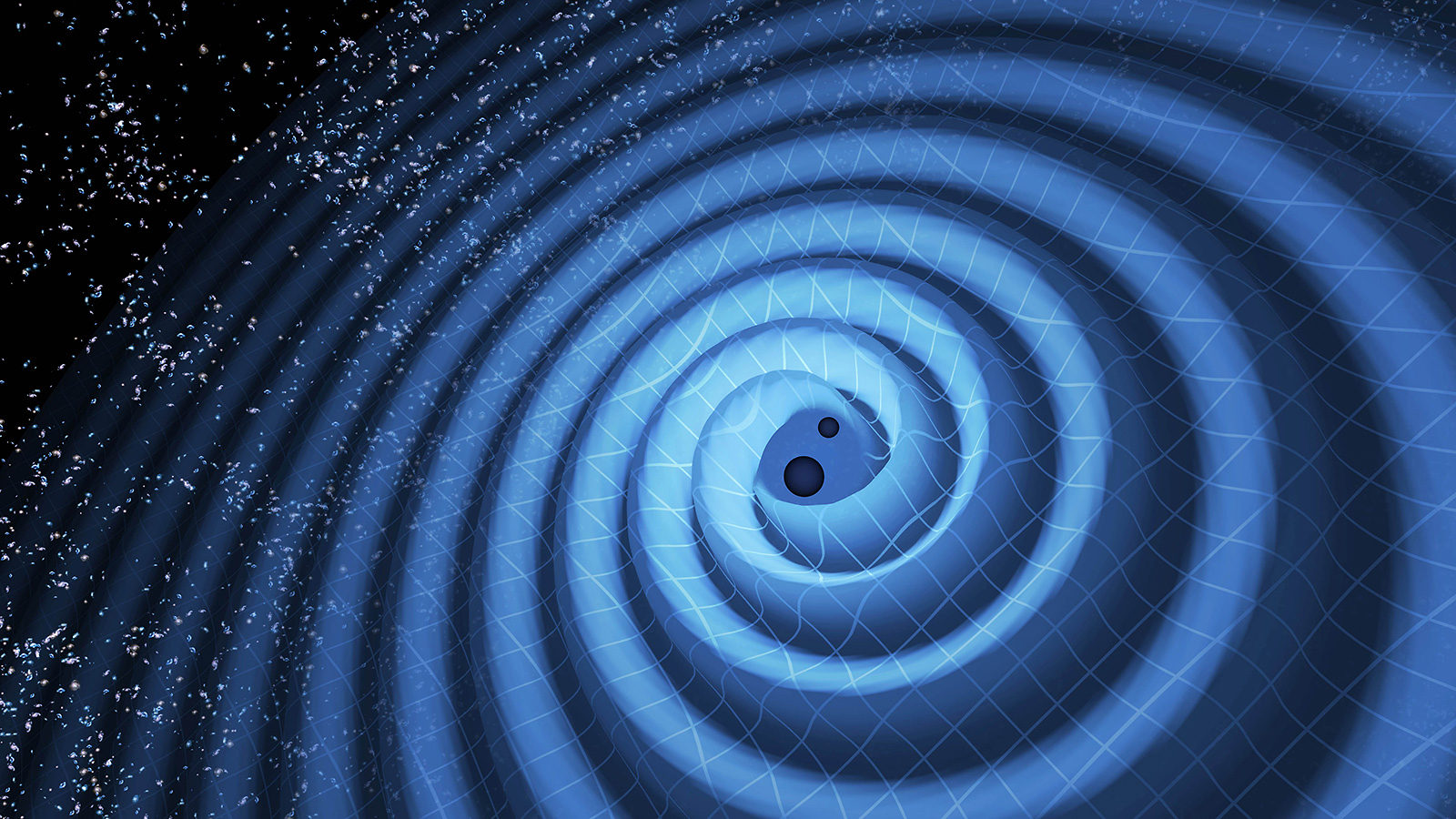 Courtesy of California Institute of Technology

Scientists from the LIGO and Virgo collaborations announced today the observation of gravitational waves from a set of merging black holes.

This follows their previous announcement, just four months ago, of the first ever detection of gravitational waves, also from a set of merging black holes.

Gravity is by far the weakest of the known forces, but if an object is massive enough and accelerates quickly enough, it creates gravitational waves powerful enough to be observed experimentally. LIGO, or Laser Interferometer Gravitational-wave Observatory, caught the two sets of gravitational waves using lasers and mirrors.

LIGO consists of two huge interferometers in Livingston, Louisiana, and Hanford, Washington. In an interferometer, a laser beam is split and sent down a pair of perpendicular arms. At the end of each arm, the split beams bounce off of mirrors and return to recombine in the center. If a gravitational wave passes through the laser beams as they travel, it stretches space-time in one direction and compresses it in another, creating a mismatch between the two.

Scientists on the Virgo collaboration have been working with LIGO scientists to analyze their data.

With this second observation, “we are now a real observatory,” said Gabriela Gonzalez, LIGO spokesperson and professor of physics and astronomy at Louisiana State University, in a press conference at the annual meeting of the American Astronomical Society.

The latest discovery was accepted for publication in the journal Physical Review Letters.

On Christmas evening in 2015, a signal that had traveled about 1.4 billion light years reached the twin LIGO detectors. The distant merging of two black holes caused a slight shift in the fabric of space-time, equivalent to changing the distance between the Earth and the sun by a fraction of an atomic diameter.

The black holes were 14 and eight times as massive as the sun, and they merged into a single black hole weighing 21 solar masses. That might sound like a lot, but these were relative flyweights compared to the black holes responsible for the original discovery, which weighed 36 and 29 solar masses.

“It is very significant that these black holes were much less massive than those observed in the first detection,” Gonzalez said in a press release. “Because of their lighter masses compared to the first detection, they spent more time—about one second—in the sensitive band of the detectors.”

The LIGO detectors saw almost 30 of the last orbits of the black holes before they coalesced, Gonzalez said during the press conference.

LIGO’s next data-taking run will begin in the fall. The Virgo detector, located near Pisa, Italy, is expected to come online in early 2017. Additional gravitational wave detectors are in the works in Japan and India.

Additional detectors will make it possible not only to find evidence of gravitational waves, but also to triangulate their origins.

On its own, LIGO is “more of a microphone,” capturing the “chirps” from these events, Gonzalez said.

The next event scientists are hoping to “hear” is the merger of a pair of neutron stars, said Caltech’s David Reitze, executive director of the LIGO laboratory, at the press conference.

Whereas two black holes merging are not expected to release light, a pair of neutron stars in the process of collapsing into one another could produce a plethora of observable gamma rays, X-rays, infrared light and even neutrinos.

In the future, gravitational wave hunters hope to be able to alert astronomers to an event with enough time and precision to allow them to train their instruments on the area and see those signals.

Gravitational waves and where to find them

Advanced LIGO has just begun its search for gravitational waves.

Let yourself be pulled into the weird world of black holes.