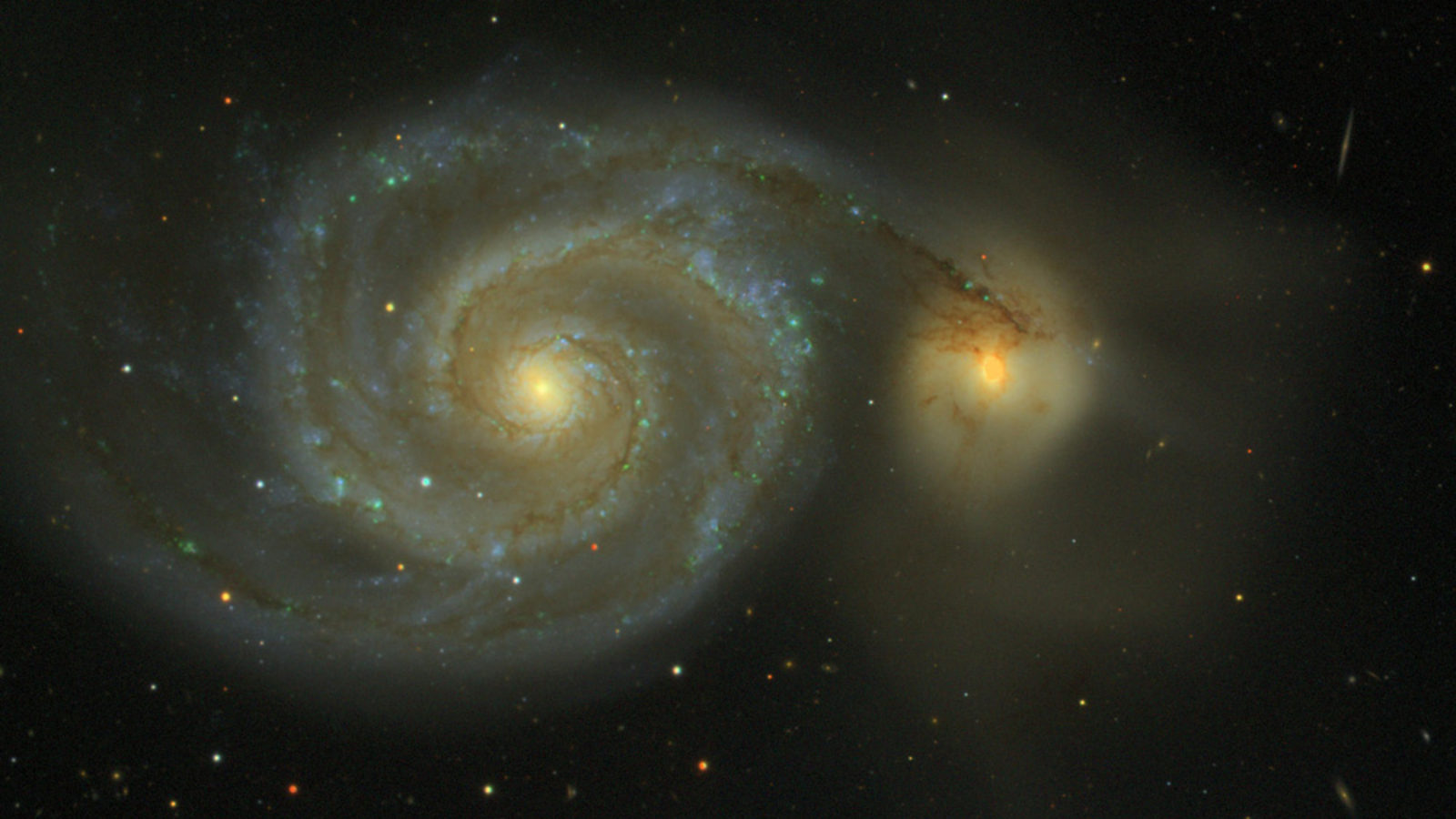 About 5 billion years ago the universe underwent a crucial transition. The gravitational tug that pulled together the matter in the universe was overwhelmed by a different, repulsive phenomenon. As a result, the universe began to expand at an accelerating rate.

Scientists have given that phenomenon a name: dark energy. However, they can say with confidence only what it does, not what it is, where it comes from, or why it’s pushing galaxies apart at an ever more rapid speed.

The Department of Energy recently declared the need to construct a powerful new device that scientists could use to address fundamental questions about dark energy.

Scientists have proposed two different projects to fulfill this need. The projects aim to study the three-dimensional distribution and motions of galaxies before and after the transition epoch between the matter-dominated and dark-energy-dominated eras.

"It turns out that the rate at which galaxies formed in the early universe as well as the expansion rate of the universe itself are sensitive to this stuff we call dark energy," says Fermilab physicist Josh Frieman, director of an existing dark energy experiment called the Dark Energy Survey. "So, those two things are what we're really trying to measure."

Scientists can look into the past by studying the light from distant galaxies. This will give scientists a better understanding of what role dark energy has played, Frieman says.

Scientists' main tools for studying how galaxies have been distributed over billions of years are imaging surveys and spectroscopic surveys. Imaging surveys compile a collection of images of the sky, while spectroscopic surveys go one step further, dispersing the light from certain objects within an image into individual wavelengths called a spectrum. They do this by attaching an instrument called a spectrograph to a telescope.

Scientists use imaging surveys to map out the sky and pinpoint galaxy locations. They follow these up with spectroscopic surveys. Both survey types are important because imaging surveys can accurately measure the two-dimensional positions and shapes of galaxies on the sky and spectroscopic surveys can precisely determine the three-dimensional positions.

In the northern hemisphere, the proposed BigBOSS project would attach a spectroscopic instrument to the Mayall telescope atop Kitt Peak in southern Arizona. BigBOSS is a scaled up version of the BOSS spectroscopic survey, currently in operation at Apache Point in New Mexico. In the southern hemisphere, the proposed DESpec project would attach a spectroscopic instrument to the Blanco telescope at the Cerro Tololo Inter-American Observatory in Chile, current home of the Dark Energy Survey. Lawrence Berkeley National Laboratory is the headquarters for the BigBOSS project, while Fermilab heads the design of DESpec.

Both of these projects would, in different ways, construct the largest three-dimensional maps of the cosmos ever made by collecting spectra of millions of galaxies—many times more than any previous spectroscopic survey.

"Our ability to study dark energy and the accuracy of the results is proportional to the number of galaxies we get," says Michael Levi of Lawrence Berkeley National Laboratory, director of BigBOSS.

If all goes well, scientists hope to start at least one new spectroscopic probe within the next several years.