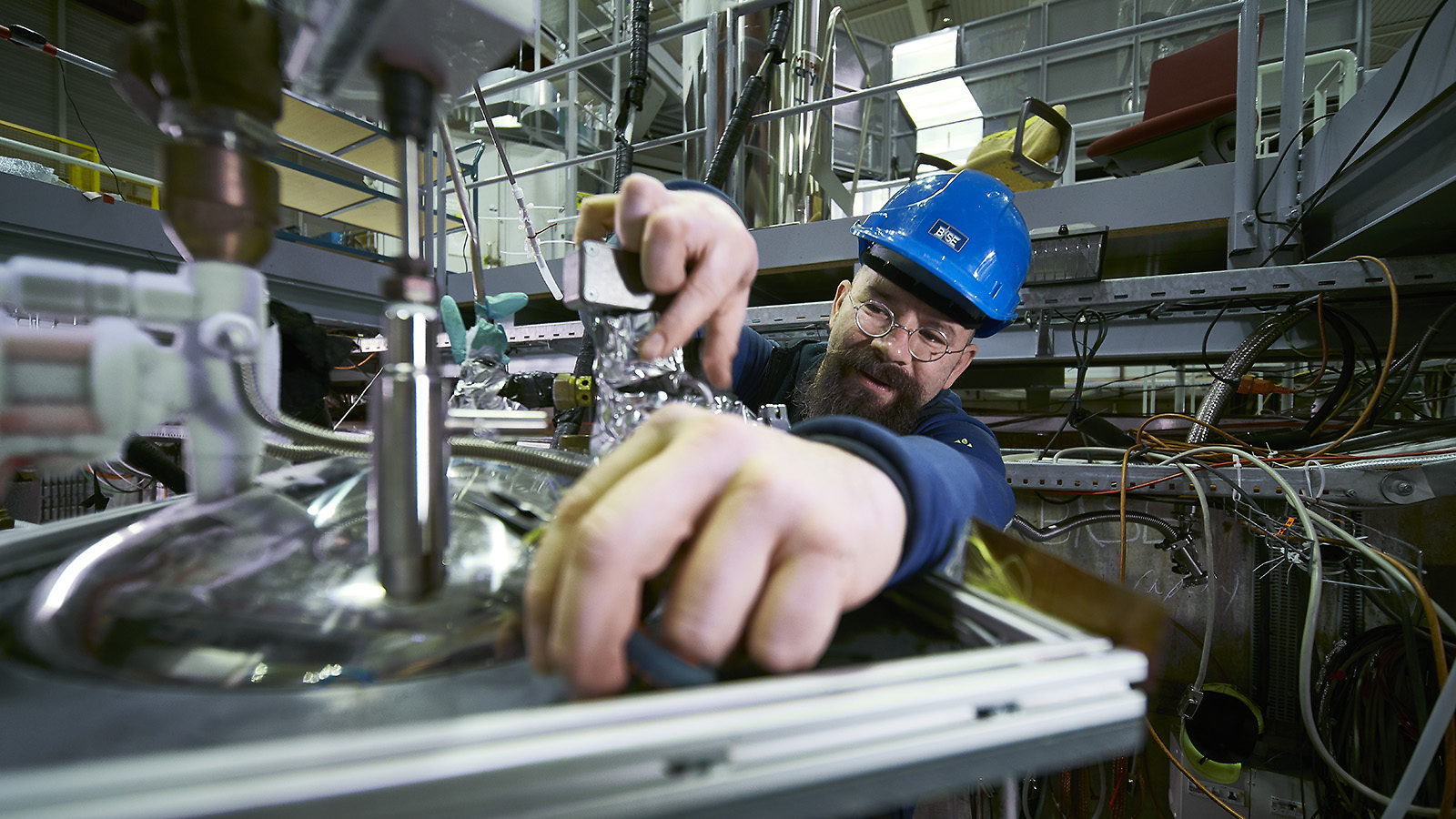 Scientists at CERN are celebrating a recent, rare achievement in precision physics: Collaborators on the BASE experiment measured a property of antimatter 350 times as precisely as it had ever been measured before.

The BASE experiment looks for undiscovered differences between protons and their antimatter counterparts, antiprotons. The result, published in the journal Nature, uncovered no such difference, but BASE scientists say they are hopeful the leap in the effectiveness of their measurement has potentially brought them closer to a discovery.

“According to our understanding of the Standard Model [of particle physics], the Big Bang should have created exactly the same amount of matter and antimatter, but [for the most part] only matter remains,” says BASE Spokesperson Stefan Ulmer. This is strange because when matter and antimatter meet, they annihilate one another. Scientists want to know how matter came to dominate our universe.

“One strategy to try to get hints to understand the mechanisms behind this matter-antimatter symmetry is to compare the fundamental properties of matter and antimatter particles with ultra-high precision,” Ulmer says.

Scientists on the BASE experiment study a property called the magnetic moment. The magnetic moment is an intrinsic value of particles such as protons and antiprotons that determines how they will orient in a magnetic field, like a compass. Protons and antiprotons should behave exactly the same, other than their charge and direction of orientation; any differences in how they respond to the laws of physics could help explain why our universe is made mostly of matter.

This is a challenging measurement to make with a proton. Measuring the magnetic moment of an antiproton is an even bigger task. To prevent antiprotons from coming into contact with matter and annihilating, scientists need to house them in special electromagnetic traps.

While antiprotons generally last less than a second, the ones used in this study were placed in a unique reservoir trap in 2015 and used one by one, as needed, for experiments. The trapped antimatter survived for more than 400 days.

During the last year, Ulmer and his team worked to improve the precision of the most sophisticated technqiues developed for this measurement in the last decade.

They did this by improving their cooling methods. Antiprotons at temperatures close to absolute zero move less than room-temperature ones, making them easier to measure.

Previously, BASE scientists had cooled each individual antiproton before measuring it and moving on to the next. With the improved trap, the antiprotons stayed cool long enough for the scientists to swap an antiproton for a new one as soon as it became too hot.

“Developing an instrument stable enough to keep the antiproton close to absolute zero for 4-5 days was the major goal,” says Christian Smorra, the first author of the study.

This allowed them to collect data more rapidly than ever before. Combining this instrument with a new technique that measures two particles simultaneously allowed them to break their own record from last year’s measurement by a longshot.

“This is very rare in precision physics, where experimental efforts report on factors of greater than 100 magnitude in improvement,” Ulmer says.

The results confirm that the two particles behave exactly the same, as the laws of physics would predict. So the mystery of the imbalance between matter and antimatter remains.

Ulmer says that the group will continue to improve the precision of their work. He says that, in five to 10 years, they should be able to make a measurement at least twice as precise as this latest one. It could be within this range that they will be able to detect subtle differences between protons and antiprotons.

“Antimatter is a very unique probe,” Ulmer says. “It kind of watches the universe through very different glasses than any matter experiments. With antimatter research, we may be the only ones to uncover physics treasures that would help explain why we don’t have antimatter anymore.”