Scientists are designing a next-generation experiment to map the Big Bang’s relic afterglow. 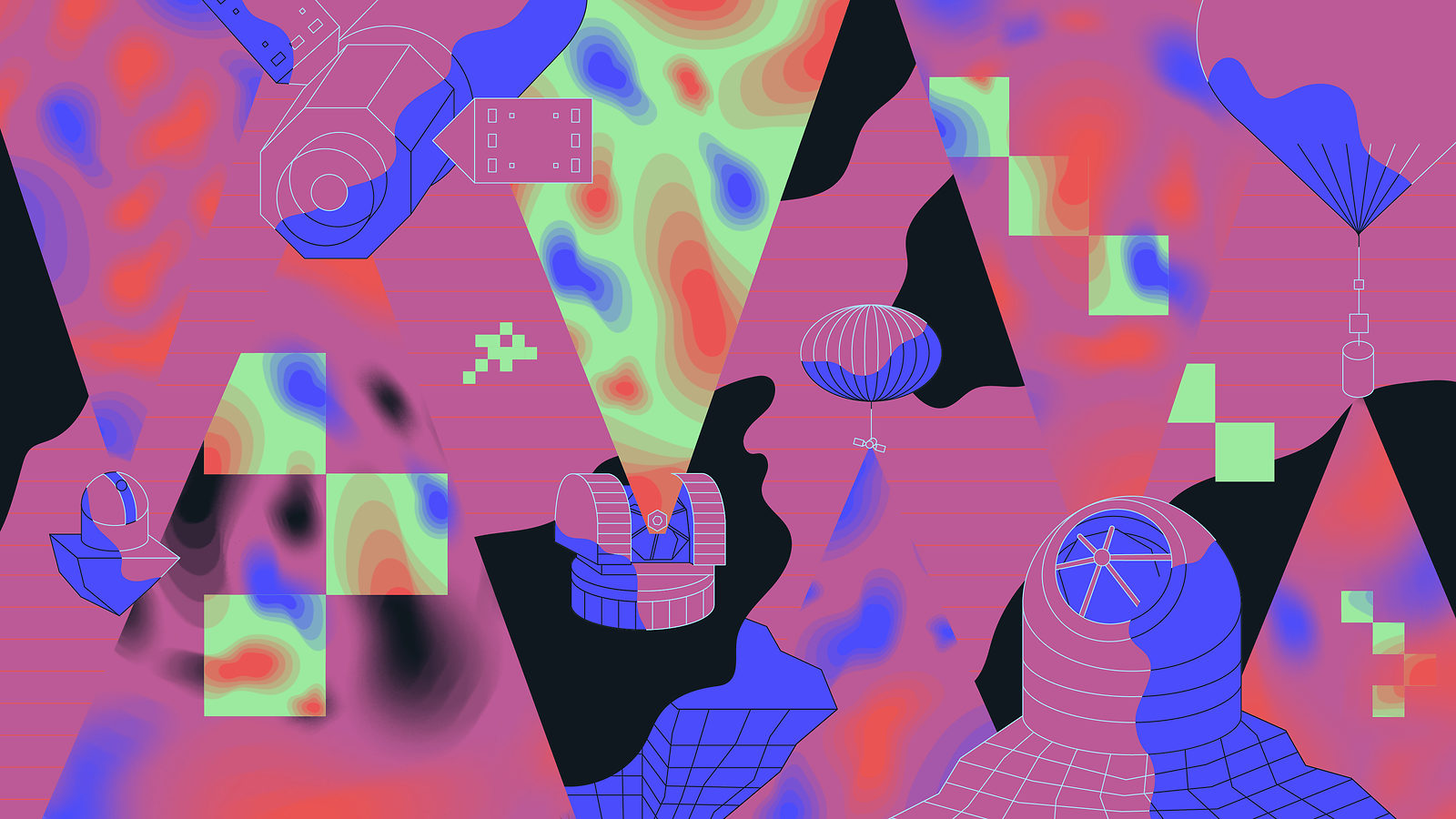 As the universe expanded, this primordial “fog” cooled until—380,000 years after the Big Bang—it was finally cool enough for the electrons and protons to combine to form the first stable hydrogen atoms. At this point the fog lifted and the photons escaped, free-streaming into the now-transparent universe. These photons now make up what we call the Cosmic Microwave Background.

In 1964, astronomers Robert Wilson and Arno Penzias discovered that we can still detect this background, called the CMB for short. Since then, scientists have employed a mix of space-, balloon-, and ground-based experiments to crack the secrets contained in the universe’s oldest light.

“Everyone in the CMB community shares a common vision.”

Ground-based experiments designed to study the CMB have gotten larger and more sophisticated over time. Now, nearly 200 scientists who have up until this point worked on different competing CMB experiments have joined forces to propose a 4th generation experiment, the largest ground-based one yet, called CMB-S4.

“Everyone in the CMB community shares a common vision,” says Abigail Vieregg, a scientist at the University of Chicago and CMB-S4 collaborator. “We want to find out what happened at some tiny fraction of a second after the Big Bang.

“CMB-S4 will be the first experiment that is big and bold enough that it requires everybody in the community to join together.”

Over the past few decades, the cameras of CMB experiments have evolved from containing just hundreds of sensors to containing tens of thousands. CMB-S4, however, is aiming for half a million, which will provide unprecedented sensitivity—detecting nanokelvin fluctuations in the CMB, which has a measured average temperature of around 2.713 Kelvin—and position scientists to learn more from the CMB than ever before.

The US Department of Energy, along with the National Science Foundation supports planning for CMB-S4. DOE approved Critical Decision 0 “Mission Need” for CMB-S4 in July 2019. Within the next few months, DOE expects to announce a process to select a lead laboratory to carry out the potential DOE roles and responsibilities.

The CMB permeates all of the universe, carrying the imprint of early cosmological history. Scientists can use it to trace cosmic evolution to the first moments of the universe.

“The CMB is a large part of the foundation of our modern picture of cosmology and what we understand about the universe today," says collaborator Zeeshan Ahmed, a scientist at SLAC National Accelerator Laboratory. “The cool thing about it is it captures information about stuff that happened before its release, and it acts like a backlight for the rest of time. As it streams along, it carries signatures of interactions that happen along the way."

Best of both worlds

What sets CMB-S4 apart is both its unprecedented sensitivity and the area of sky it will be able to cover from the ground.

The experiment will employ both small and large telescopes in two of the highest and driest deserts on Earth—the South Pole and the high Chilean Atacama plateau—which helps minimize atmospheric disturbances that obscure the data. Because both sites provide different advantages, combining them will enable the experiment to take the best of both worlds.

“You can focus on a single ultra-deep patch of sky from the South Pole in a way that you can't from the Atacama,” says Julian Borrill, a scientist at Berkeley Lab and co-spokesperson for CMB-S4. “But you can cover a much larger fraction of the sky from Atacama. There's a lot of complementarity between the two sites. It doesn't just cut into these two separate pieces.”

Split between the two sites, the smaller telescopes will zoom in on inflation signals while the larger ones will investigate structure evolution.

Scientists will equip each telescope with cameras containing superconducting sensors. Using these sensors, the cameras will scan the sky, rastering back and forth to produce maps that scientists will later analyze.

CMB-S4 will track the evolution of the universe, opening a window on inflation by measuring polarization and uncovering large-scale structures by detecting slight bends in the path of the CMB as it passes through massive objects such as galaxy clusters. In addition, CMB-S4 could locate nearby objects in space, such as asteroids or the hypothetical Planet 9, and shed new light on neutrino masses, dark matter and undiscovered particles.

“These unbelievably light, faint, noninteracting particles are extraordinarily hard to detect individually, but there are so many of them that they change the evolution of the universe as a whole,” Borrill says. “We can measure that collective effect and use it to weigh neutrinos and detect missing particles.”

The CMB can also teach scientists about the Cosmic Dawn, a time shortly after the CMB was released when hydrogen and helium atoms seeded the first stars and galaxies. As these stars switched on, they heated the gas around them, producing tiny thermal signatures in the CMB which CMB-S4 could potentially detect.

“The CMB is an amazing probe of the universe,” Vieregg says. “The science portfolio is just so broad, there’s something for everyone.

“When we started to think about the next steps we need to take to investigate it, we realized there was going to have to be a sea change going from multiple competing experiments to one enormous experiment that brings together the whole community. CMB-S4 will be a technological leap that could potentially teach us about the very beginning of time all the way to what’s happening today.”