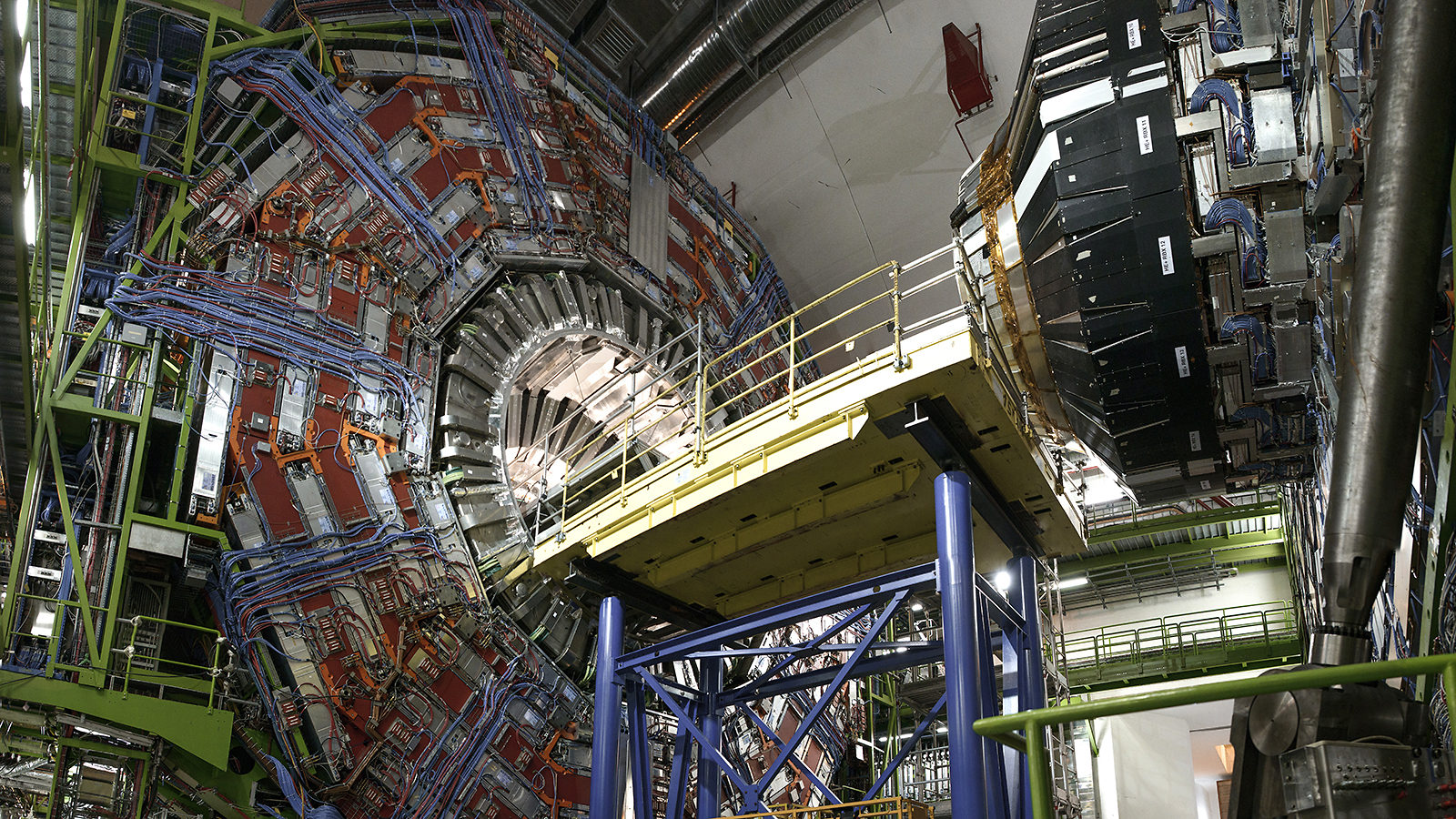 Every second, the Large Hadron Collider generates millions of particle collisions. Scientists watching these interactions usually look out for only the most spectacular ones.

But recently they’ve also taken an interest in some gentler moments, during which the accelerated particles interact with photons, quanta of light.

When charged particles—like the protons the LHC usually collides or the lead ions it is colliding right now—are forced around bends in an accelerator, they lose energy in the form of light radiation.

Originally, physicists perceived this photon leak as a nuisance. But today, laboratories around the world specifically build accelerators to produce it. They can use this high-energy light to take high-speed images of materials and processes in the tiniest detail.

Scientists are now using the LHC as a kind of light source to figure out what’s going on inside the protons and ions they collide.

The LHC’s accelerated particles are chock-full of energy. When protons collide—or, more specifically, when the quarks and gluons that make up protons interact—their energy is converted into mass with manifests as other particles, such as Higgs bosons.

Those particles decay back into energy as they sail through particle detectors set up around the collision points, leaving their signatures behind. Physicists usually study these particles, the ones created in collisions.

In proton-photon collisions, however, they can study the protons themselves. That’s because photons can traverse a particle’s core without rupturing its structure. They pass harmlessly through the proton, creating new particles along the way.

“When a high-energy light wave hits a proton, it produces particles—all kinds of particles—without breaking the proton,” says Daniel Tapia Takaki, an assistant professor at the University of Kansas who is a part of the CMS collaboration. “These particles are recorded by our detector and allow us to reconstruct an unprecedentedly high-quality picture of what’s inside.”

Tapia Takaki is interested in using these photon-induced interactions to study the density of gluons inside high-energy protons and nuclei.

As a proton is accelerated to close to the speed of light, its gluons swell and eventually split—like cells dividing in an embryo. Scientists want to know: Just how packed are gluons inside these protons? And what can that tell us about what happens when they collide?

The Standard Model—a well-vetted model that predicts the properties of subatomic particles—predicts that the density of gluons inside a proton is directly related to the likelihood a proton will spit out a pair of charm quarks in the form of a J/psi particle during a proton-photon interaction.

“So by measuring the J/psi’s production rate very precisely, we can automatically have access to the density of gluons,” Tapia Takaki says.

Prior to joining the CMS experiment, Tapia Takaki worked with colleagues on the ALICE experiment to conduct a similar study of photon-lead interactions. Tapia Takaki plans to study the lead ions currently being collided in the LHC in more detail with his current team.

The trickiest part of these studies isn’t applying the equation, but identifying the collisions, Tapia Takaki says.

To identify subtle proton-photon and photon-lead collisions, Tapia Takaki and his colleagues must carefully program their experiments to cherry-pick and record events in which there’s no evidence of protons colliding—yet there is still evidence of the production of low-energy particles.

“It’s challenging because the interactions of light with protons or lead ions take place all the time,” Tapia Takaki says. “We had to find a way to record these events without overloading the detector’s bandwidth.”