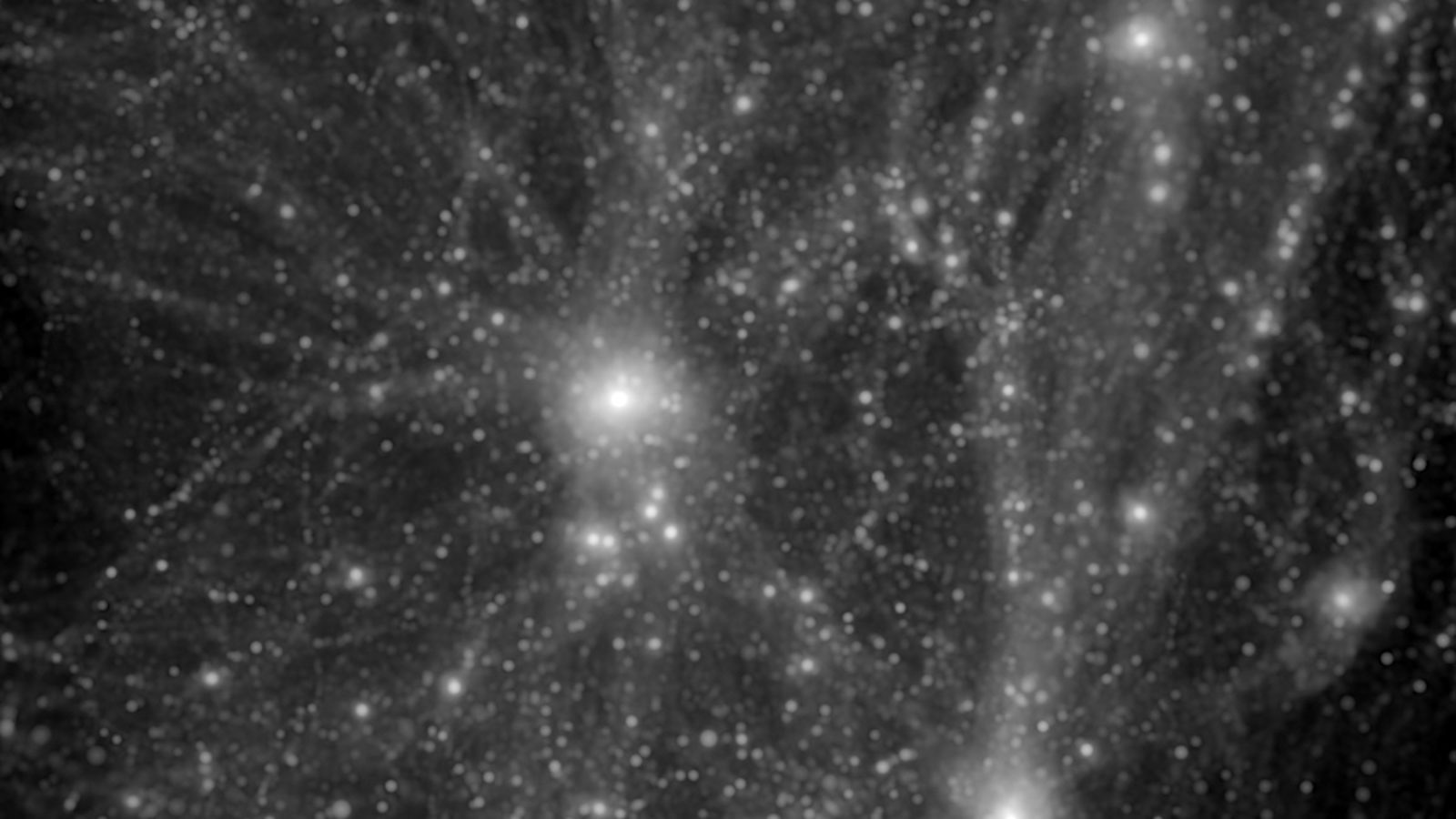 Scientists have narrowed down how strongly dark matter particles might interact with normal matter.

A team led by scientists from the US Department of Energy’s SLAC National Accelerator Laboratory and Stanford University found that, based on the number and distribution of small satellite galaxies seen orbiting our Milky Way, this interaction is at least a thousand times weaker than the strongest interaction allowed by previous astrophysical analyses.

“Improving our understanding of these interactions is important because it’s one of the factors that helps us determine what dark matter can and cannot be,” says Risa Wechsler, director of the SLAC/Stanford Kavli Institute for Particle Astrophysics and Cosmology and the study’s senior author.

The study can also help researchers refine their models for the evolution of the universe because dark matter and its interactions with gravity play such a fundamental role in how galaxies form.

Study lead author Ethan Nadler, a graduate student working with Wechsler, says, “Our results exclude dark matter properties in a mass range that has been largely unexplored before, nicely complementing the outcomes of other experiments that set tight limits for heavier dark matter particles.”

The researchers recently published their results in The Astrophysical Journal Letters.

Most of the structure in today’s universe can be explained with a quite simple dark matter model. It assumes that dark matter is relatively “cold”—meaning it moved very slowly compared to the speed of light—and “collisionless”—meaning it doesn’t interact with itself or regular matter.

This “cold dark matter” model works well on very large scales, including clusters of galaxies, and describes how typical galaxies are clustered in the universe.

Yet, by the early 2000s, researchers only knew of about 10 of them. “The apparent discrepancy between observations and predictions made people think there is a serious issue with the model,” Nadler says.

Recently this has become less of a problem, he says. “Increasingly sensitive astrophysical surveys have discovered many more faint satellite galaxies, and we expect next-generation instruments like the Large Synoptic Survey Telescope to find hundreds more if the simplest cold dark matter model is correct.”

But, “if fewer galaxies are observed, this could indicate that the simplest model is not exactly correct. At the same time, we don't expect the smallest halos to host galaxies, so understanding the connection between galaxies and halos is crucial to make conclusions about the nature of dark matter.”

Limiting what dark matter can be

One way the dark matter model can be modified is by assuming that dark matter was produced in a “warmer” state in the early universe, meaning it moved faster than in the simple model and was less likely to clump. This would result in a smaller number of dark matter halos and cut down the number of observable satellite galaxies.

Because the mass of dark matter controls its velocity when it was produced in the early universe, the abundance of satellites can be used to determine the minimum mass of warm dark matter particles.

Here, the researchers looked at a different property of dark matter in other non-standard models: its interaction with normal matter. They showed that collisions between dark matter particles and regular matter particles like protons and neutrons would also reduce the observable satellite population.

“If the interaction is very strong, it erases small dark matter halos and suppresses a lot of the small structure,” Wechsler says. “But we can actually see some smaller structures based on the tiny galaxies they host, so the interaction can’t be too strong either.”

In other words, the number of observable satellite galaxies provides a path to learning about these fundamental interactions.

In their study, the team varied the strength of the collision interaction in their dark matter model and ran simulations to predict how that affected the distribution of dark matter halos. Then, they tried to fit known satellite galaxies into the halos.

“What’s really exciting is that our study nicely bridges experimental observations of faint galaxies today with theories of dark matter and its behavior in the early universe. It connects a lot of pieces, and by doing so it tells us something very profound about dark matter,” Nadler says.

The researchers found that in order to make everything fit together, dark matter particles with relatively low mass must interact at least a thousand times more weakly with normal matter than the previous limit.

Before this work, the leading constraints in this mass range were set by astrophysical studies based on the Cosmic Microwave Background, the earliest light in the universe. Meanwhile, direct detection experiments, which search for signs of dark matter with sensitive underground detectors, set stringent limits on the interaction strength for heavier dark matter particles, making studies of satellite galaxies highly complementary to those experiments.

“Although we still don’t know what dark matter is made of, our results are a step forward that sets tighter limits on what it actually can be,” Nadler says.