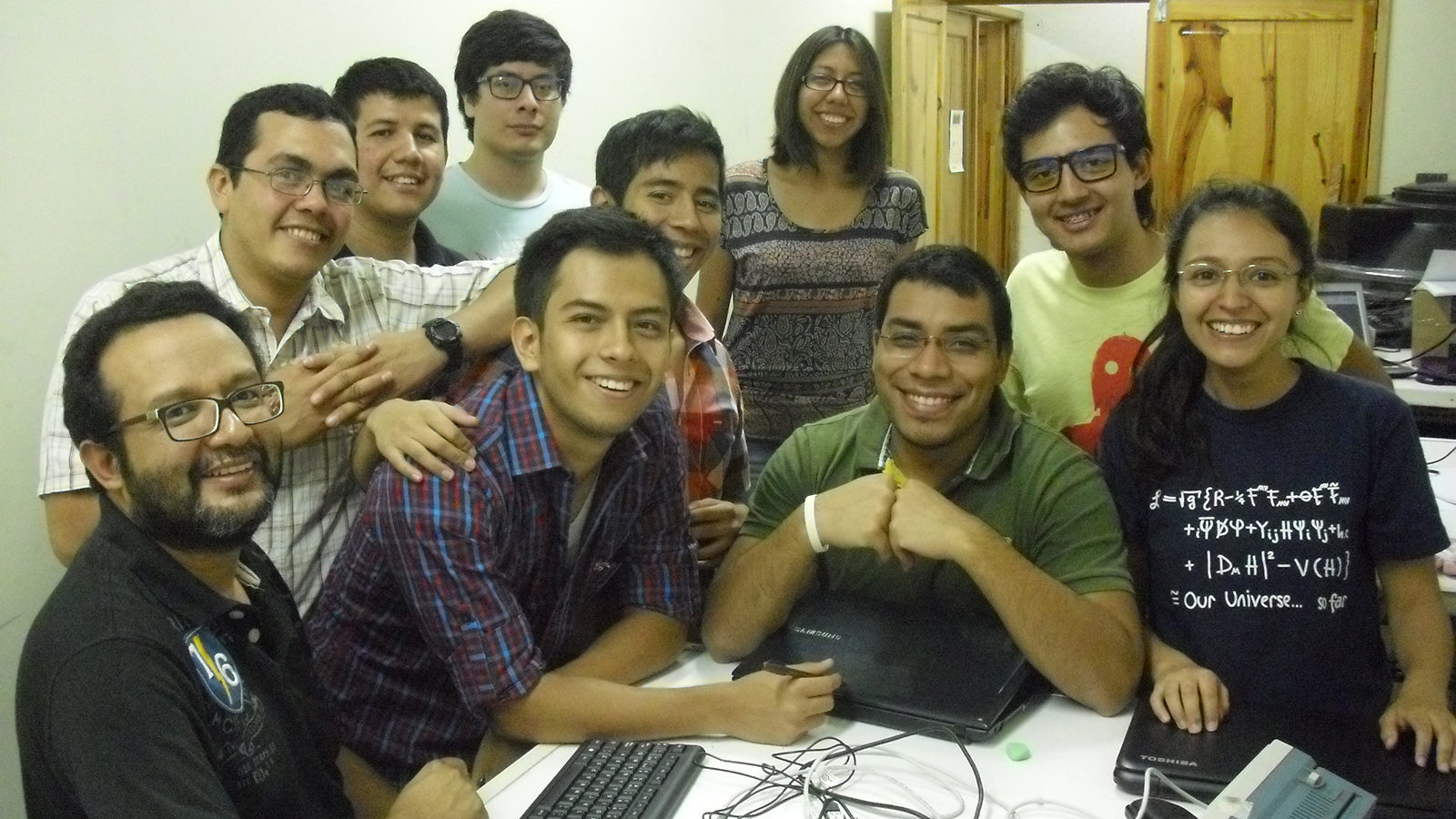 Professors and students of physics in Latin America have much to offer the world of physics. But for those interested in designing and building the complex experiments needed to gather physics data, hands-on experimentation in much of Central and South America has been lacking. It was that gap that something called the Escaramujo Project aimed to fill by bringing basic components to students who could then assemble them into fully functional detectors.

“It was something completely new,” says Luis Rodolfo Pérez Sánchez, a student at the Universidad Autónoma de Chiapas, Mexico, who is writing his thesis based on measurements taken with the detector. “Until now, there was no device at the university where one could work directly with their hands.”

Each group of students built a detector, which they used to measure cosmic-ray muons (particles coming from space). But they did more than that. They used a Linux open-source computer operating system for the first time, calibrated the equipment, plotted data using the software ROOT and became part of an international community. The students used their detectors to participate in International Cosmic Day, an annual event where scientists around the world measure cosmic rays and share their data.

The Escaramujo Project is led by Federico Izraelevitch, who worked at Fermi National Accelerator Laboratory near Chicago during its planning stages and is now a professor at Instituto Dan Beninson in Argentina. During the project, Izraelevitch and his wife, Eleonora, traveled with three canine companions on a road trip from Chicago to Buenos Aires, stopping to teach workshops in Mexico, Guatemala, Costa Rica, Colombia, Ecuador, Peru and Bolivia. Many nights found them in spots with no tourist lodging or even places to camp with their van.

“People received us with a smile and gave us a cup of coffee, or food, or whatever we needed at the time,” Izraelevitch says. “People are amazing.” 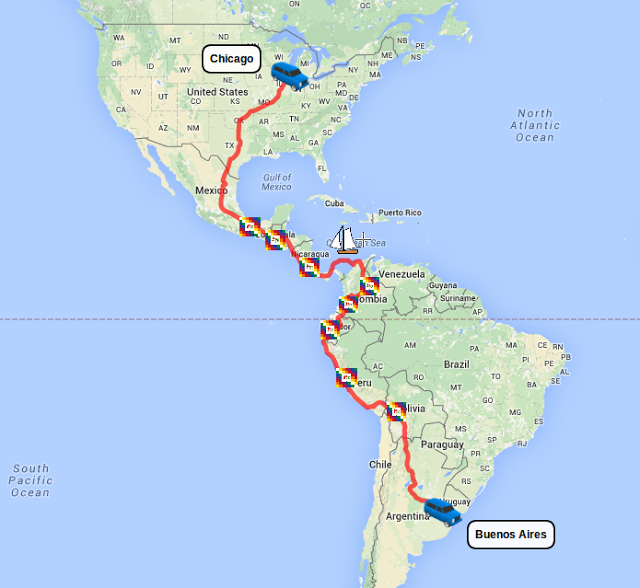 Federico and Eleonora Izraelevitch traveled by van from Chicago to Buenos Aires.

In many locations, students took their detector on a field trip shortly after assembling it. The group in Pasto, Colombia, turned theirs into a muon telescope and carted it to the nearby Galeras volcano, where a kind local lent them a power supply to get things running. They studied an effect of the volcano: muon attenuation, or weakening of the muon signal. Students in La Paz, Bolivia, placed the detector in the back of a van and drove it to a lofty observatory, measuring how the muon flux changed with altitude.

The Escaramujo Project forged direct connections between students at eight universities, who can now use their detectors to collect and share data with other Escaramujo participants.

“This state is one of the poorest states in Mexico,” says Karen Caballero, a professor at UNACH who brought the Escaramujo Project to the university. “The students in Chiapas don’t have the opportunity to participate in international initiatives, so this has been very, very important for them.”

Caballero says there are plans for the full Escaramujo cohort to use their detectors to calibrate expansions of the Latin American Giant Observatory, used for an experiment that began in 2005. LAGO uses multiple sites throughout Central and South America to study gamma-ray bursts, some of the most powerful explosions in the universe, as well as space weather.

While the workshops for the program wrapped up in early 2016, Izraelevitch says he hopes to visit more universities and lead more workshops in the future.

“Hopefully all these sites can continue growing and working as a collaboration in the future,” he says. “These people are capable and have all the knowledge and enthusiasm for being part of a major, first-class experiment.” 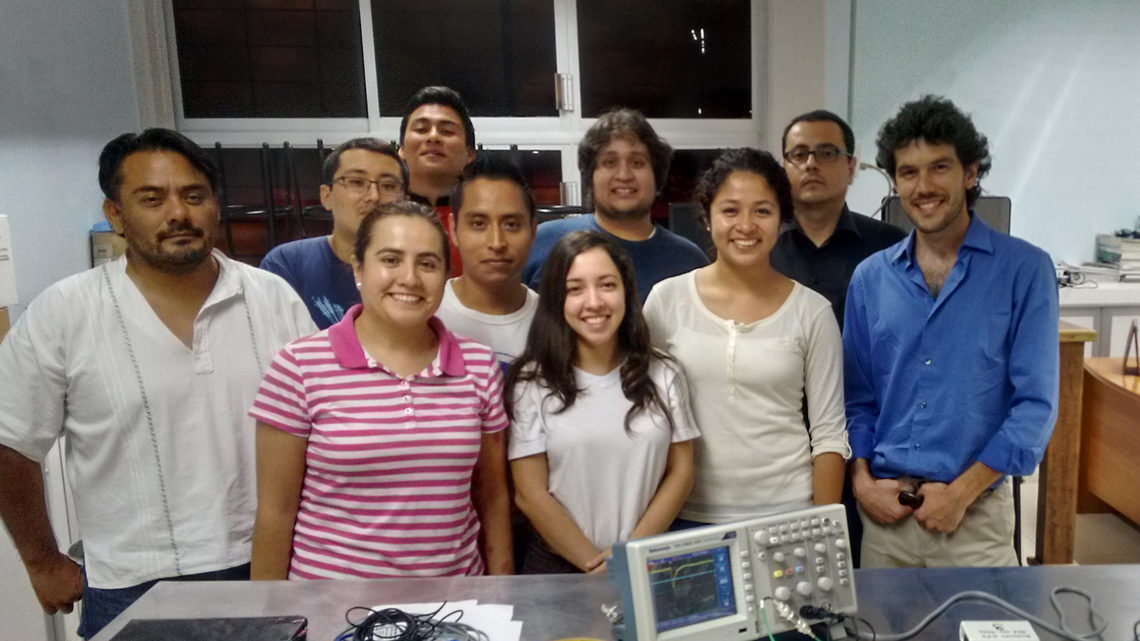 Students at the Universidad Autónoma de Chiapas in Mexico built a detector with the Escaramujo Project.

Federico Izraelevitch
Follow
Use your browser’s print dialog box to create a pdf.