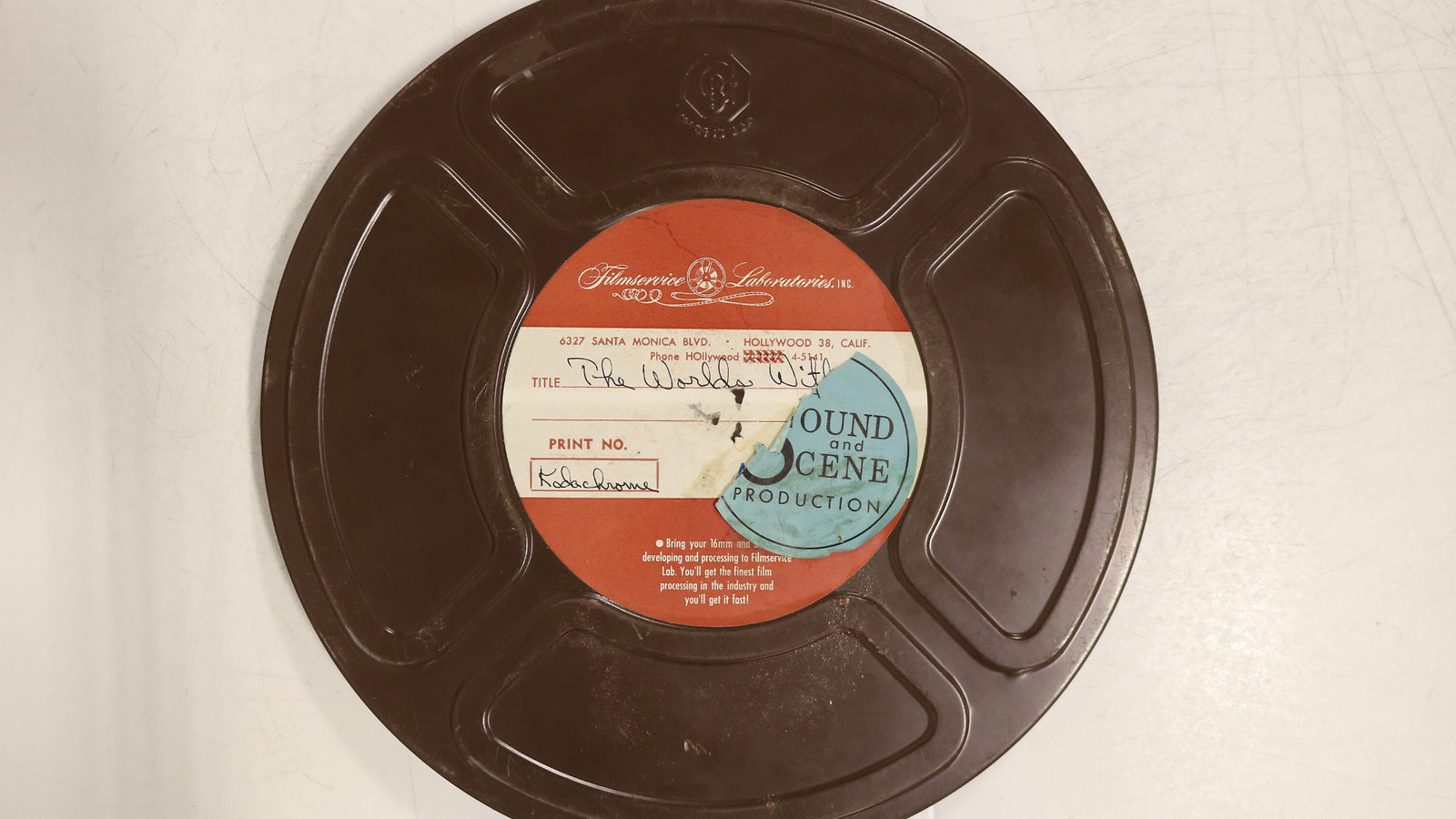 A pair of 1964 films detailing the construction of Stanford Linear Accelerator Center, later renamed SLAC National Accelerator Laboratory, were recently remastered and are now available for viewing on YouTube thanks to a partnership between the films’ producer, J. Douglas Allen, and the SLAC Archives, History & Records Office.

The films provide a fascinating look back at the origins of SLAC and the history of particle physics in the United States. At the time of the production, SLAC was the largest civilian basic science project ever undertaken in the United States. The site where it was being built, along Sand Hill Road in Menlo Park, California, was then largely orchards and pasture. Today the region is known as Silicon Valley and considered an unparalleled cradle of innovation.

Filmmaker J. Douglas Allen produced a number of films for Stanford in the 1960s and still lives near campus in Menlo Park. After a friend of his happened upon a low-quality copy of “Fabricating the Linear Accelerator” on YouTube, Allen reached out to SLAC to say he had master copies he could offer. SLAC’s Archives, History & Records Office responded and worked with him to turn his 16 mm film prints to new digital masters in full HD quality.

“The archives office was very excited to digitize this historic 16 mm film footage when Doug offered it to us,” says SLAC archivist Dorothy Leung. “We had various cuts in the archives but not the first answer print” [a term for the version of a film in its original intended format].

Allen certainly didn’t set out to work on films about building particle accelerators. He grew up on a ranch in Texas, and after attending Stanford as an undergraduate he went into the Navy and became a pilot. Aviation became his lifelong passion, but he returned to Stanford for business school, and after completing his MBA was awarded a one-year fellowship to the Nuffield Foundation’s Unit for the History of Ideas in London. The fellowship allowed him to combine his interests in geography, flight and photography and study the British documentary craft amongst leading filmmakers of the time.

When he returned to Stanford, he made a few films for the University Relations Office. A neighbor who worked in public affairs at SLAC, Doug Dupen, approached him about signing on with a project that was planning to make films about the lab. Allen billed hourly for his time and had no real crew; he did all the filming and editing himself. An authorization request letter to the AEC estimated a total budget of about $10,000, an amount that would be roughly $84,000 today.

The script was drafted ahead of production, and correspondence shows that even at that time, the prospect of explaining SLAC’s science to the public was a challenge. A letter from then-assistant to the SLAC director Bill Kirk diplomatically notes, “Some few technical facts are not quite correctly put, and we shall probably have a local argument about several statements that might be felicitously phrased.”

Using an Arriflex 16 mm camera, Allen recorded luminary physicists of the time, like SLAC founding director W. K. H. Panofsky and accelerator pioneer Edward L. Ginzton, as well as each individual stage in the process of fabricating a section of the 2-mile linear accelerator.

“I remember being impressed by the size of the project and the technical detail that went into making it,” Allen recalls.

He would go on to devote most of his career to his interest in aviation, making films for the Hiller Aircraft Company, Evergreen Helicopters, Gates Learjet Corporation and many others, but he still recalls the SLAC project fondly. He became close personal friends with Sigurd Varian, a fellow aviation enthusiast who co-invented the klystron technology that power the linear accelerator with his brother, Russell Varian. Allen still has a lamp made from a piece of the accelerator structure in his living room.

Though the films reflect how much has changed over the past half-century, “Worlds Within” ends with a line that also shows how SLAC’s fundamental pursuits endure. The narrator states, “Knowledge, and the fundamental understanding of nature. Products of the greatest quest in man’s history: to search for truth. To forge new paths into the minute jungle, so small that most of it has not yet been conceived in the minds of man.”

Editor's note: This article is adapted from an article originally published by SLAC National Accelerator Laboratory.