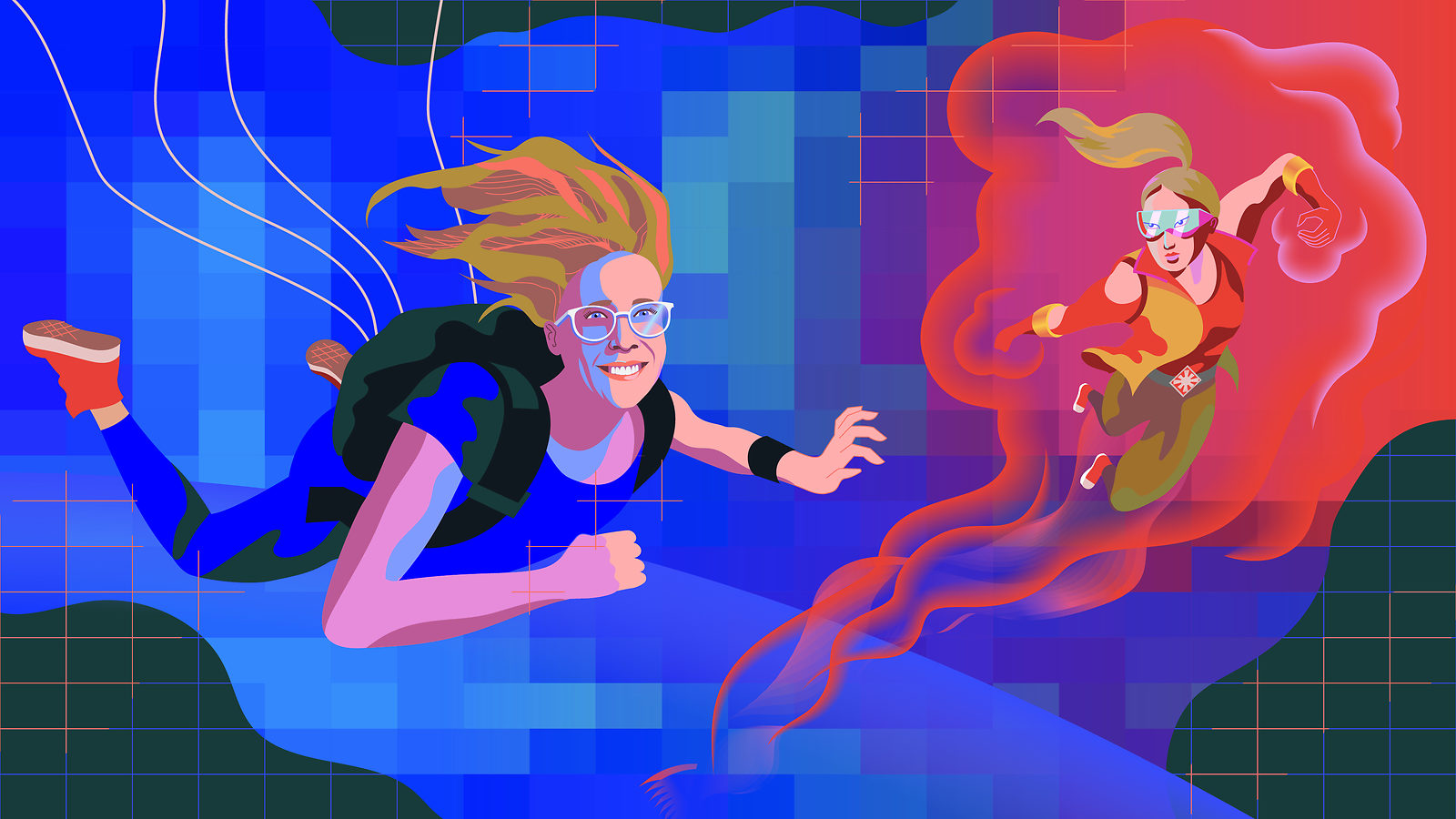 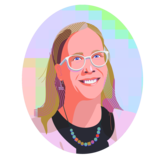 Fermilab’s current suite of education and outreach is broad, reaching students and the public both locally and around the globe. At the lab itself, opportunities include a science education center, public tours, K-12 visits, and the lab's famous bison. There are programs such as Ask-A-Scientist, the Fermilab Arts and Lecture Series, and events including the annual STEM Career Expo and Family Open House. Fermilab also reaches beyond the boundaries of the site to local fairs and festivals, talks at organizations and schools, the QuarkNet program, and much more.

This is all now the purview of Becky Thompson, Fermilab’s new head of the Office of Education and Public Outreach. Previously the head of public outreach for the American Physical Society, her work has ranged from writing books about the science of Game of Thrones to building beds of nails for science expos. She sat down with Symmetry writer Lauren Biron to discuss physics, outreach, and life beyond the lab.

We hear your recent wedding had science experiments as the centerpieces.

We did a DIY wedding and I went a little overboard. The reception was in a brewery. There were big tables and each had a different experiment. One had drinking birds, one had fake snow, one had a Chinese spouting bowl, one had density beads. I wanted something that people could interact with so that it wasn’t awkward, because receptions can be awkward! I brought in a smoke cannon trash can and put it aside with the fog machine. My friends from APS used it—until my aunt got confused that there was a fire and unplugged the smoke machine, so we stopped that. We had a really good time interacting with the experiments and with each other.

Can you take us on a quick journey of how you got into physics outreach?

When I was in grad school, my advisor one day walked into my office and said, “What are you doing? I’m teaching professional development and I need the least intimidating physicist I can find.” I said, “I can do that.” He pushed me to do more education things, and teachers asked me to do demo shows. I started working more with the UTeach program at [the University of Texas] Austin, which gets undergrads teaching right away. When I was getting ready to graduate, my advisor and I talked about what I should do. He said, “You could go on in physics, but the skill set you have with the ability to connect with the audience and the public, not everyone has that.” From there I went to the American Physical Society and, over 11 years, expanded what they were doing. As part of that I started writing the Spectra comic book series.

Tell us more about Spectra, the superhero with the powers of a laser. Why did you decide to make a comic? Is she based on you?

PhysicsQuest was a program where we made a kit with experiments and sent it out around the country. It was originally based on a physicist’s life, and you learned a bit about them as you worked through the kit. We made a comic book for it about Nikola Tesla, and people liked it. The next year was LaserFest, and we wanted to do something related to lasers. We did the obvious thing and invented a superhero.

I sent a character sheet to our artist laying out how I envisioned her, and her powers – but let him design everything else. I used to wear red Converse high tops to work all the time, and when I got the first draft of Spectra I realized instantly what he had done: she had red Converse on. As for her personality, the story has been fun because it’s based on my middle school experience—but I get to rewrite it with the ending I wanted. It was neat to have something to pull on and make it very centered in middle school and what that felt like. This was all great until I went to my high school reunion. A bunch of the people I based characters on had kids that read Spectra.

Do you have a favorite outreach project that you’ve worked on?

There are so many. One of my favorite things we’ve done with APS was the USA Science and Engineering festival. We had a 20-by-40-foot booth—it was huge! I built a bed of nails, and watching people be impressed and then understand why it works was really rewarding.

Obviously, I’ve also loved making the comic books, and going to San Diego Comic Con was wonderful. I learned that one kid dressed up as Spectra for Halloween and it was the greatest thing ever.

What are the most challenging – and rewarding – things about doing physics outreach?

If I’m on a plane or a bar and chatting with someone, they’ll usually ask me what I do. If I want to keep talking, I’ll tell them that I’m a comic book author, but if I want them to go away, I’ll say I’m a physicist. My career goal is to change that reaction.

One of the most challenging things is that people have already decided that they don’t understand it. But they can understand it. The first step is breaking down that barrier. They think all physicists are like on The Big Bang Theory, and so smart, and that they could never get there. But I like to teach them that they already understand certain things that are based in physics—so they can learn to understand new things.

One of the most rewarding things is seeing someone who was afraid of science or physics to start asking amazing detailed questions that make me really think. I got to teach at a girls’ STEM camp this summer and they asked questions that I never would have thought of. That moment of understanding when they get it is great, but that step forward of getting it enough to ask incredible questions is awesome.

What are your first impressions of Fermilab, and what’s your vision for Fermilab education and outreach?

Everyone has been so welcoming. You go down to the cafeteria and everyone says “hi” to everyone. Everything Fermilab has done to make me part of the team so quickly has been incredible. I really am impressed with how focused the lab is on making sure everyone can be the best they can. I’m still learning everything EPO is doing—there’s so much and I’m excited about that.

There’s a lot of weird stuff. I make amazing brownies. In high school, I was the youngest person (in Delaware, at least) to get my skydiving license. When Felix Baumgartner did his jump for Red Bull, I got to talk to a lot of reporters about the physics of skydiving, because I could talk about it from both perspectives. Once, for Gizmodo, I got to calculate how many laser pointers it would take to kill someone. I love calculations like that. I did more of them for my Game of Thrones book.

I also do triathlons. I’ve done eight Iron Mans. I took a break this year but did the Chicago Triple Challenge. It was fun. I’ve been eating a lot since then; I had three lunches yesterday. I love riding my bike, I was a swimmer in college, and I hate running—but it gets me to the finish line. I’ll do anything for a free t-shirt. And I knit.