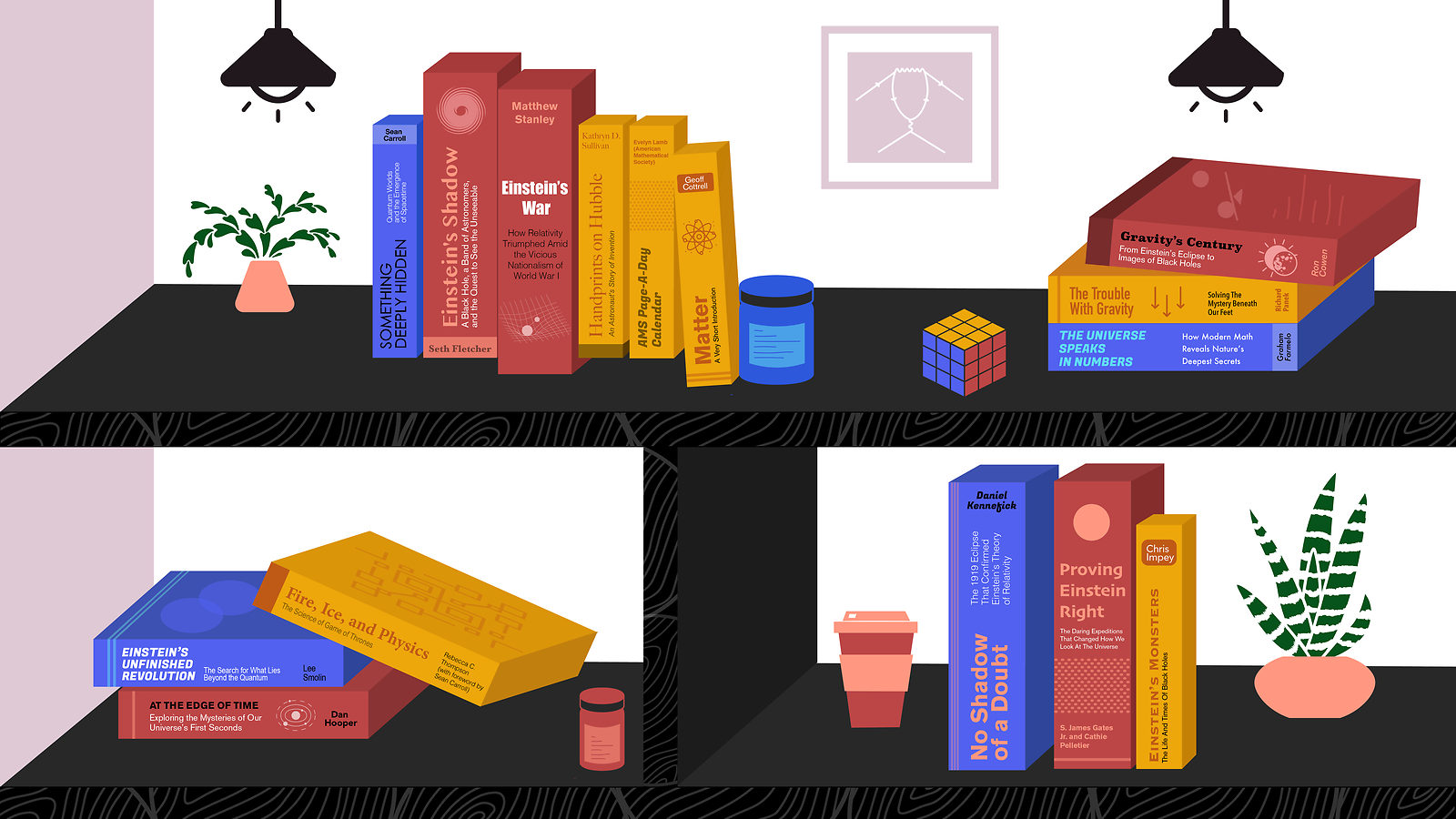 The year 2019 was a banner one for Albert Einstein: It included the first image of a black hole and the 100th anniversary of the 1919 solar eclipse expeditions that validated his theory of general relativity. Learn more about both, plus topics such as quantum theory, the Hubble Space Telescope, and the science (and fiction) of Game of Thrones in Symmetry writer Mike Perricone’s annual list of new popular physics books. 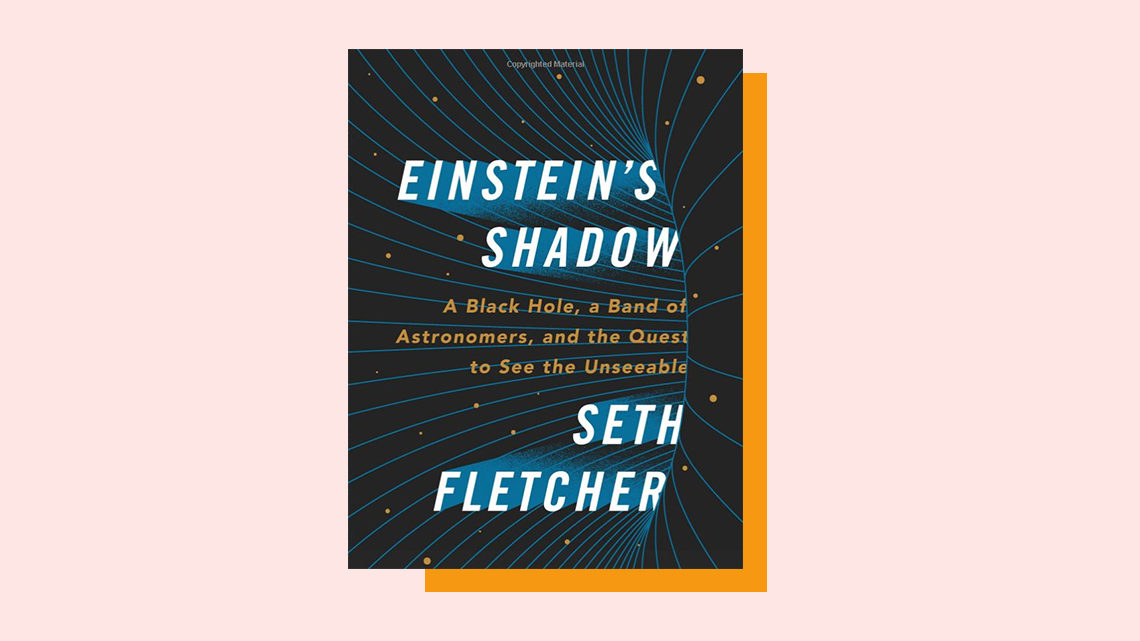 Einstein's Shadow: A Black Hole, a Band of Astronomers, and the Quest to See the Unseeable, by Seth Fletcher

For five years, journalist Seth Fletcher (Bottled Lightning: Superbatteries, Electric Cars and the New Lithium Economy) followed Earth Horizon Telescope collaboration leader Shep Doeleman through the final half of a decade-long effort to link eight radiotelescopes on four continents and capture the first image of a black hole. In April 2019, EHT accomplished its goal, compiling a picture of the bright-ringed super-massive monster at the center of galaxy M87, 53 million light-years away. Fletcher tells a compelling human story. 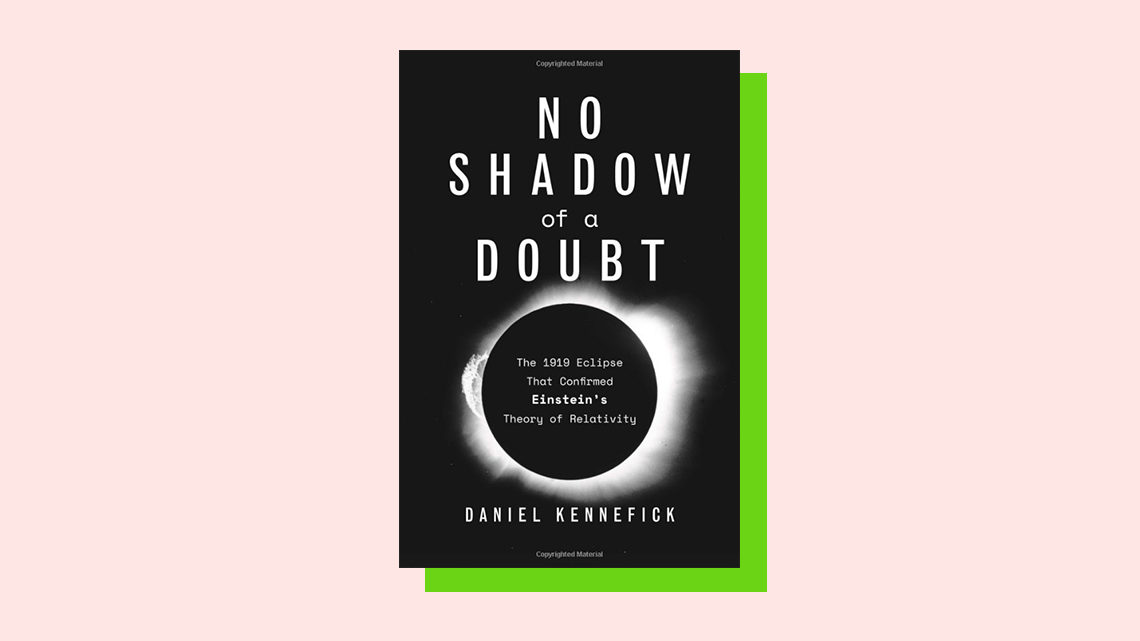 No Shadow of a Doubt: The 1919 Eclipse That Confirmed Einstein’s Theory of Relativity, by Daniel Kennefick

Daniel Kennefick (Traveling at the Speed of Thought; co-author, An Einstein Encyclopedia) chronicles the dual British expeditions to the island of Pricipe off the west coast of Africa and to the city of Sobral in Brazil that observed the solar eclipse of May 29, 1919, and confirmed Einstein’s theory of general relativity. Could they have achieved the precision they claimed with the instruments available in 1919? Kennefick, an associate professor of physics at the University of Arkansas, Fayetteville, says yes. 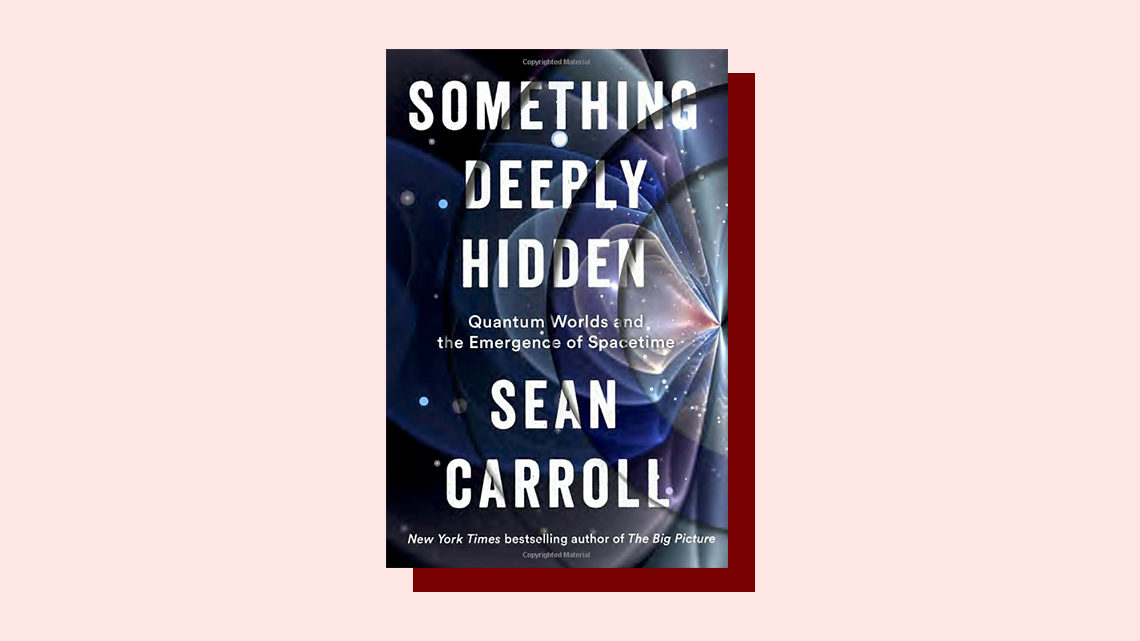 Something Deeply Hidden: Quantum Worlds and the Emergence of Spacetime, by Sean Carroll

Theorist Sean Carroll (From Eternity to Here, The Particle at the End of the Universe, The Big Picture) navigates beyond the current incomplete state of quantum mechanics using the many-worlds interpretation proposed by physicist Hugh Everett III in 1957. According to Everett, because an electron exists as a “superposition” of multiple locations, the quantum event of observing an electron creates multiple worlds and multiple observers—countless copies of you and your world. 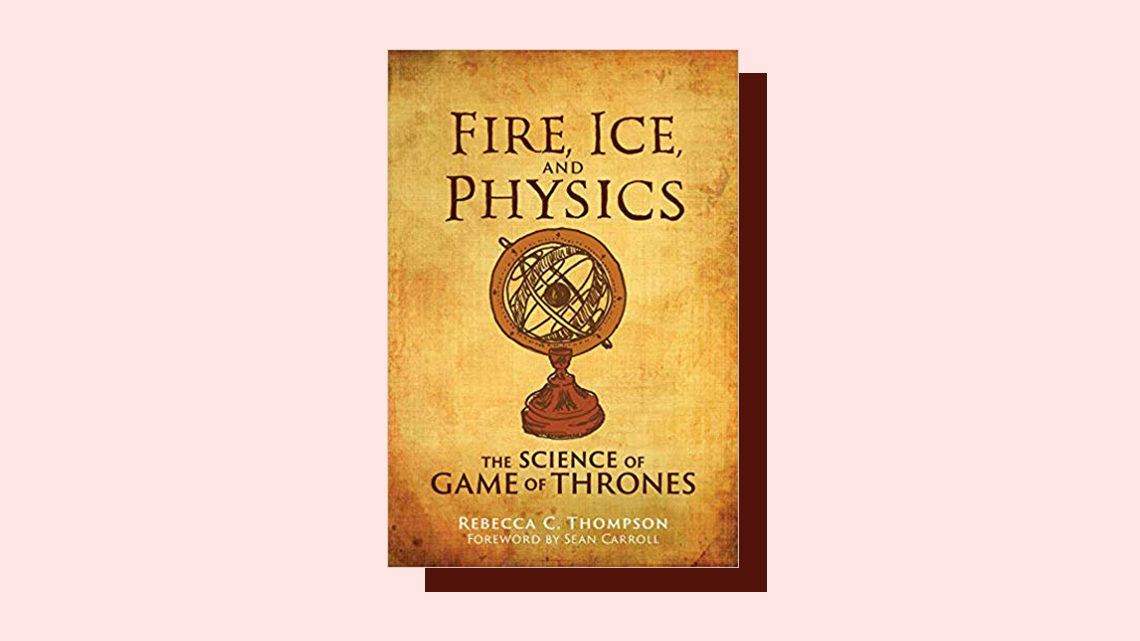 Fire, Ice, and Physics: The Science of Game of Thrones, by Rebecca C. Thompson (with foreword by Sean Carroll)

The wildly popular series Game of Thrones is set in a fantastically fabricated world. But in the whimsical hands of physicist Rebecca C. Thompson, those fabrications offer a gateway to engaging lessons about real-world science. Thompson, head of the Office of Education and Public Outreach at Fermilab, is author of the Spectra superhero comic books about physics. 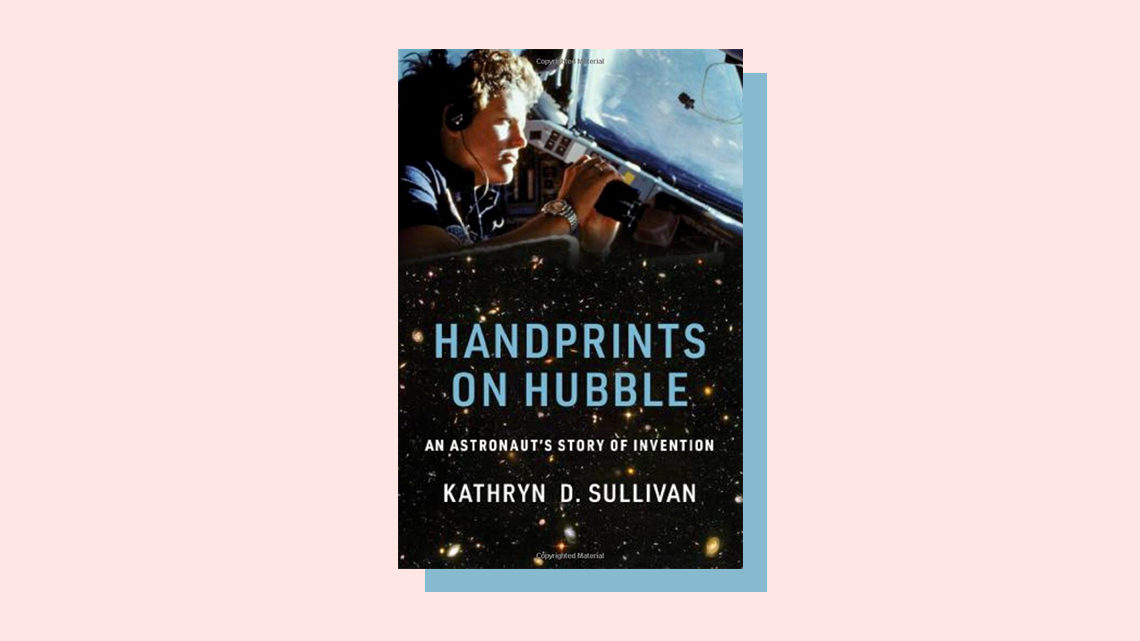 Handprints on Hubble: An Astronaut's Story of Invention, by Kathryn D. Sullivan

The Hubble Space Telescope is the most productive—and perhaps most iconic—astronomical observatory ever built. Kathryn Sullivan, the first American woman to walk in space, worked with fellow astronaut Bruce McCandless to place the Hubble in orbit from the Space Shuttle Discovery on April 25, 1990. Sullivan recounts that mission, along with her work in maintaining and repairing Hubble—including rescuing its flawed mirror in 1993. 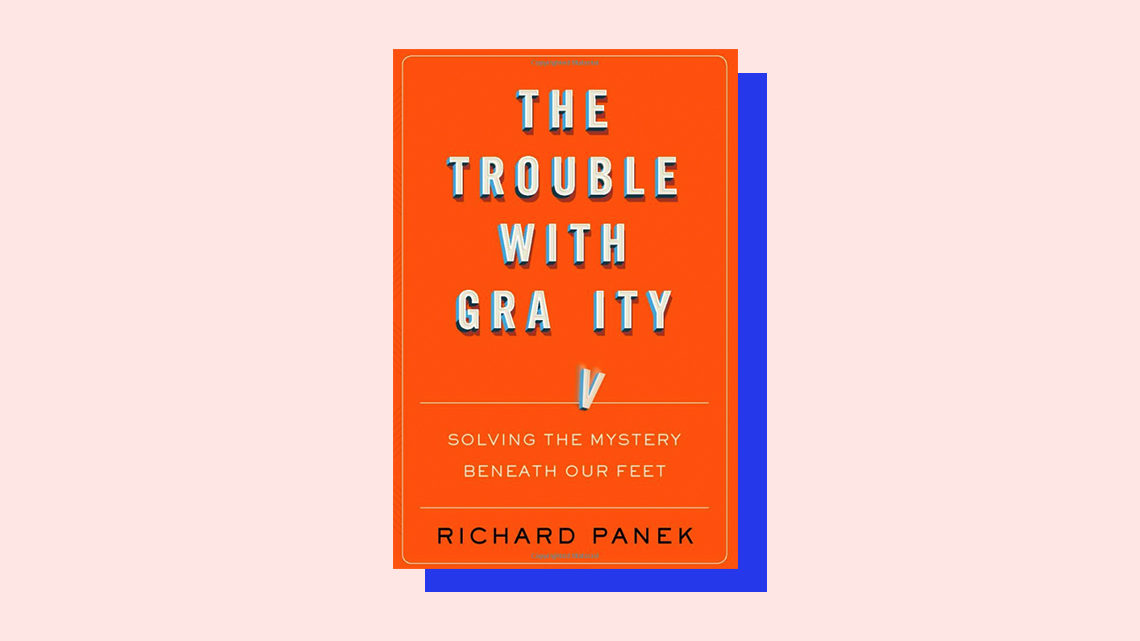 The Trouble with Gravity: Solving the Mystery Beneath Our Feet, by Richard Panek

We know what gravity does, but what is it? “That’s a meaningless question,” says Kip Thorne, winner of the 2017 Nobel Prize in Physics for his work on the Laser Interferometer Gravitational-Wave Observatory. Nevertheless, people have been trying to define the force that holds us to the Earth from the time of Aristotle, to Isaac Newton, and on through LIGO’s 2015 discovery of gravitational waves. Science writer Richard Panek, whose book The 4 Percent Universe won the American Physical Society’s Science Communication Award in 2012, takes us through the history of those attempts. 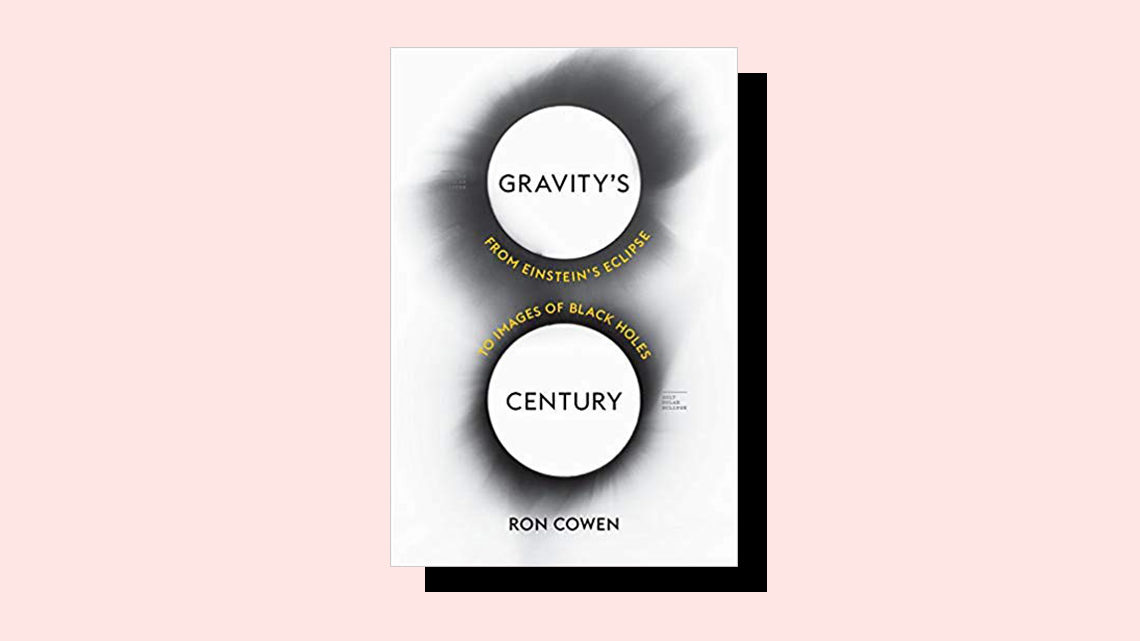 Gravity’s Century: From Einstein’s Eclipse to Images of Black Holes, by Ron Cowen

Award-winning science writer Ron Cowen (reporting for Science, Science News, Scientific American and other publications) presents a concise chronicle of the dramatic expansion of our knowledge of the universe, from the eclipse expeditions of 1919 to test Einstein’s theory of relativity, to the Event Horizon Telescope’s black hole images of 2019. He writes: “These two experiments…bookend an era unlike any other in the history of science.” 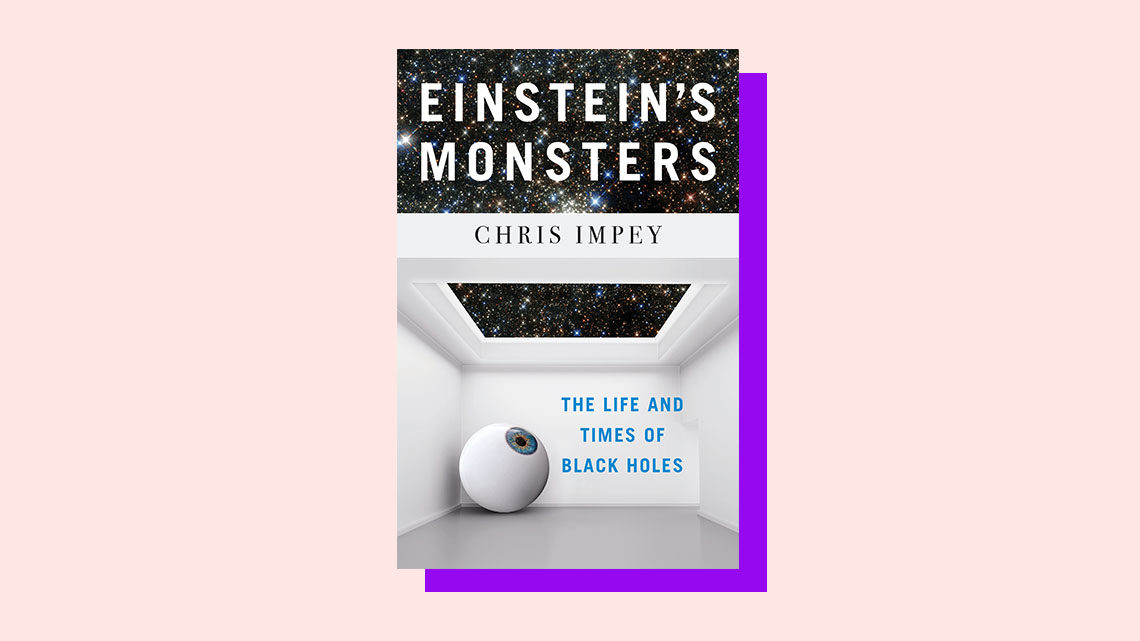 Einstein’s Monsters: The Life and Times of Black Holes, by Chris Impey

Speculation on black holes (“dark stars”) extends back to the late 18th century. A distinguished professor in the Department of Astronomy at the University of Arizona, writer Chris Impey (Beyond, How It Began, How It Ends, etc.) calls black holes “the best known and least understood objects in the universe.” In an era when they are at the forefront of physics, Impey traces black holes’ history. 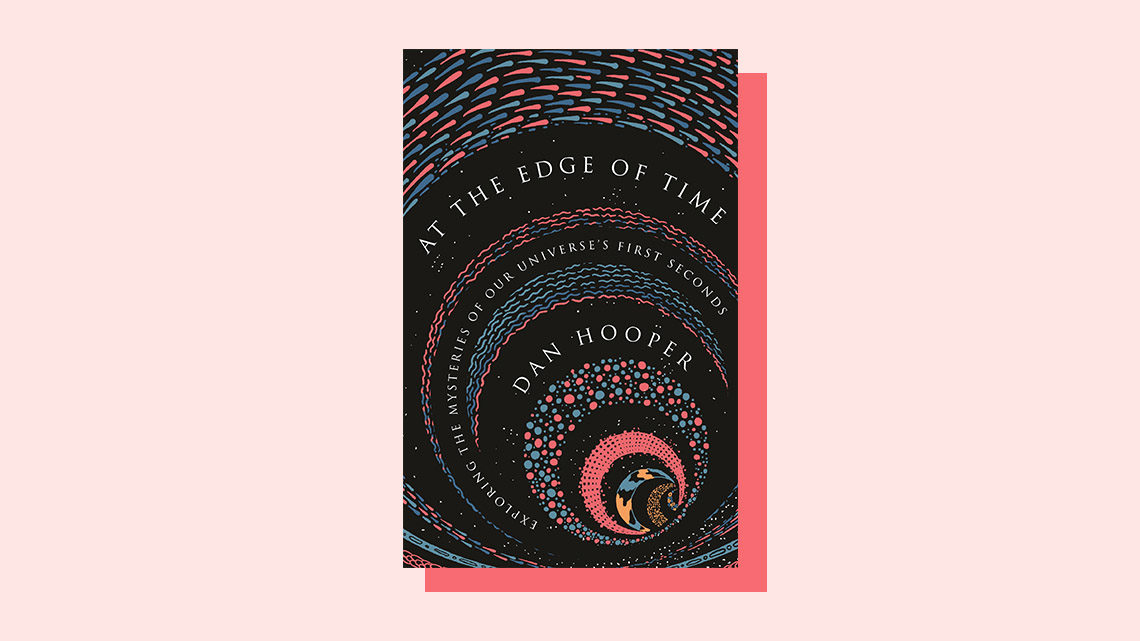 At the Edge of Time: Exploring the Mysteries of Our Universe’s First Seconds, by Dan Hooper

The newborn universe “had little in common with anything that exists in our world today,” writes scientist Dan Hooper (Dark Cosmos, Nature’s Blueprint, etc.), head of Fermilab’s Theoretical Astrophysics Group. In this book, Hooper shows how the Large Hadron Collider attempts to recreate conditions of the Big Bang, and confronts mysteries like the matter-antimatter imbalance, the formation of dark matter and the era of cosmic inflation. 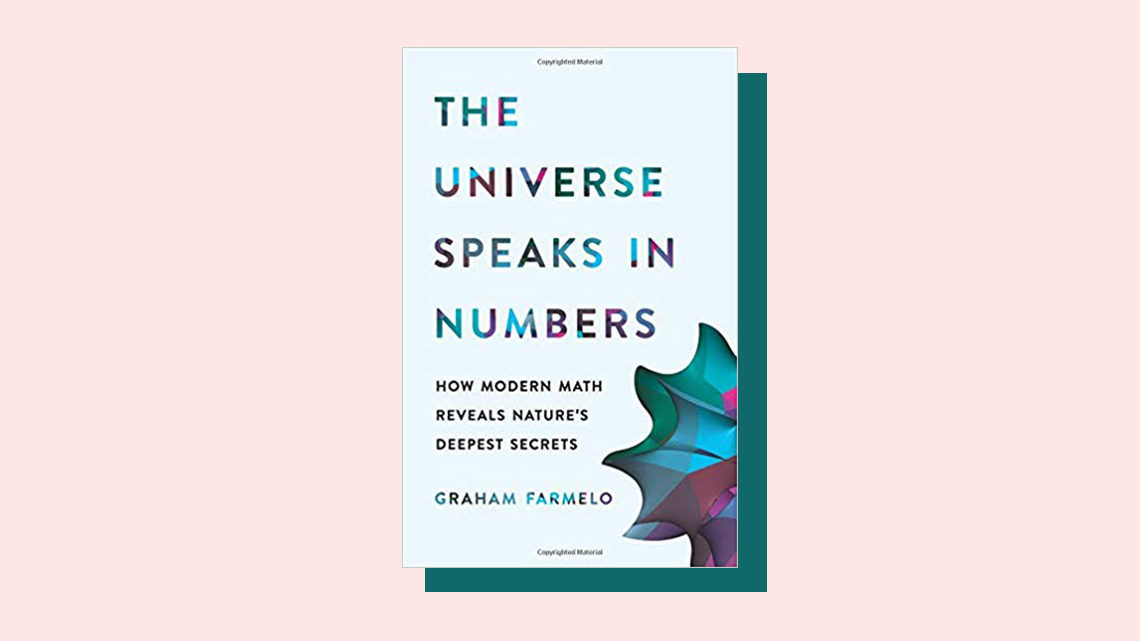 Galileo declared that the universe is “written in the language of mathematics.” Senior Research Fellow at the Science Museum, London, and adjunct professor of physics at Northeastern University Graham Farmelo (The Strangest Man: The Hidden Life of Paul Dirac, Mystic of the Atom) forcefully advocates the point, countering the notion that experimental physics is misled by the lure of mathematically elegant solutions such as Supersymmetry. 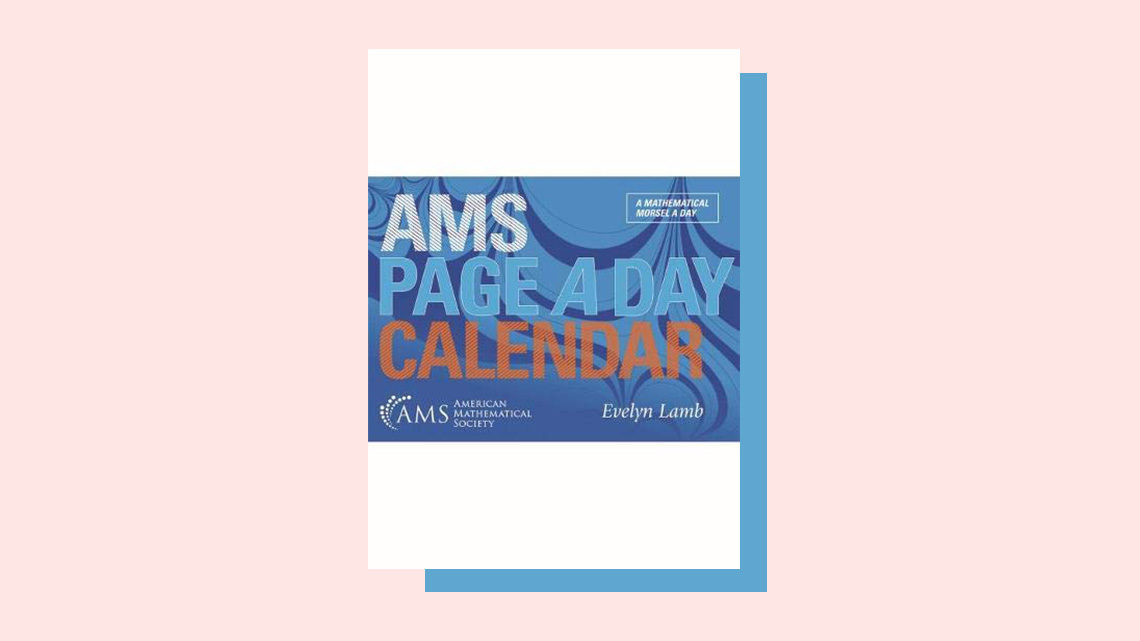 Mathematician Evelyn Lamb has compiled 366 mathematical tid-bits, historical notes, puzzles and oddments for this page-a-day calendar for 2020. For example, for “Swiss Cheese Day,” celebrated January 2, she gives a nod to Swiss mathematician Alice Roth and her underappreciated contributions to “Swiss cheese” space, a unique aspect of approximation theory. She recommends Emmentaler or fondue to celebrate. Lamb, a contributor to the Scientific American blog network “Roots of Unity,” has also written for Symmetry. 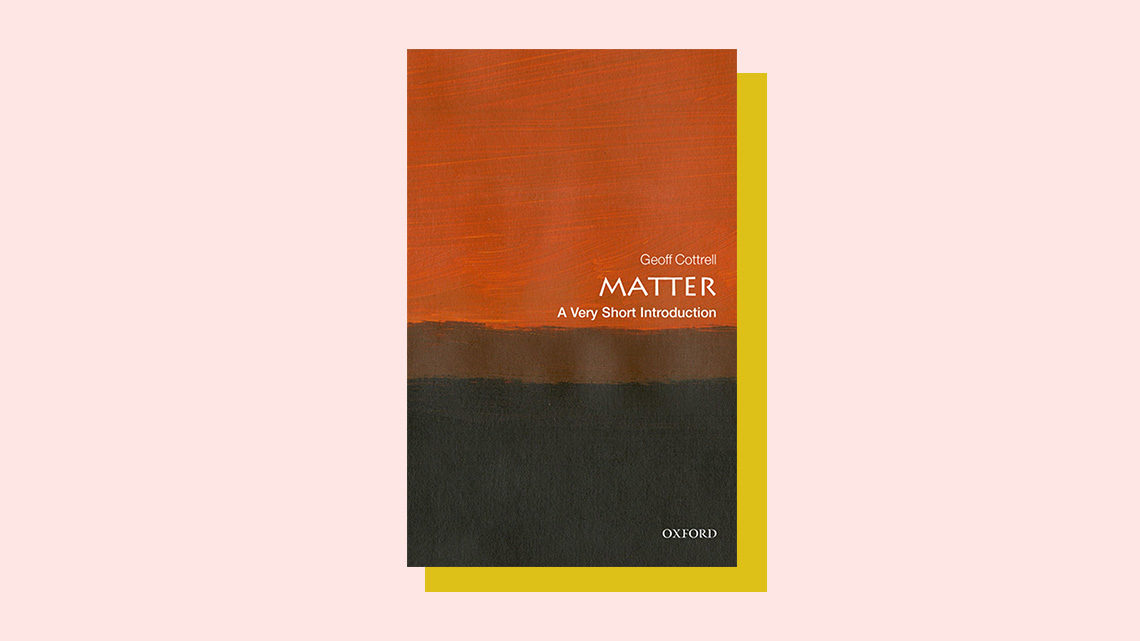 Geoff Cottrell, session leader on the Joint European Toroid Experiment at Culham Laboratory in the UK, explores what we know and what we don’t know about matter, from the everyday scale of solids, liquids and gases; to the subatomic scale of quarks, electrons and more exotic forms; to the cosmic scale of planets, stars and galaxies, plus dark matter and dark energy. 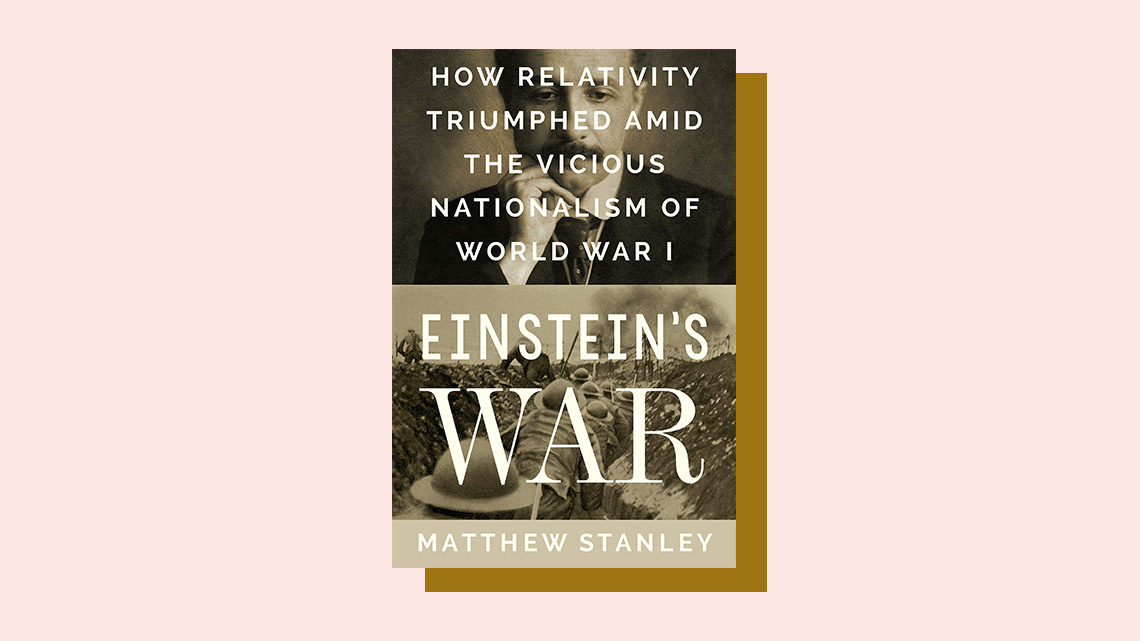 Einstein’s War: How Relativity Triumphed Amid the Vicious Nationalism of World War I, by Matthew Stanley

Isolated in Berlin during World War I, Albert Einstein completed the general theory of relativity. A professor of the history of science at NYU’s Gallatin School of Individualized Study, writer Matthew Stanley interweaves Einstein’s struggles during that period with those of English astronomer Arthur Eddington, a conscientious objector to military conscription whose observations of the 1919 solar eclipse would validate Einstein’s theory. Stanley also describes their crucial link to astronomer Willem deSitter in neutral Holland. 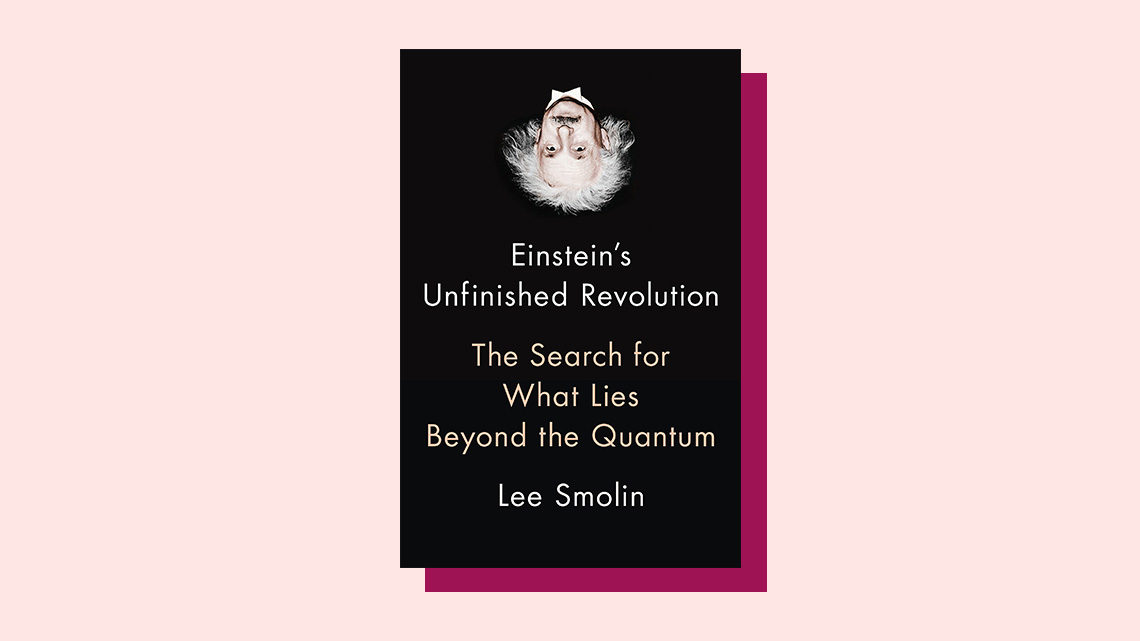 Einstein’s Unfinished Revolution: The Search for What Lies Beyond the Quantum, by Lee Smolin

Lee Smolin (The Trouble With Physics, Time Reborn, etc.), theorist and a founding faculty member of the Perimeter Institute for Theoretical Physics in Waterloo, Ontario, asserts that quantum physics is both the “golden child” and “troubled child” of science. He also says it is wrong, giving us an incomplete picture of nature. He considers himself a “realist,” seeking a “clean, unambiguous and explicit description” of the quantum world. 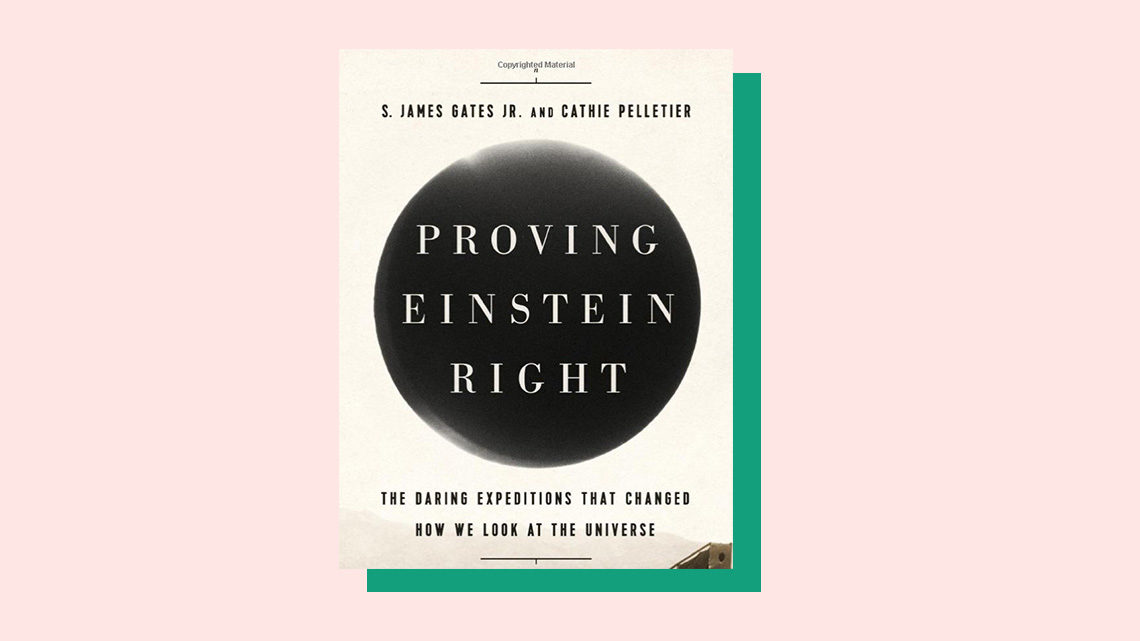 Proving Einstein Right: The Daring Expeditions That Changed How We Look at the Universe, by S. James Gates Jr. and Cathie Pelletier

In this survey of early eclipse-watching expeditions, writers S. James Gates Jr.—theorist and Ford Foundation Professor of Physics at Brown University—and Cathie Pelletier—author of 12 books, including The Funeral Makers and The Weight of Winter—focus on five journeys between 1912 to 1922, each of which endeavored to test Einstein’s theory of general relativity.