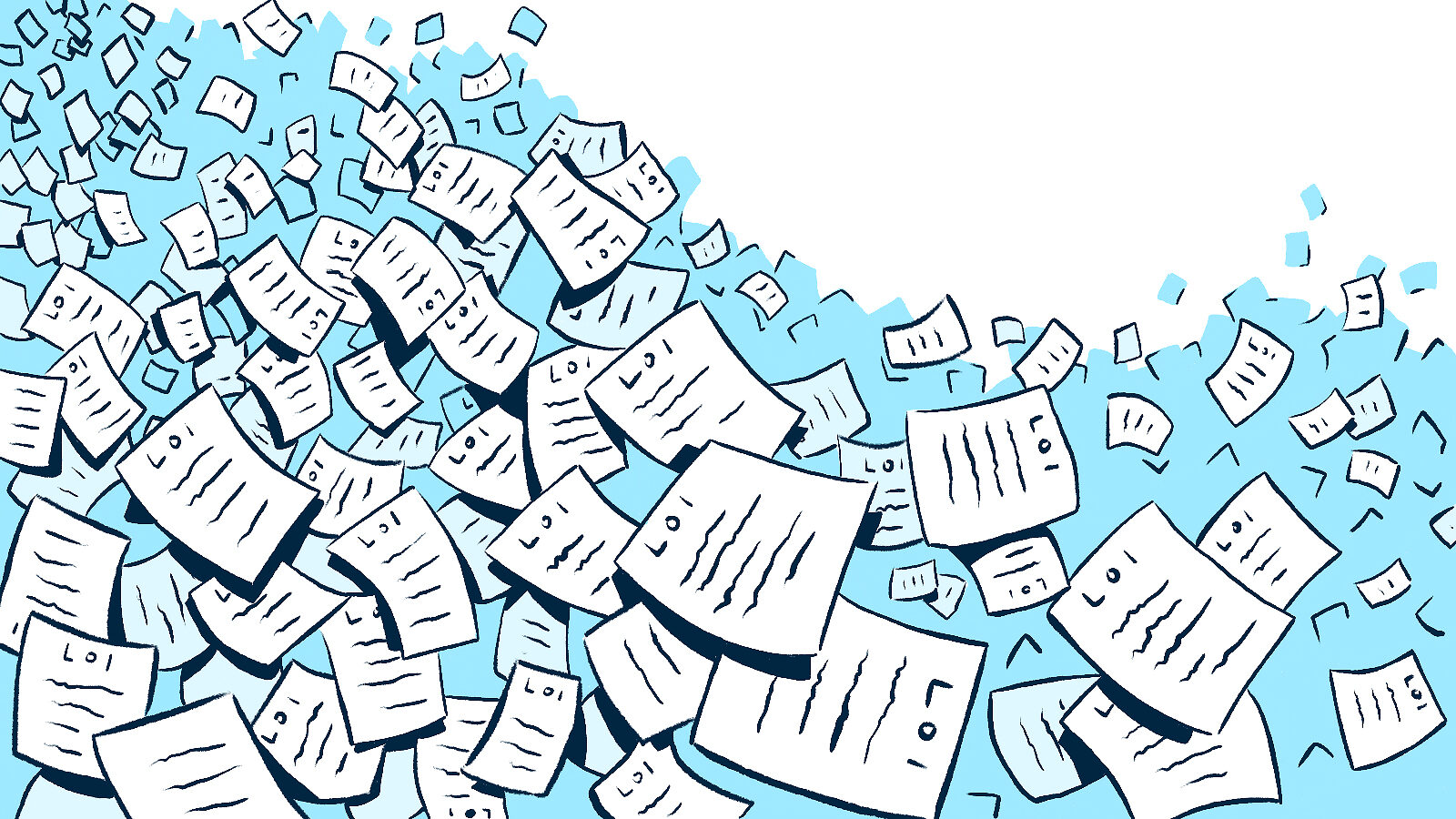 Every several years, the US particle physics community works together to identify the most exciting questions for the field and map out the tools and resources they’ll need to address them. The “Snowmass” process, named after its original venue and organized by the Division of Particles and Fields of the American Physical Society, consists of a series of meetings and workshops. It guides the P5, a subpanel of the High Energy Physics Advisory Panel that produces a final set of recommendations presented to US funding agencies.

The current process marks the first time that organizers requested short Letters of Interest, LOIs, from any scientists who wanted to share their ideas. These LOIs serve as an informal starting point for the community to organize its efforts, forming groups with common interests and goals to more efficiently tackle the next steps in the process.

“The main purpose of LOIs is to make sure that everyone is able to share their thoughts of what we should be doing,” says Savannah Thais, a postdoctoral associate at the Princeton Institute for Computational Science and Engineering. “The physics community is enormous and people aren't always aware of what others are working on. This new step allows us to make connections between people who are interested in similar topics so they can work together during the next stage.

“The goal is to have a more cohesive community and make sure that everyone's voices are heard.” 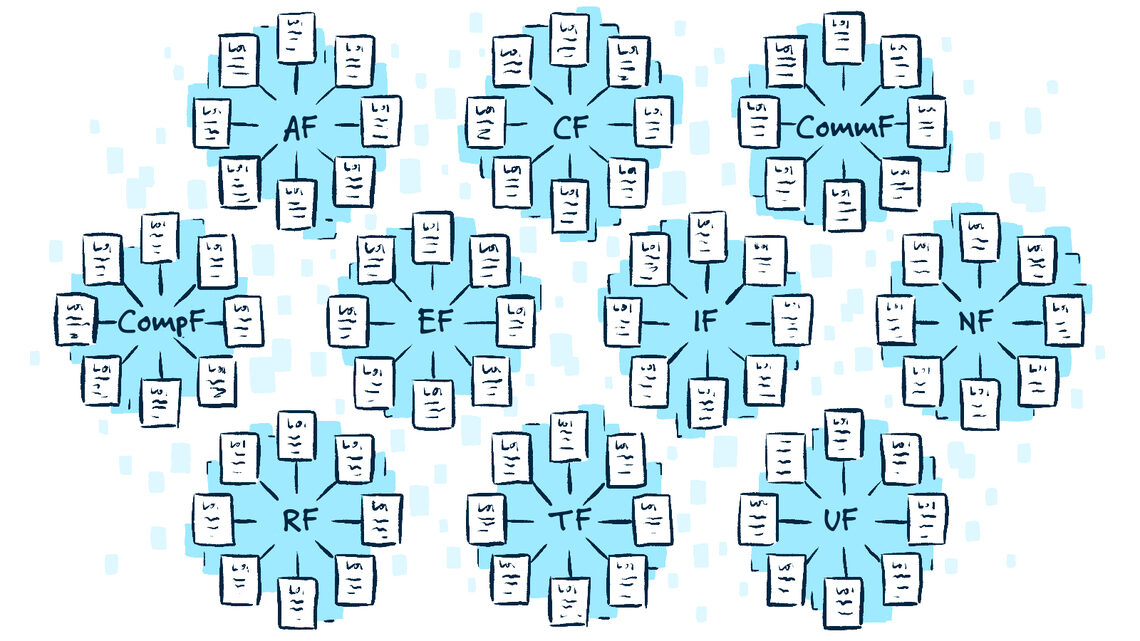 As this was the first year the organizers asked for LOIs, they weren’t quite sure what to expect.

By the deadline, they had received about 1560 unique LOIs. One area that generated a lot of interest is long-lived particles, which physicists proposed to study in a variety of ways, including with a detector that would sit on top of the CMS experiment at the Large Hadron Collider at CERN.

Thais was involved with several LOIs. One discussed the future of artificial intelligence in physics, and another dealt with education and career development at the intersection of physics and machine learning.

“The level of participation exceeded every single expectation I had,” says Gordon Watts, a physics professor at the University of Washington. “It was actually rather gratifying to see how many people are interested.”

Watts, who is one of the Snowmass organizers, was also involved with a few LOIs, including one that proposed a new way to use machine learning to do data analysis.

In response to the avalanche of interest in the Snowmass process, Watts has been experimenting with ways to categorize and display info from the LOIs. He built a website containing each unique LOI and created ways for people to organize by frontier and easily search for certain topics or phrases.

“I wanted people to have a way to gather them all on a single webpage without being overwhelmed,” Watts says. “The hope is that this will help create a more coherent picture and make it easier for people to explore and analyze the data and connect with each other.” 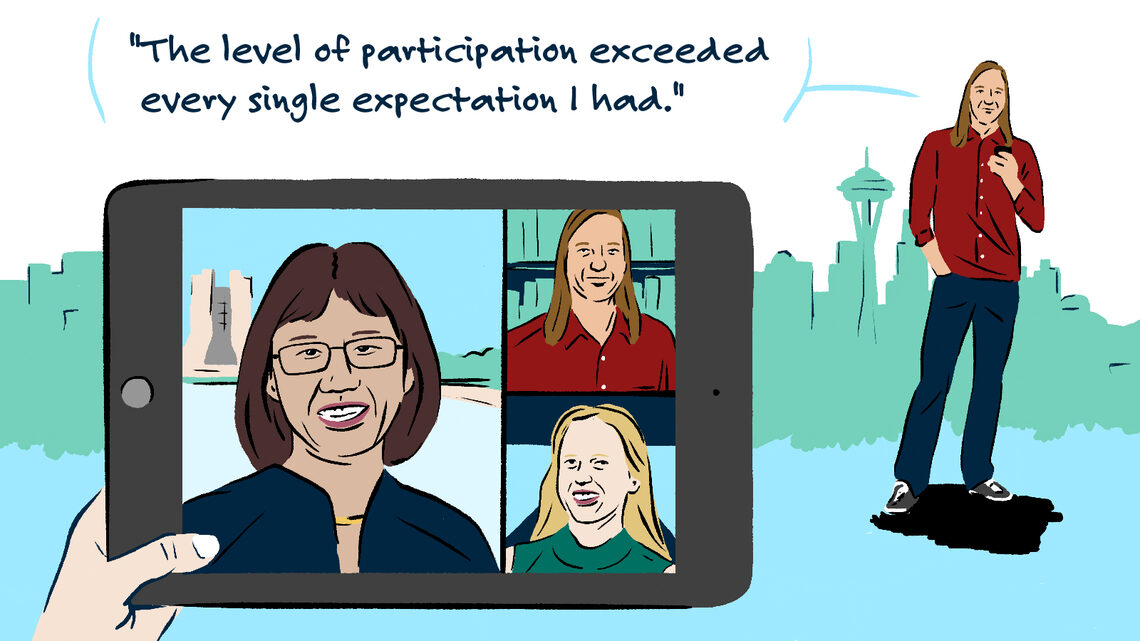 The LOIs helped conveners organize sessions of the Community Planning Meeting that took place in October. They can also strengthen the community by building connections between authors with similar ideas. As the next stage in the process, which was recently extended by one year, scientists can join working groups that will write more formal contributed papers to be submitted as part of Snowmass.

“In order to plan the future of the field, you first need to gather a lot of ideas,” says Young-Kee Kim, chair of the Division of Particles and Fields. “We wanted to start by gathering information about all the things people are excited about, we didn’t want to create boundaries or restrict people. Now we will channel this excitement into building a big picture summary of the directions we hope to take in the coming decade.”

Kim adds that they are working toward engaging a much broader community this year on a plethora of topics, giving more consideration to efforts such as public education and outreach and placing greater emphasis on international involvement, early career development, and diversity and inclusion.

“Science is so much more connected now than in the past,” she says. “We recognize that public engagement is more important than ever, and we’re learning to be more inclusive. We learned a lot from the last Snowmass. Every time we go through the process, we evolve.”