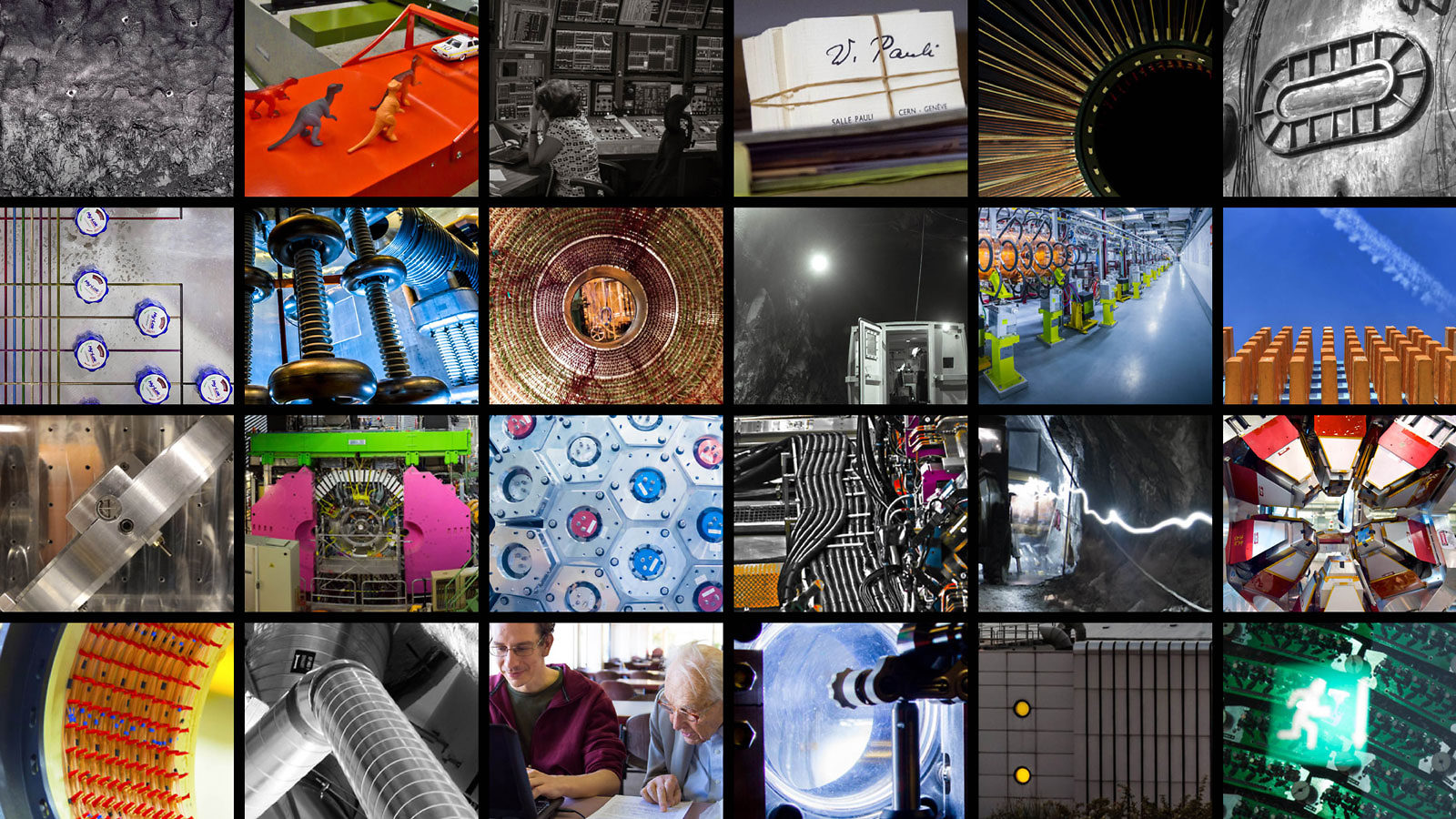 An international jury and more than 3800 public votes determined the winners of this year's Global Physics Photowalk competition.

In September, eight research laboratories invited more than 200 photographers to go behind-the-scenes and capture the beauty of physics as part of the 2015 Global Physics Photowalk.

From thousands of submissions, each laboratory chose a shortlist of photos for the competition. An international panel of artists, photographers and scientists scrutinized the photos to crown winners in the Jury Category. A public, online vote determined winners in the People's Choice Category.

Photographs will be featured as part of a traveling exhibit across laboratories in Australia, Asia, Europe and North America. 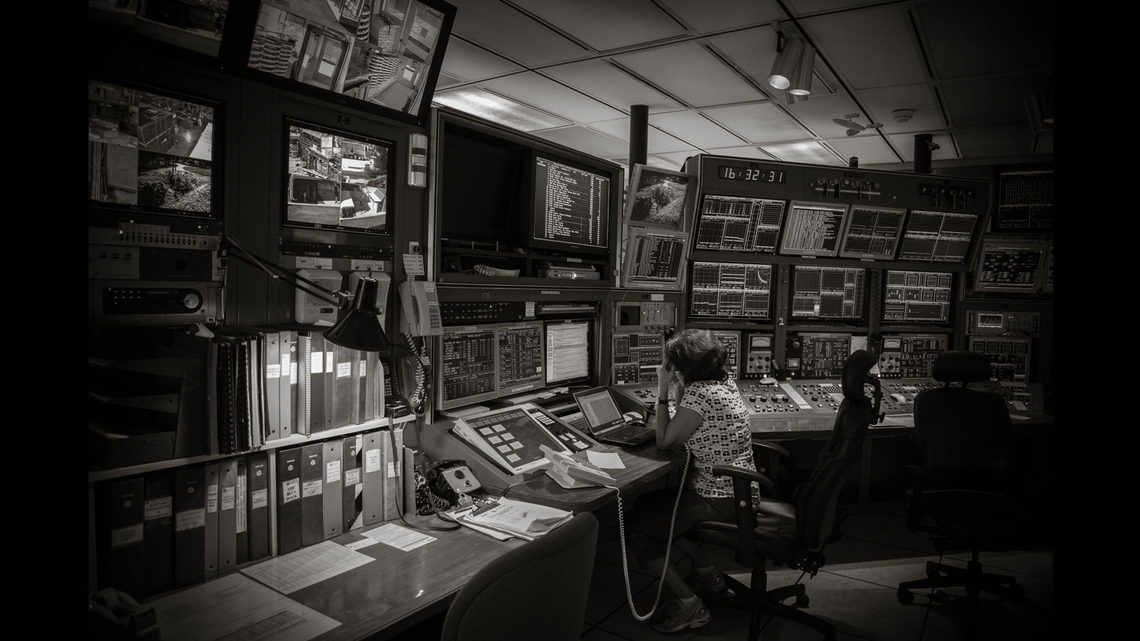 First place in the Jury Category went to Katy Mackenzie for her photograph of the Main Control Room at TRIUMF laboratory in Canada. For the Vancouver-based mortgage broker and hobbyist photographer, the photo brings back memories of visiting her father on the job over 30 years ago.

“My father worked at TRIUMF,” Mackenzie says. “I have vivid memories of sitting on the floor of the Control Room watching him work. I was too young to tell time and imagined the clock was a countdown to some super secret mission launch.”

The photograph speaks to the human experience and everyday qualities of work, science and technology, says juror Robert Bean, an artist, writer and professor at Nova Scotia University of Art and Design University in Canada. “The mix of analog and digital technologies is indicative of how scientific knowledge emerges from the hybridity of things. Alexander Graham Bell would approve.” 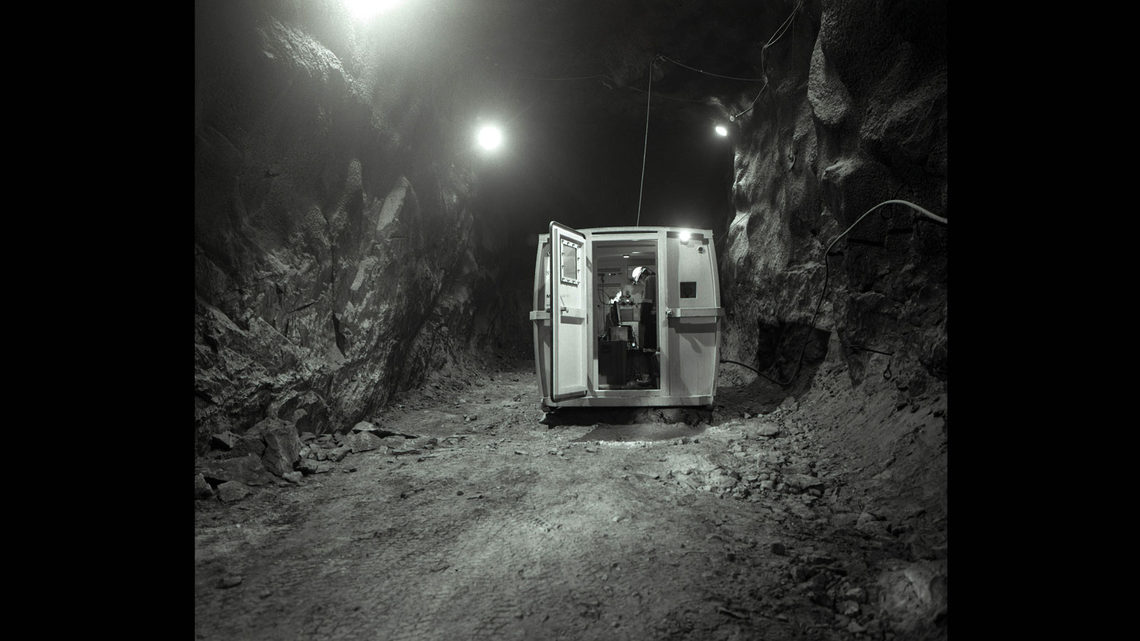 Jurors awarded second place to Mark Killmer for his photograph of a temporary laboratory set up at Stawell Underground Physics Laboratory in the Stawell Gold Mine in Victoria, Australia.

“This photo serves as a fitting reminder that much science still involves people getting their hands dirty,” says juror Joe Hanson, a biologist, science writer and the creator and host of PBS Digital Studios’ science education series It’s Okay To Be Smart. 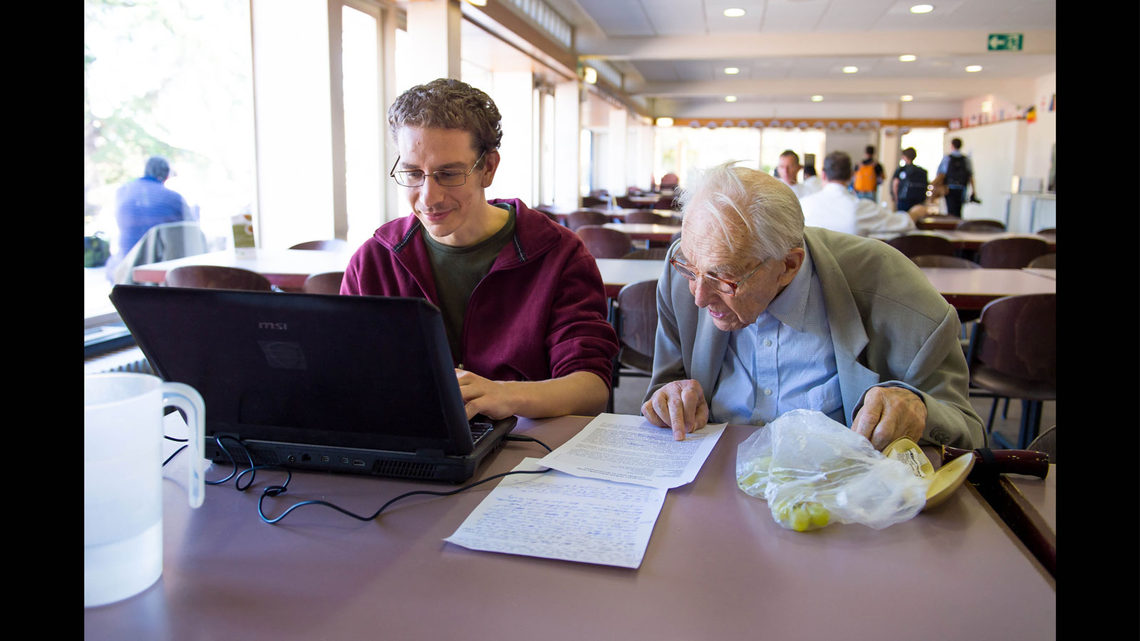 Third place went to Robert Hradil for his photo, “The Incredibles.” The photo, taken in a restaurant at CERN laboratory in Europe, captures the transmission of knowledge between generations.

“Humanity is a collective process,” says juror Jan Peters, a documentary filmmaker from Berlin. “There is a need of transferring ideas to make and create the world we live in.” 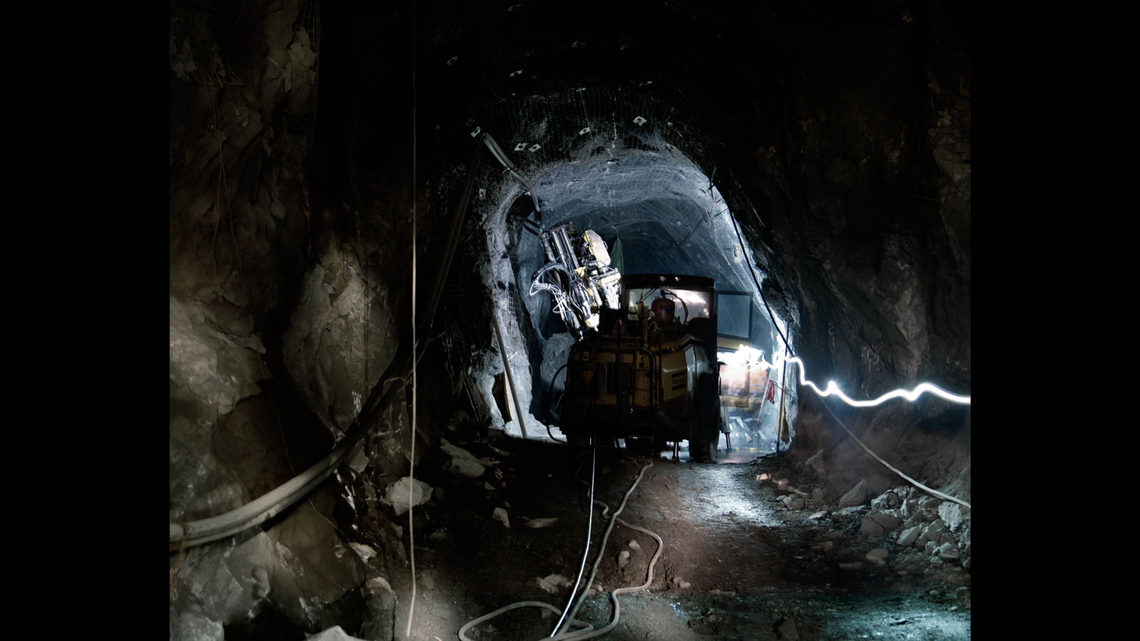 First place in the popular vote was awarded to Molly Patton for her photograph of an electric mining drill at Stawell Underground Physics Laboratory. Patton says she was inspired by the environment as it “lights the way for dark matter detection and future particle physics research.” 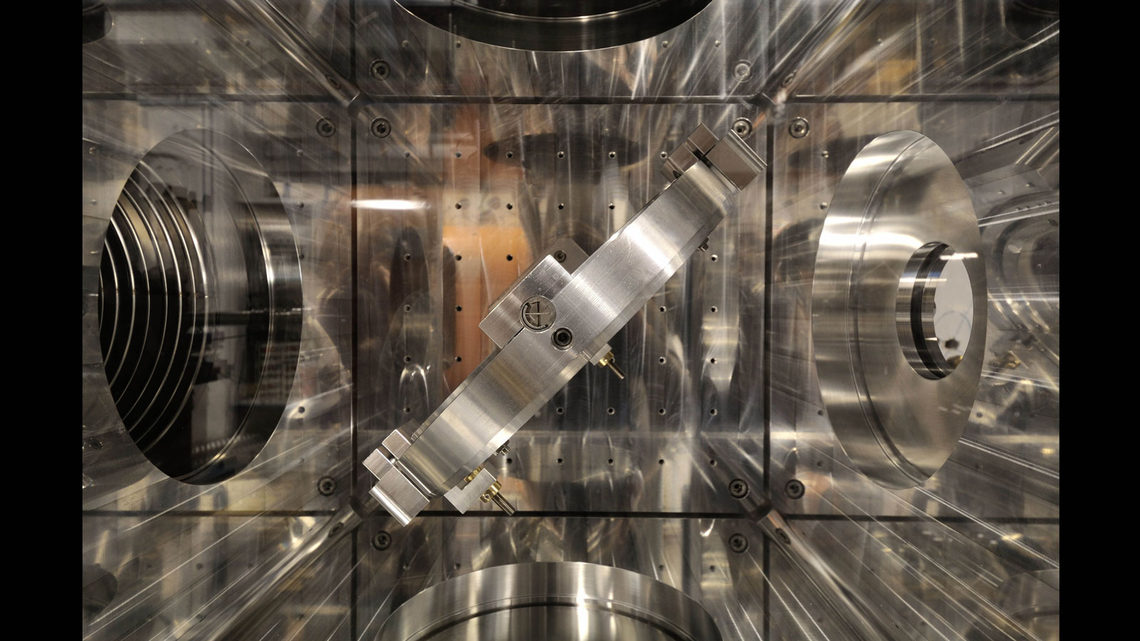 Second place went to Pietromassimo Pasqui for his photograph of a vacuum chamber and mirror carrying a laser beam for the SPARC accelerator at INFN National Laboratory of Frascati, Italy.

“Of all the magnificent images of technological apparatus, this image excelled,” juror Bean says. “It is visually alluring and descriptive. The viewer is invited to speculate on whether it is an actual site or a still from a contemporary science fiction film.” 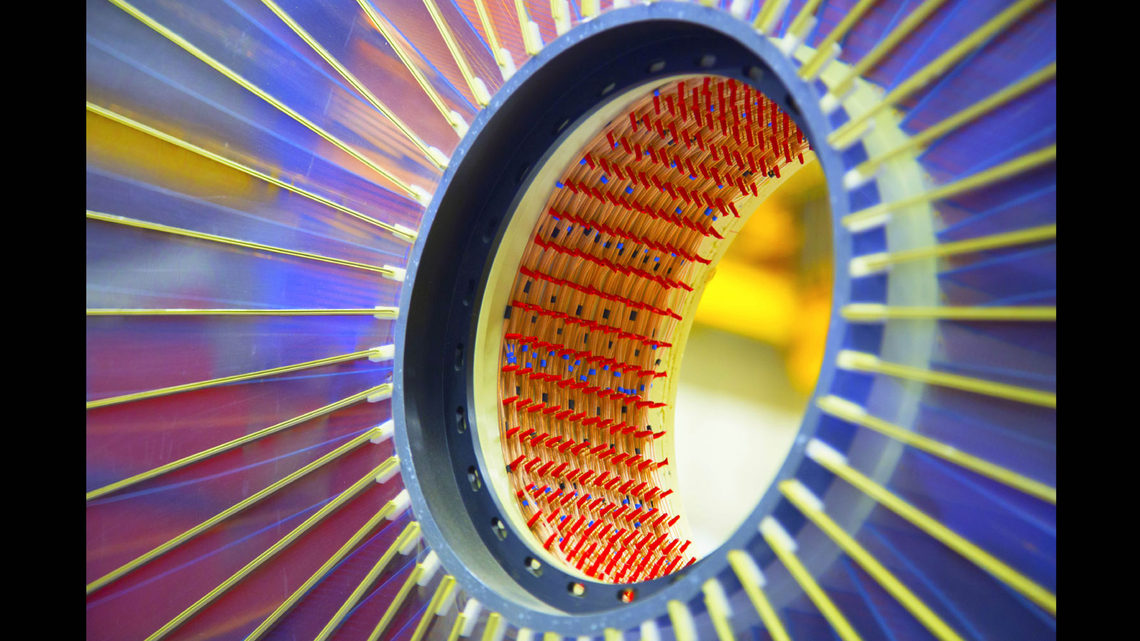 The popular vote awarded third place to Rosemary Wilson for her photograph of a detector wire chamber that took data at the HERA collider from 1992 to 2007 at DESY laboratory in Hamburg, Germany.

“This is an inherently beautiful image, strongly composed and skillfully photographed,” says juror Yael Fitzpatrick, design and branding manager at the American Geophysical Union and former art director for Science. “It feels highly technical but also quite simply beautiful, an aesthetically pleasing image.”