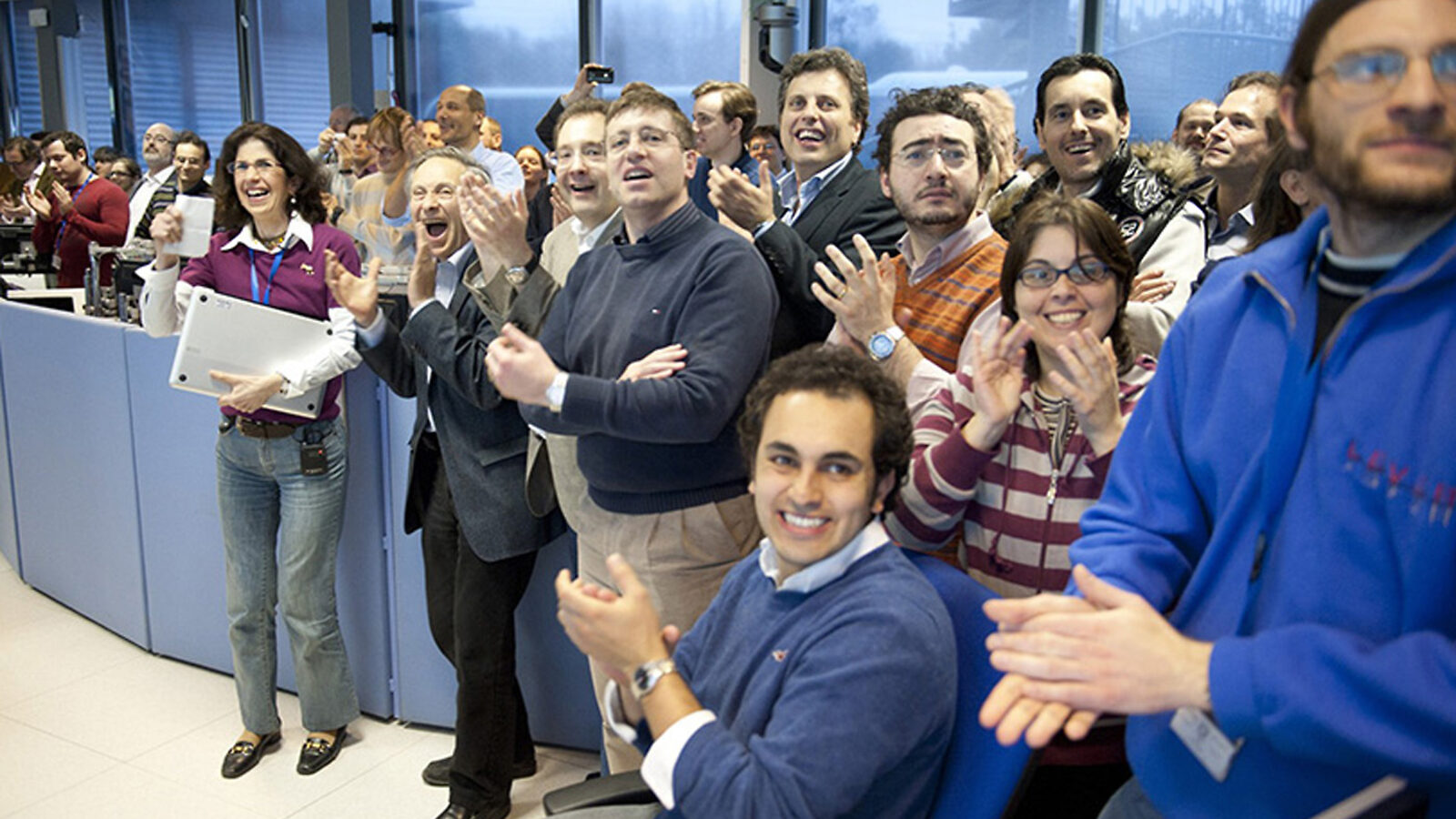 Wish you could have witnessed the euphoria and excitement rippling through the CERN Control Center when the Large Hadron Collider first turned on? Or been in the room when the discovery of the Higgs boson was announced?

The creators of the new documentary Particle Fever, which opens in select US theaters this week, had the good fortune to capture both on film, giving viewers a front seat to history. The film has received awards and accolades at the dozen or so international film festivals and events where it has already been shown.

Particle Fever is a narrative that follows six scientists from shortly before the LHC turned on through the discovery of the Higgs boson. Directed by Mark Levinson and edited by Oscar-winner Walter Murch, the film integrates the science behind particle physics with personal stories from theorists in the United States and experimentalists at CERN.

“The idea was to try to show science as it is actually, really done,” Levinson says. “Science is typically not depicted very realistically in cinema and media. With this film, we had the opportunity to do something unique.”

Johns Hopkins University physicist David Kaplan, who studied film before switching to physics, developed the idea to make a documentary about the LHC in 2007. “We really didn’t know which way the field was going to go,” he says. “A class of people had been waiting their entire lives for this one moment. After talking with family and friends, it was clear that someone should record this event.”

Kaplan was balancing a budding career in physics with his family life and unable to devote himself to the film full-time. But then Levinson, a director with a doctoral degree in particle physics from the University of California, Berkeley, heard about Kaplan's idea during a meeting with potential investors for a different project. He was in.

For the next seven years, with funding from the National Science Foundation, Johns Hopkins and private investors, Kaplan and Levinson worked together closely to transform this idea into a one-of-a-kind documentary. Levinson—whose film background consists of dramatic narratives—had one requirement.

“I did not want to make a science documentary about particle physics,” Levinson says. “I wanted to make a dramatic character-oriented film that could engage people in a unique period in the history of science.”

Kaplan agreed with this approach. “The goal was to portray science in a way we don’t usually see it: as a human endeavor,” he says. “People get blocked by the technical aspects, which take a lot of time explain. We wanted to give people the experience of being a scientist and use the physics to supplement the narrative.”

Levinson and a small crew consisting of a cinematographer and a sound person filmed scientists in Europe and the United States from August 2008 through the announcement of the discovery of the Higgs boson on July 4, 2012. They followed LHC Operations Manager Mike Lamont, former ATLAS experiment leader Fabiola Gianotti, Stanford physicist Savas Dimopoulos, University of Heidelberg physicist Monica Dunford, CERN physicist Martin Aleksa, and Institute for Advanced Study physicist Nima Arkani-Hamed.

Arkani-Hamed says he was thrilled to be involved in this kind of a project. “The movie gives a sense for what the process of doing science is actually like, what scientists are like and why we get up in the morning," he says.

The most challenging part of creating this film was seamlessly integrating the story of the scientists with scientific concepts, Levinson says. “We had to find a balance between telling the audience what they needed and interrupting the drama. If we stopped to explain things too much, we risked making the film into a lecture and losing dramatic flow.”

The solution was to provide the featured scientists with handheld cameras and ask them to explain key concepts, which Levinson describes as “more personal.”

Arkani-Hamed, who saw the film during its premiere in New York, says he is happy about how it turned out.

“It’s important that people understand why we as scientists study physics,” Arkani-Hamed says. “That it’s the pursuit of something much bigger than ourselves. And this project provides a window into this incredible world. Being part of this project was tremendous fun and I look forward to seeing how it does.”