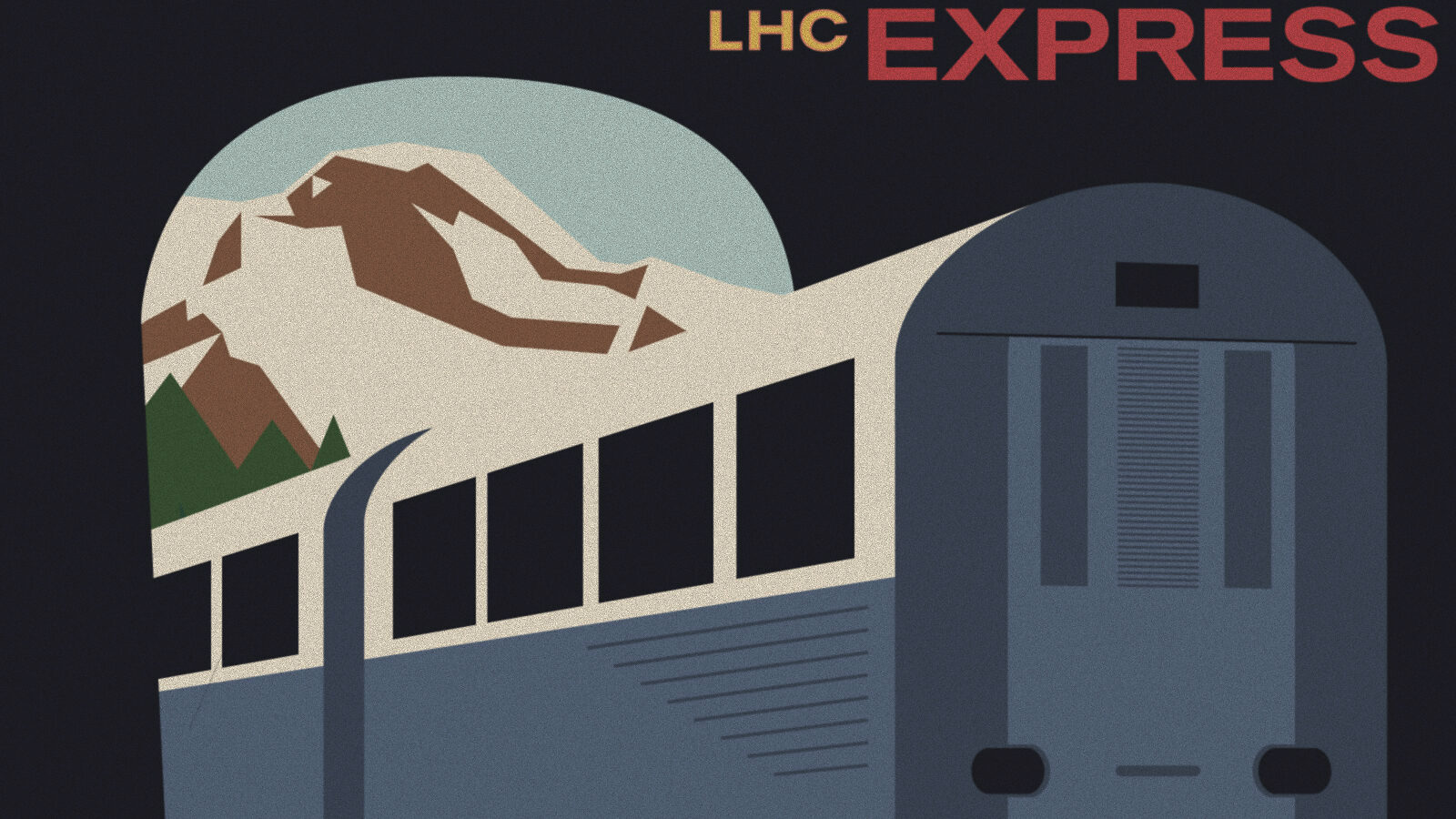 The Large Hadron Collider at CERN is the world’s most powerful particle accelerator. It hurtles hundreds of trillions of protons around a circular track at just under the speed of light.

While each individual proton has the kinetic energy of a flying mosquito, the whole proton beam—a collection of 2500 bunches of particles—has as much energy as a 10-carriage railway train traveling 200 mph.

Like an underground high-speed train, the energetic protons ride along the LHC’s 17-mile track about 100 meters below the surface of the Earth. At the end of each run, or when there are issues on the track, the proton train needs to be able to stop quickly and carefully.

“If something goes wrong, we have to be able to get rid of this beam immediately from the accelerator and send it somewhere safe where it can’t do any damage,” says Brennan Goddard, leader of the beam transfer group at CERN.

The proton train must be parked outside the LHC about three times a day. Sometimes that’s because the circulating particles have lost too much energy to produce good collisions. Other times it’s due to an electrical malfunction in the machine. For either case, scientists and engineers have designed a system that immediately diverts the beam to its own train station: the beam dump.

“The LHC is often referred to as the most complex machine ever built,” says Alex Krainer, a doctoral student at CERN currently designing beam dumps for future accelerators. “The beam dump needs to be the most reliable system in the whole collider. We couldn’t dream of running the machine without it.”

But how can scientists divert and park a train that is many miles long, the width of a dime, and contains enough stored energy to melt a ton of copper? Like any modern locomotive, it starts with a signal from a complex warning system.

The LHC is outfitted with tens of thousands of sensors that are continually monitoring the size, spacing and trajectory of the proton beam. If the beam misbehaves, these sensors send an automated signal that triggers a set of magnets to kick the proton train onto a different track. Once the signal is received, the beam switches paths in under 90 microseconds—within one rotation around the LHC.

On this new track, the proton train is stripped into its constituent carriages, or bunches, which spread out as they enter the beam dump—diluting the energy density that could otherwise damage it.

The beam dump is a solid graphite cylinder 8 meters long and under a meter in diameter. It’s wrapped in a stainless-steel case, filled with nitrogen gas, and surrounded by iron and concrete shielding.

It’s made mostly of low-density graphite “with a sandwich of higher-density materials at the end,” says Marco Calviani, leader of the targets, collimators and dumps group at CERN. “If we used only graphite, you’d still have a lot of uncollided protons passing through. And if you put the higher density material toward the front, the block would melt.”

While dumping the beam, particle collisions cook the cylinder to over 1000 degrees Celsius and produce some new, harmless particles that pass through the block and quickly decay. Most of the proton bunches slow down while traveling through the layers of graphite and safely park in their own spots, distributing the energy of the proton train across the beam dump.

This solves the problem of overburdening the beam dump. But a different problem arises when the rapid heating and cooling from beam collisions cause the dump to physically move.

“In recent examination, we found that the dump has actually jumped several centimeters from the regular thermal expansion and contraction,” says Simone Gilardoni, group leader of the Sources, Targets and Interactions group at CERN.

If the dump gets pushed too far one way, it’ll pull on the pipes connected to it. If it shuffles too far the other, it’ll hit an iron wall. There’s also the issue of wear and tear—the present block is 10 years old.

The beam dump repair team must attend to melting, moving and bruising concerns creatively, since constant high-energy collisions create radioactive elements. Scientists at the lab are using remote-controlled robots to swap out the main absorber with an upgraded spare and implement a detached cradle for the dump, which allows it to swing back and forth to dampen the harsh movement.

Such care is necessary to keep the experiment safe and functional. As the LHC crew prepares for its high-luminosity upgrade, which will more than double the intensity of the beam, scientists are working to reinforce the already intricate system. They plan to add more magnetic kickers to handle the beam before it hits the dump. US involvement in the HL-LHC upgrade is supported by the US Department of Energy’s Office of Science and the National Science Foundation.

“The beam dumps provide an excellent mixture of physics and engineering challenges within a challenging radiation environment,” says Calviani. “It’s an exciting multidisciplinary activity in which the boundary of engineering physics is put to the extreme.”