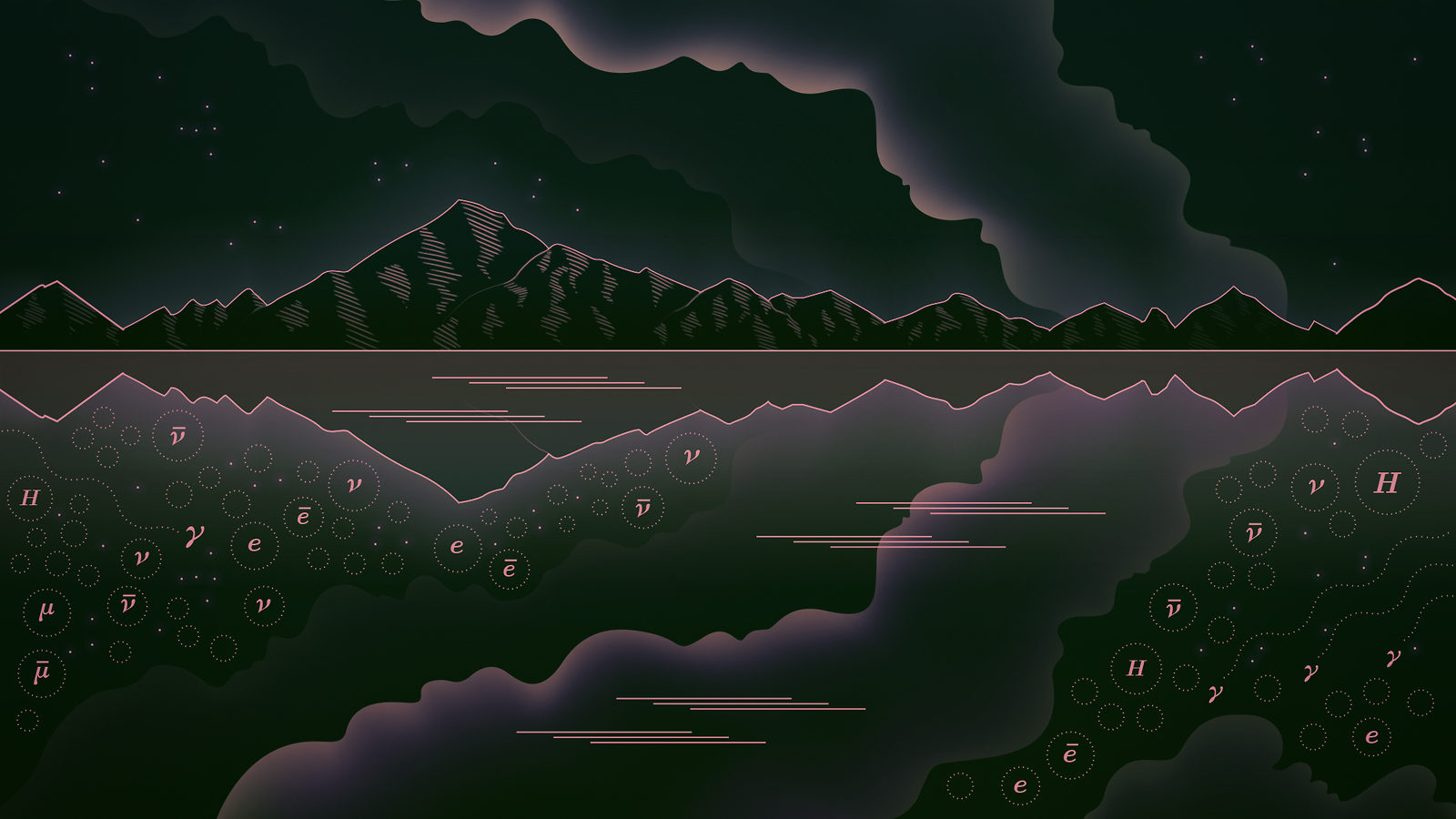 The emptiest parts of the universe aren’t so empty after all.

In the Large Hadron Collider, two beams of protons race around a 17-mile ring more than 1 million times before slamming into each other inside the massive particle detectors.

But rogue particles inside the beam pipes can pick off protons with premature collisions, reducing the intensity of the beam. As a result, the teams behind the LHC and other physics experiments around the world take great care to scrub their experimental spaces of as many unwanted particles as possible.

Ideally, they would conduct their experiments in a perfect vacuum. The problem is that there’s no such thing.

Even after a thorough evacuating, the LHC’s beam pipes contain about 3 million molecules per cubic centimeter. That density of particles is similar to what you would find 620 miles above Earth.

“In the real world [a perfect vacuum] doesn’t happen,” says Linda Valerio, a mechanical engineer who works on the vacuum system at Fermi National Accelerator Laboratory. “Scientists are able to determine the acceptable level of vacuum required for each experiment, and engineers design the vacuum system to that level. The better the vacuum must be, the more cost and effort associated with achieving and maintaining it."

Humans have been thinking about vacuums for thousands of years. Ancient philosophers called atomists argued that the world was made up of two elements: atoms and the void. Aristotle argued that nature would not allow a void to exist; particles around a vacuum would always move to fill it. And in the early 1700s, Isaac Newton argued that what seemed to be empty space was actually filled with an element called aether, a medium through which light could travel.

Physicists now know that even what appears to be empty space contains particles. Spaces between galaxies are known to contain a few hydrogen atoms per cubic meter.

Another inhabitant of the void is the faint thermal radiation left over from the big bang. It exists as a pattern of photons called the cosmic microwave background.

“When we think about vacuums, we generally think about [the absence of] particles with mass,” says Seth Digel, a SLAC experimental physicist who works with the Kavli Institute for Particle Astrophysics and Cosmology. “But if you expand the definition to include photons, to include the microwave background, then there isn’t any part of space that’s really empty."

It turns out the universe is a little less lonely than previously thought.