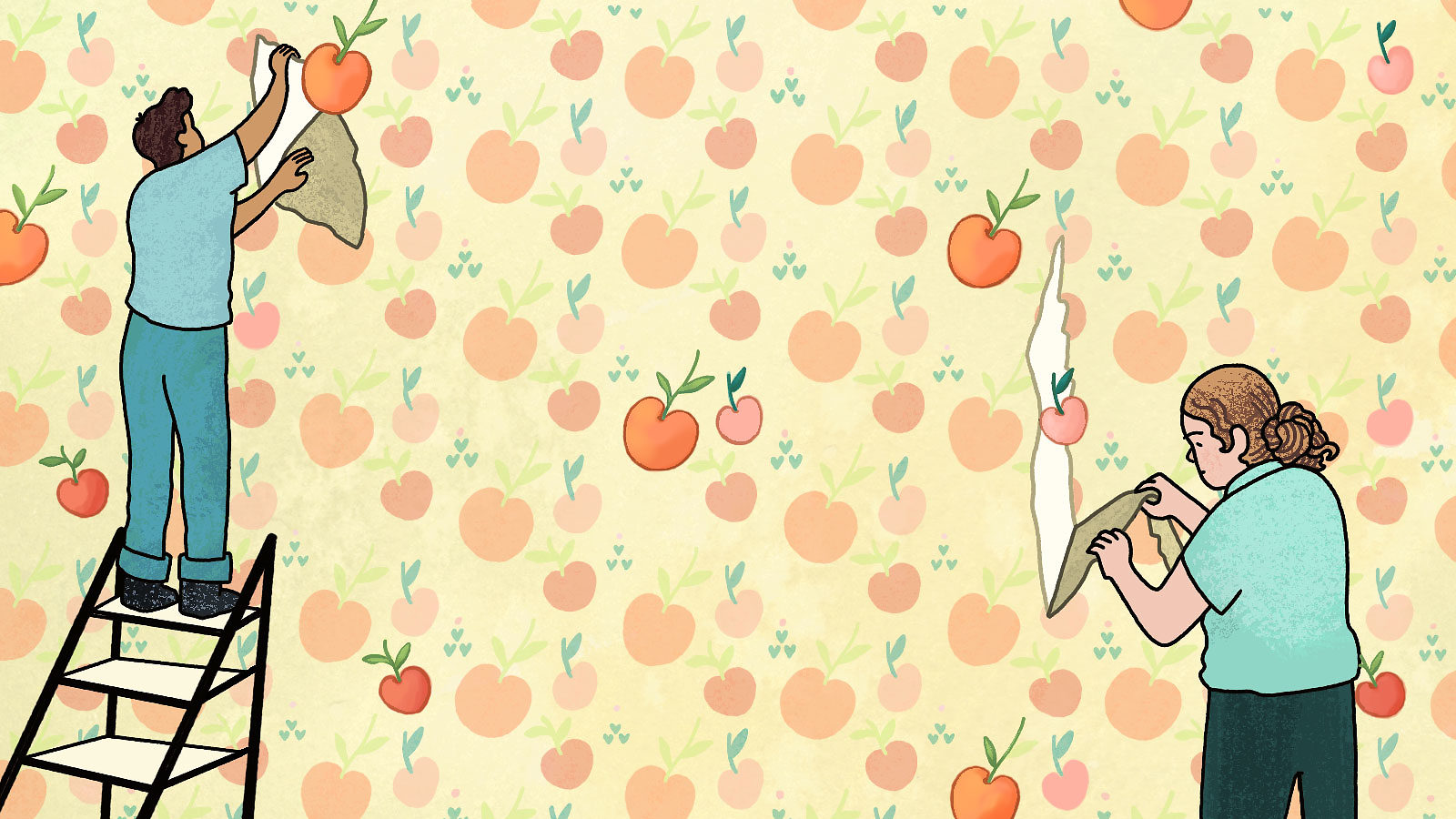 To some degree, scientists on all of today’s particle physics experiments share a common challenge: How can they pick out the evidence they are looking for from the overwhelming abundance of all the other stuff in the universe getting in their way?

“You’re trying to find a signal that is small and that has a lot of stuff around it that could fake it,” says Rupak Mahapatra, an experimental particle physicist at Texas A&M University, who battles background while developing next-generation dark matter detectors for the Super Cryogenic Dark Matter Search, or SuperCDMS.

Mahapatra sums up the strategies for mitigating background in two words: reduction and rejection. To reduce backgrounds, physicists build shielding around detectors and construct them from materials that are as unreactive as possible. To reject background, they use complex analyses to filter signal from noise.

“At some level, you can’t get rid of all the background. What you need, then, is to get smarter.”

Shielding often comes in the form of lead or water—or even a mile or so of rock. Detectors looking for hard-to-spot targets such as neutrinos or dark matter are often built far underground to protect them from cosmic rays. That works pretty well. For SuperCDMS, going underground results in a reduction of background events in the detector each day from around a billion to about one.

A scientist’s dream is to design experiments that have no background at all, says Lindley Winslow, an experimental nuclear and particle physicist at MIT. She works on the Cryogenic Underground Observatory for Rare Event Neutrinos (CUORE) experiment, which uses tellurium dioxide crystals to search for evidence of a phenomenon called neutrinoless double-beta decay. Finding neutrinoless double-beta decay would be a sign that neutrino particles are their own antiparticles. Like SuperCDMS, CUORE is located deep underground to shield it from cosmic rays. The main background for CUORE is gamma rays, which can be produced by cosmic rays. But gamma rays don’t only rain down from interactions between cosmic rays and Earth’s atmosphere. They are also emitted by the materials that make up the CUORE detector itself.

Winslow works on both CUORE and a dark matter experiment with the especially long name “A Broadband/Resonant Approach to Cosmic Axion Detection with an Amplifying B-field Ring Apparatus,”—or ABRACADABRA for short.

“At some level, you can’t get rid of all the background,” she says. “What you need, then, is to get smarter” about designing the experiment.

For Michelle Dolinski, an experimental particle physicist at Drexel University, background includes anything that can deposit similar levels of energy in detectors as the kinds of particles she and her colleagues are looking for. She works with the EXO-200 and nEXO detectors, liquid xenon detectors used to search for neutrinoless double-beta decay. “We’re very sensitive to even tiny backgrounds that wouldn’t make a difference to many other experiments,” Dolinski says.

“Even though we strive to find materials with some of the lowest radioactivity content anywhere, there’s still a tiny bit of radioactivity that can deposit energy in our detector,” Dolinski says.

For its part, EXO-200 uses innovations both in how the detector is designed and built and in how researchers analyze the data. “We’ve developed a number of metrics that help us distinguish signal from background,” Dolinski says.

For one thing, a signal coming from neutrinoless double-beta decay would most likely come from a single site in the detector, whereas background signals often come from multiple sites. Scientists can use this distinction to roughly identify each. “It’s not a perfect discriminator, but it gives us some ability to distinguish signal and background,” Dolinski says.

Any gamma rays that do sneak in are most likely to come from the walls of the detector, which gives the researchers a clue to identify them. “We can look at the distribution of events, and if they’re concentrated more towards the wall, that’s more likely to be background than signal,” Dolinski explains.

Dolinski and her colleagues plug all of these clues into a neural network for analysis. “We construct an optimal discriminator that says, on an event-by-event basis, what looks more like signal or background,” she says. “And we use that as a parameter when we do our final analysis.”

As physicists continue to search for dark matter and rare physics events that could change our understanding of the Standard Model, the challenge of dealing with background will always be there. The good news is that scientists continue to get better and better at filtering it out.

Until they discover what they’re looking for, “particle physicists will never stop building the next generation of detectors,” Mahapatra says. “We’ll always have to come up with new technologies to bypass what appears to be irreducible background.”