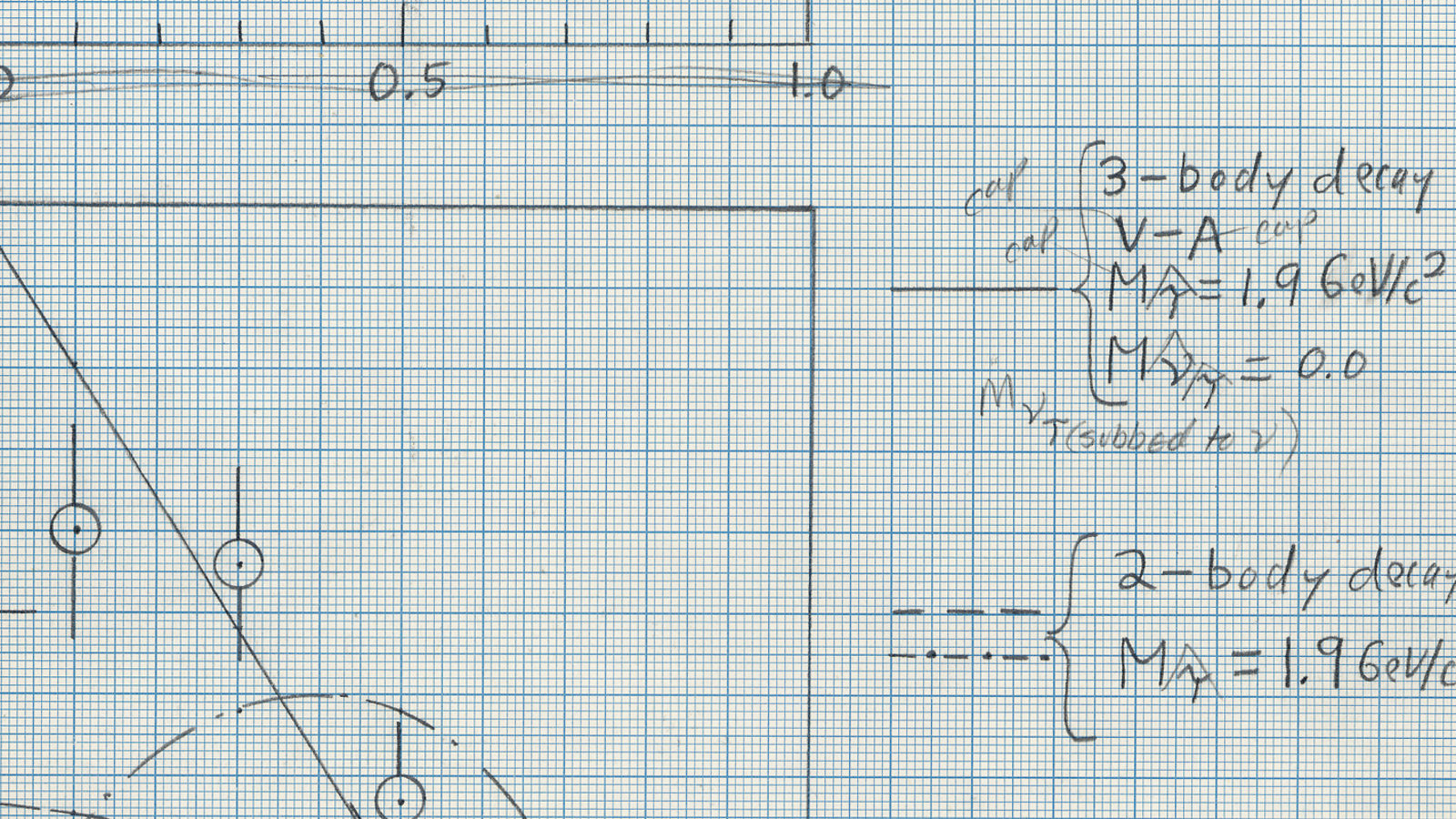 The discovery of an elementary particle that looked a lot like the electron, but had 3500 times its mass stunned most particle physicists three decades ago.

Martin Perl, who received the 1995 Nobel Prize for finding the tau, started his quest with the hope that finding a more massive version of the electron and its heavier, unstable cousin—the muon—would unlock the mystery of the muon’s properties. Perl’s colleagues on the Mark 1 collaboration were tolerant but skeptical: they relegated his idea to the back of the proposal. “For most,” Perl has written, “it was a remote dream.”

Perl searched for evidence of heavy charged leptons in the collisions of electrons and positrons. The particles he sought would rapidly decay into three lighter particles: a muon or an electron, a neutrino, and an antineutrino. Other unstable and uninteresting particles would result in only two of the lighter particles so Perl had found a way to distinguish his desired signal from the background. 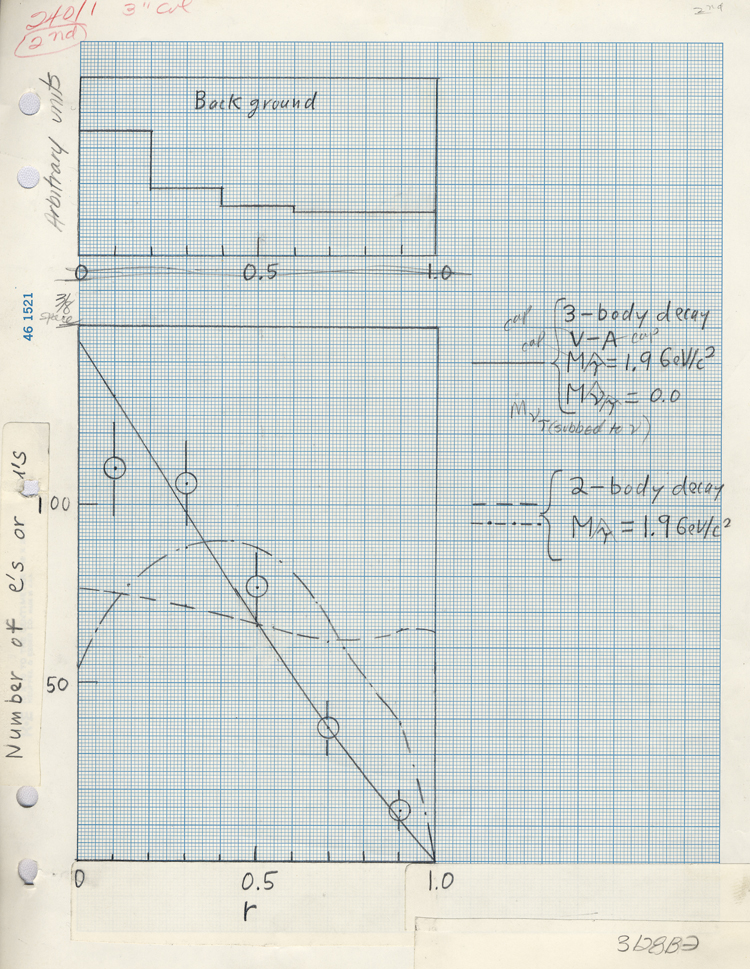 On this page of his logbook, Perl plotted the curves you’d expect for a three-body decay and two different kinds of two-body decays. When he looked at where his data points fell, he was convinced that he’d found what he sought—three-body decay indicating evidence of the tau lepton. Despite the discovery, Perl’s dream is, in some sense, as remote as ever. Why there are three charged leptons, and what determines the ratio of their masses, are questions still to be answered.