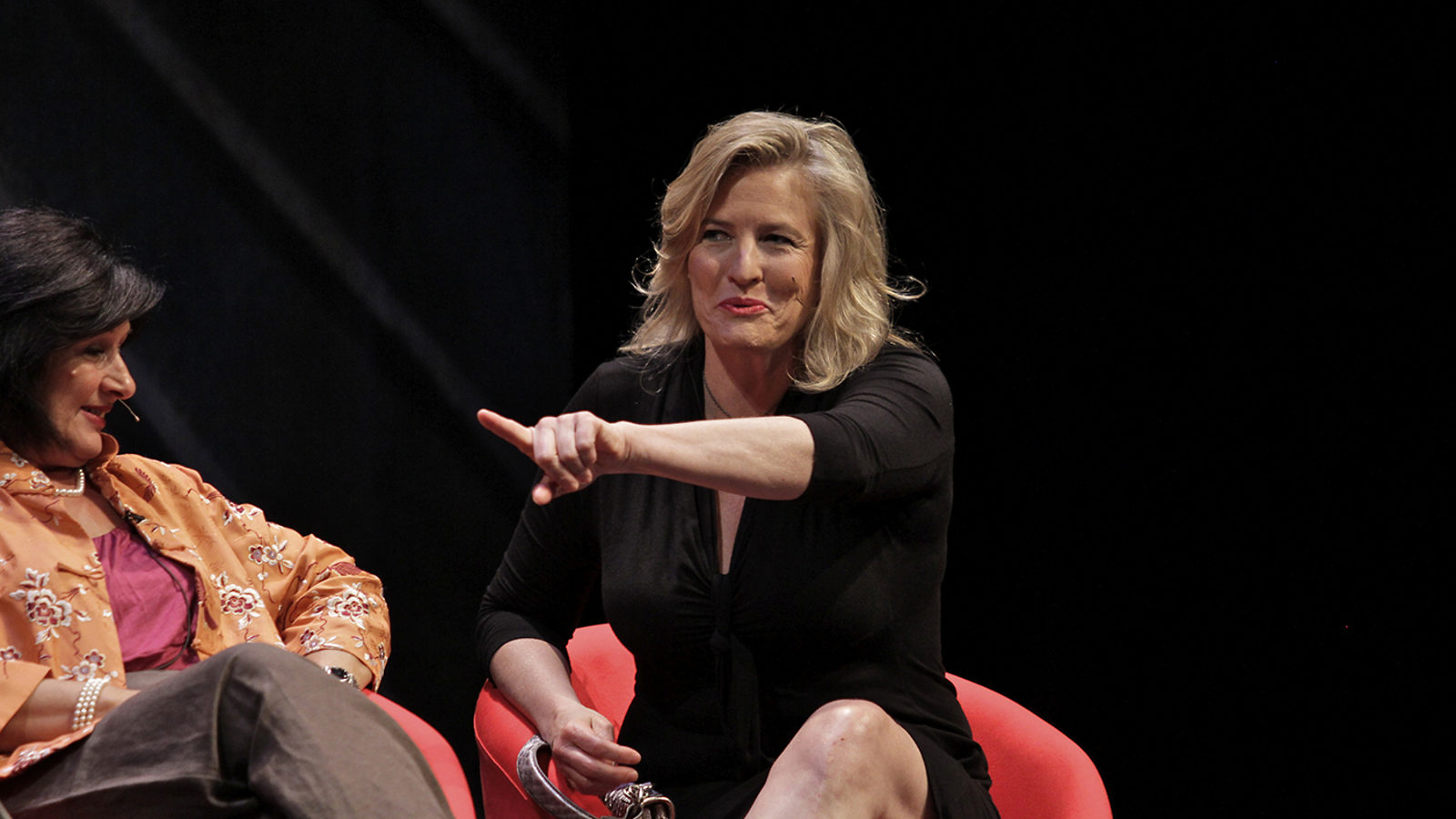 The new director of the Nordic Institute for Theoretical Physics talks neutrinos, women in science, and the hunt for dark matter.

Katherine Freese admits she didn’t do well in her first college physics course, but her impressive resume tells the rest of the story.

At MIT, she helped develop the theory of natural inflation, a model of early universe expansion that has survived nearly 25 years of experimental data. In 1991, she became the first female professor hired to the physics department at the University of Michigan.

Now the director of the international theoretical physics institute NORDITA in Stockholm, Sweden, and the author of Cosmic Cocktail: Three Parts Dark Matter, Freese spoke to symmetry about her career in particle physics and the search for unknown particles.

You weren’t studying cosmology at the start of the 1980s. What were you up to?

I was a Columbia University graduate student working on a neutrino experiment at Fermilab [near Chicago]. We were trying to measure the neutrino mass.

What was happening in cosmology at that time?

Alan Guth had thought of inflation. This is the idea that very early in the universe—around 10-35 seconds after the big bang—you had this very rapid exponential growth of the universe that smooths things out. It explains why, on the very largest scales, the universe looks homogeneous. The standard model of the big bang is great, but it has flaws, and this inflation corrected one of those flaws—it filled in the missing piece.

Why did you switch fields?

I wanted to have some reason to go into the city of Chicago, and I discovered that there was a cosmology class. I went there, and I listened to David Schramm talk about this new field. I thought it was really, really great; he was a very inspiring man.

He got interested in me after I was the only one to ace his midterm and he suggested, “Would you like to work with me on a theory project about neutrinos?” I came back to him and said, “How about I switch to work with you?” David Schramm was the founder of the particle astrophysics theory group at Fermilab.

Was it challenging to be a woman in physics then?

I became very aware of being a woman in physics once I had a baby. There was no maternity leave, and it was my first baby and my first teaching appointment all at the same time. It was a horrible experience.

Michigan gives a semester leave to every junior faculty member now, so that even men are able to take paternity leave. That’s a big improvement. Yet, the overall culture can still be negative. You very rarely get positive reinforcement—somebody saying, “Oh, that’s a good piece of work!” It’s very uncomfortable. I think a lot of men see this as kind of a challenge, whereas women just think, “Oh my God, I must be stupid. I should just leave this field.”

You’ve said that Sweden is especially accepting of women in science. How is it different?

I can only say that everywhere else I went, I was always aware of being a woman. But when I was on the board in Stockholm at the Oscar Klein Center for Cosmoparticle Physics, we were just talking about subject matter, and nobody was putting the gender factor behind any of this conversation.

Now one of your topics of interest is dark matter. How has the search for dark matter changed for you over the years?

Dark matter, we think, is some new kind of fundamental particle. And the best candidates are called WIMPs. It stands for Weakly Interacting Massive Particles. That’s what we’re looking for.

In the mid-1980s, I was making theoretical calculations of scattering of WIMPs on ordinary matter and predictions for what people would see if you built [dark matter] detectors. Based on these predictions, people started to build them. Now there are experiments all over the world.

What if those experiments are inconclusive?

The second is at the LHC at CERN, looking at the collisions of two protons and making a decay chain of particles that includes dark matter. Nothing yet from the LHC, but they’re going to turn on again in 2015 at double their energy, so we’ll see what happens.

The third prong is where you have two WIMPs, they hit each other, they annihilate and they turn into something detectable. The annihilation product of particular interest these days is high-energy photons called gamma rays. The Fermi Satellite, which is seeing the gamma-ray sky, sees an excess toward the center of the galaxy. So that’s an exciting place to look.

Everybody thinks we have a good chance of detection in the next decade.

How will it change the way we view our universe to figure this out?

In building these detectors you’re developing new technology, and that can have interesting offshoots. I mean, the biggest data set on Earth is what comes out of CERN, so it really drives computer science.

This question of what the universe is made of is an age-old quest. And if you discover something major like this, it’s a big deal. People ask, “How do things like this impact our daily lives?” And until you find it, you don’t know.