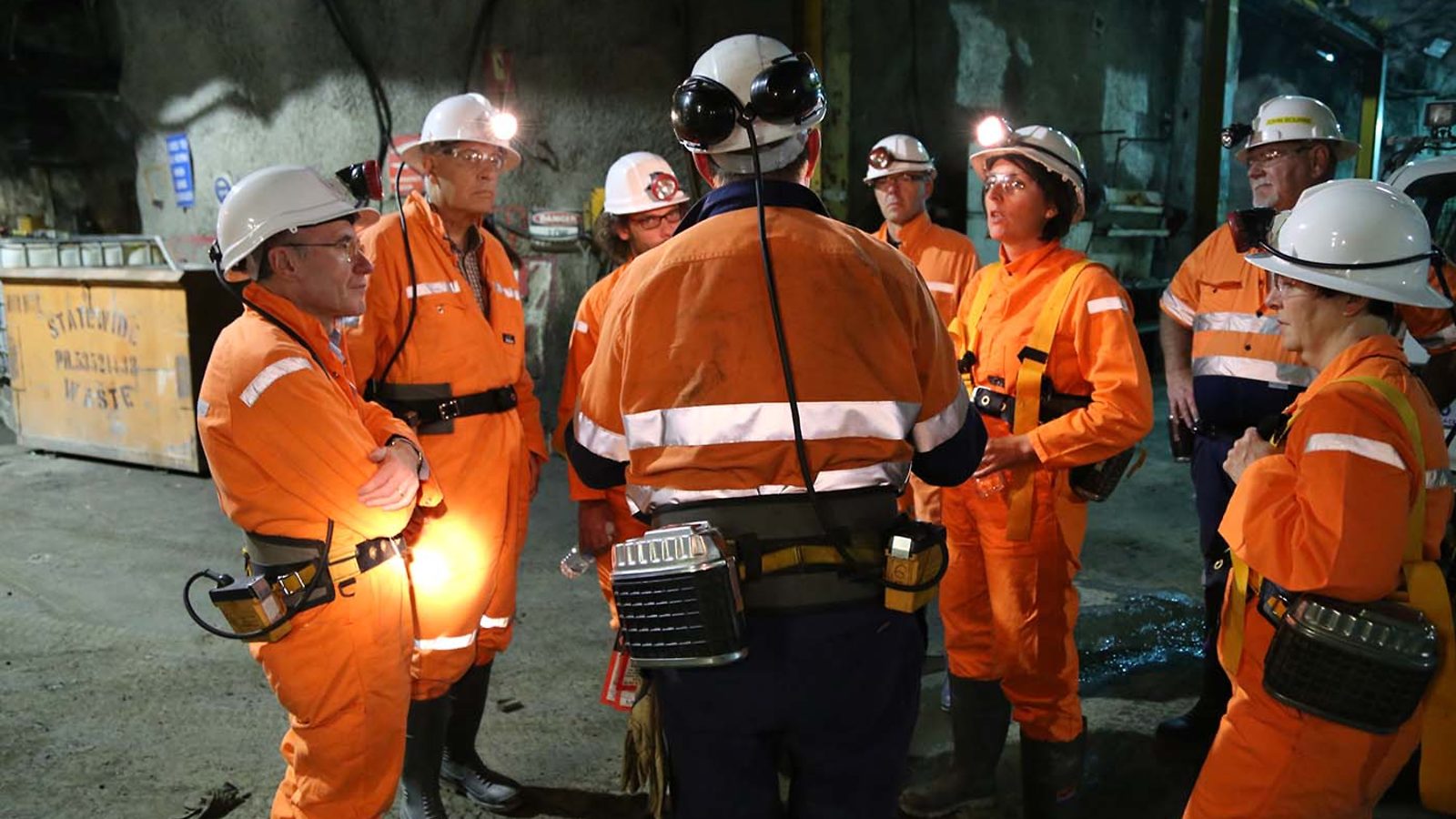 A proposed dark matter experiment would use two underground detectors, one in each hemisphere.

Physicists are hoping to hit pay dirt with a proposed experiment—the first of its kind in the Southern Hemisphere—that would search for traces of dark matter more than a half mile below ground in Victoria, Australia.

The current plan, now being explored by an international team, is for two new, identical dark matter experiments to be installed and operated in parallel—one at an underground site at Grand Sasso National Laboratory in Italy, and the other at the Stawell Gold Mine in Australia.

“An experiment of this significance could ultimately lead to the discovery of dark matter,” says Elisabetta Barberio of the ARC Centre of Excellence for Particle Physics at the Terascale (CoEPP) and the University of Melbourne, who is Australian project leader for the proposed experiment.

The experiment proposal was discussed during a two-day workshop on dark matter in September. Work could begin on the project as soon as 2015 if it gathers enough support. “We’re looking at logistics and funding sources,” Barberio says.

The experiments would be modeled after the DAMA experiment at Gran Sasso, now called DAMA/LIBRA, which in 1998 found a possible sign of dark matter.

DAMA/LIBRA looks for seasonal modulation, an ebb and flow in the amount of potential dark matter signals it sees depending on the time of year.

If the Milky Way is surrounded by a halo of dark matter particles, then the sun is constantly moving through it, as is the Earth. The Earth’s rotation around the sun causes the two to spend half of the year moving in the same direction and the other half moving in opposite directions. During the six months in which the Earth and sun are cooperating, a dark matter detector on the Earth will move faster through the dark matter particles, giving it more opportunities to catch them.

This seasonal difference appears in the data from DAMA/LIBRA, but no other experiment has been able to confirm this as a sign of dark matter.

For one thing, the changes in the signal could be caused on other factors that change by the season.

“There are environmental effects—different characteristics of the atmosphere—in winter and summer that are clearly reversed if you go from the Northern to the Southern hemisphere,” says Antonio Masiero, vice president for the Italian National Institute of Nuclear Physics (INFN) and a member of the Italian delegation collaborating on the proposal, which also includes Gran Sasso Director Stefano Ragazzi. If the results matched up at both sites at the same time of year, that would help to rule out such effects.

The Australian mine hosting the proposed experiment could also house scientific experiments from different fields.

“It wouldn’t be limited to particle physics and could include experiments involving biology, geosciences and engineering,” Barberio says. “These could include neutrino detection, nuclear astrophysics, geothermal energy extraction and carbon sequestration, and subsurface imaging and sensing.”

Preliminary testing has begun at the mine site down to depths of about 880 meters, about 200 meters above the proposed experimental site. Regular mining operations are scheduled to cease at Stawell in the next few years.

The ARC Centre of Excellence for All-Sky Astrophysics (CAASTRO), the local government in the Victoria area, and the mine operators have joined forces with COEPP and INFN to support the proposal.