500-mile neutrino experiment up and running

Construction is complete for NOvA, the longest-distance neutrino experiment in the world. 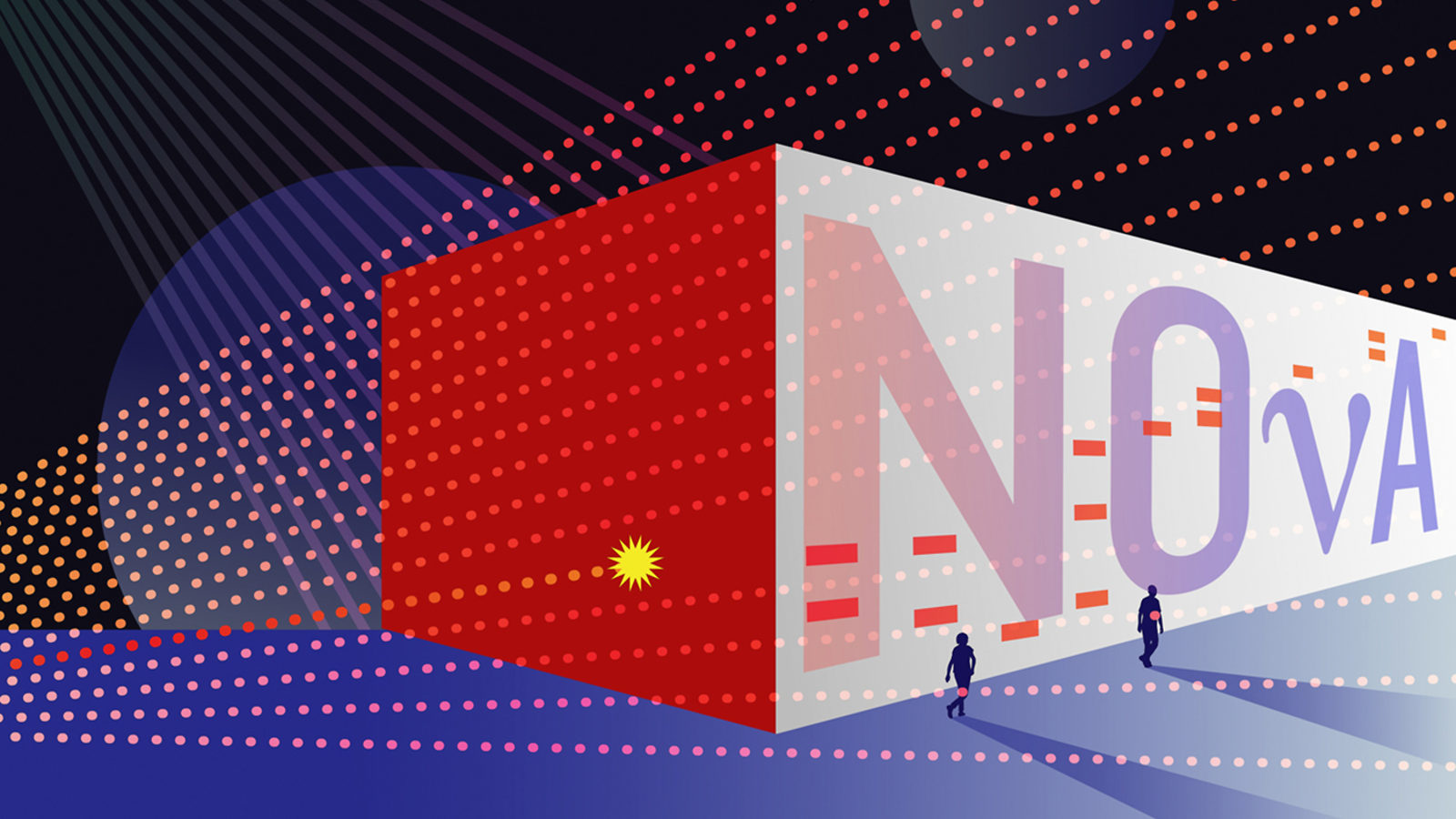 With construction completed, the NOvA neutrino experiment has begun its probe into the mysteries of ghostly particles that may hold the key to understanding the universe.

It’s the most powerful accelerator-based neutrino experiment ever built in the United States, and the longest-distance one in the world. It’s called NOvA, and after nearly five years of construction, scientists are now using the two massive detectors—placed 500 miles apart—to study one of nature’s most elusive subatomic particles.

Scientists believe that a better understanding of neutrinos, one of the most abundant and difficult-to-study particles, may lead to a clearer picture of the origins of matter and the inner workings of the universe. Using the world’s most powerful beam of neutrinos, generated at the US Department of Energy’s Fermi National Accelerator Laboratory near Chicago, the NOvA experiment can precisely record the telltale traces of those rare instances when one of these ghostly particles interacts with matter.

Construction on NOvA’s two massive neutrino detectors began in 2009. In September, the Department of Energy officially proclaimed construction of the experiment completed, on schedule and under budget.

“Congratulations to the NOvA collaboration for successfully completing the construction phase of this important and exciting experiment,” says James Siegrist, DOE associate director of science for high energy physics. “With every neutrino interaction recorded, we learn more about these particles and their role in shaping our universe.”

NOvA’s particle detectors were both constructed in the path of the neutrino beam sent from Fermilab in Batavia, Illinois, to northern Minnesota. The 300-ton near-detector, installed underground at the laboratory, observes the neutrinos as they embark on their near-light-speed journey through the Earth, with no tunnel needed. The 14,000-ton far-detector—constructed in Ash River, Minnesota, near the Canadian border—spots those neutrinos after their 500-mile trip and allows scientists to analyze how they change over that long distance.

For the next six years, Fermilab will send tens of thousands of billions of neutrinos every second in a beam aimed at both detectors, and scientists expect to catch only a few each day in the far detector, so rarely do neutrinos interact with matter.

From this data, scientists hope to learn more about how and why neutrinos change between one type and another. The three types, called flavors, are the muon, electron and tau neutrino. Over longer distances, neutrinos can flip between these flavors. NOvA is specifically designed to study muon neutrinos changing into electron neutrinos. Unraveling this mystery may help scientists understand why the universe is composed of matter and why that matter was not annihilated by antimatter after the big bang.

Scientists will also probe the still-unknown masses of the three types of neutrinos in an attempt to determine which is the heaviest.

“Neutrino research is one of the cornerstones of Fermilab’s future and an important part of the worldwide particle physics program,” says Fermilab Director Nigel Lockyer. “We’re proud of the NOvA team for completing the construction of this world-class experiment, and we’re looking forward to seeing the first results in 2015.”

The far detector in Minnesota is believed to be the largest free-standing plastic structure in the world, at 200 feet long, 50 feet high and 50 feet wide. Both detectors are constructed from PVC and filled with a scintillating liquid that gives off light when a neutrino interacts with it. Fiber optic cables transmit that light to a data acquisition system, which creates 3-D pictures of those interactions for scientists to analyze.

The NOvA far detector in Ash River saw its first long-distance neutrinos in November 2013. The far detector is operated by the University of Minnesota under an agreement with Fermilab, and students at the university were employed to manufacture the component parts of both detectors.

“Building the NOvA detectors was a wide-ranging effort that involved hundreds of people in several countries,” says Gary Feldman, co-spokesperson of the NOvA experiment. “To see the construction completed and the operations phase beginning is a victory for all of us and a testament to the hard work of the entire collaboration.”

The NOvA collaboration comprises 208 scientists from 38 institutions in the United States, Brazil, the Czech Republic, Greece, India, Russia and the United Kingdom. The experiment receives funding from the US Department of Energy, the National Science Foundation and other funding agencies.

Detecting Neutrinos with the NOvA Detector