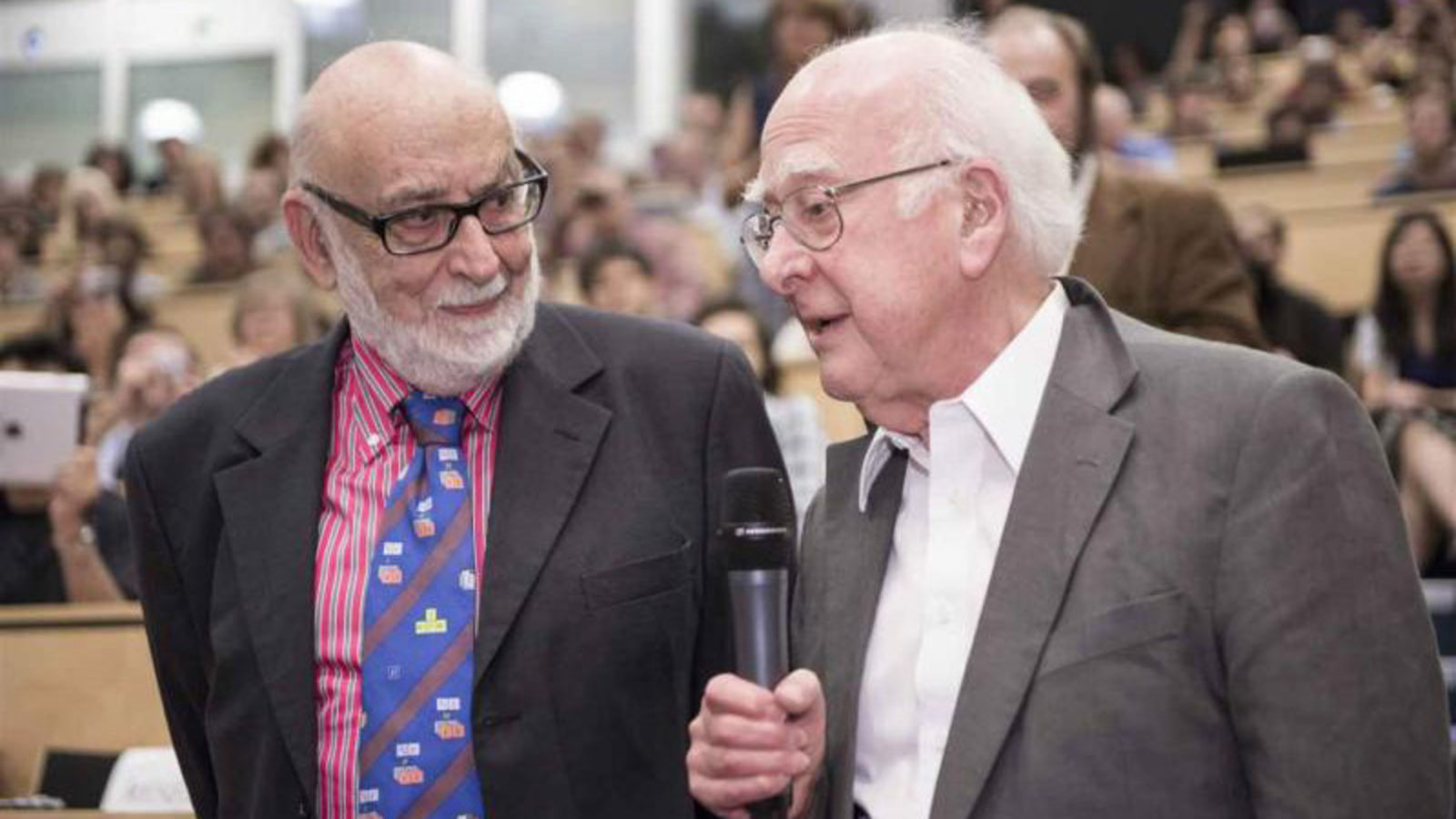 The Royal Swedish Academy of Sciences announced on Tuesday, October 8, that they will award the 2013 Nobel Prize in physics to Peter Higgs and Francois Englert, scientists responsible for developing key concepts in the theory that predicted the Higgs boson.

In the 1960s, the two newly minted Nobel laureates—along with their contemporaries Robert Brout, Gerald Guralnik, Carl Hagen and Tom Kibble—each played an important part in inventing the concept of the Higgs field, an essential piece of the Standard Model of physics that grants mass to elementary particles.

Englert participated in the press conference after the announcement, offering with a soft chuckle a particularly understated assessment of what it was like to win: "You may imagine that this is not very unpleasant, of course."

The more reclusive Higgs, however, spent the day avoiding media. He did not even learn he had won the award until a former neighbor saw him heading home after a quiet lunch in the town of Leith and pulled over her car to congratulate him, he said later.

Finally hearing the announcement did seem to lift a burden, however. "Well, I'm obviously delighted and rather relieved that, in a sense, it's all over—because it's been, you know, a long time coming," he said at a press conference at the University of Edinburgh.

On July 4, 2012, scientists working on experiments at the LHC at CERN announced the discovery of the Higgs boson, a particle that proves the existence of the Higgs field. Nearly 2000 physicists from US institutions and national laboratories participate in the two LHC experiments, CMS and ATLAS, that made the discovery. (Learn more about the US contributions in this article.)

It took decades of effort by thousands of scientists to find the famous boson. Work by scientists at the Large Electron-Positron Collider at CERN and at the Tevatron particle collider at Fermi National Accelerator Laboratory developed the search techniques and eliminated a significant fraction of the space in which the Higgs boson could hide, allowing experiments at the LHC to finally find the elusive particle. Today’s Nobel announcement underscores the importance of such long-term searches and underscores the fact that the discovery of the Higgs boson is one of the most significant in the history of particle physics.