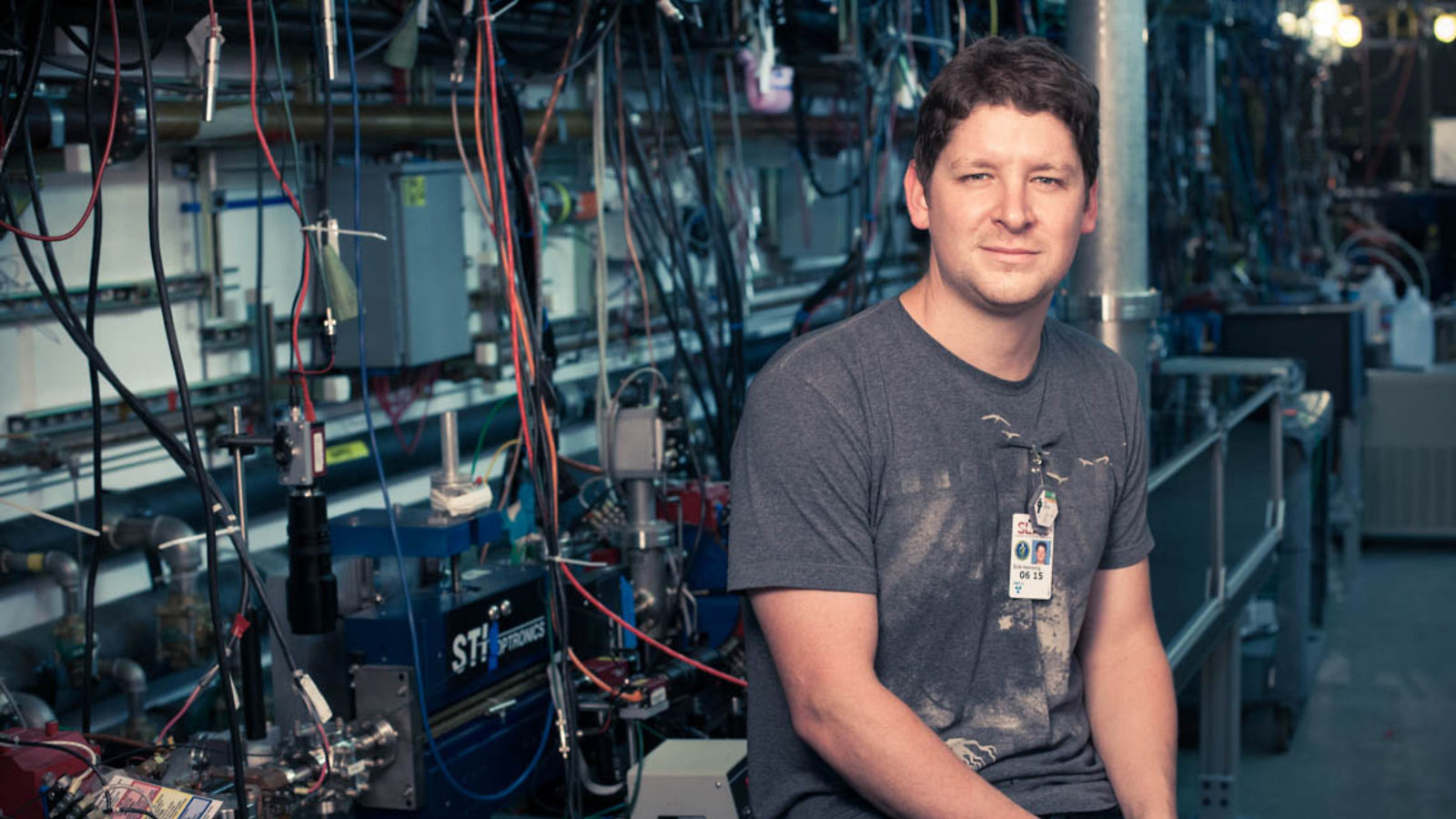 Scientists at SLAC have found a new method of creating beams of twisted light—light that spirals around a central axis, all of the waves traveling in sync.

Twisted light could have uses in fields as diverse as telecommunications, quantum computing, condensed matter research and astronomy.

In the center of a ray of twisted light, the light interferes with itself and cancels out, creating a circle of perfect darkness. Project that over a star, and you have what's called an optical vortex coronagraph, a shape that blocks out the star’s light, revealing any dimly lit planets that might be orbiting it. Astronomers have already used optical vortex coronagraphs to find exoplanets.

In telecommunications, researchers have demonstrated that twisted light can transmit more information through fiber optics cables than the current industry standard. This is done by encoding data in separate beams that are twisted together like plied yarn.

Until now, researchers have created twisted light by shooting laser beams through masks or holographic gratings. But the SLAC team has shown they can create it by sending two pulses—one of electrons, the other of laser light—through a series of specially configured magnets, says SLAC postdoctoral researcher Erik Hemsing (pictured above), who is lead author of a paper in the September issue of Nature Physics.

The combination of laser pulse and magnets imprints an energy pattern on the electrons. As the electrons pass through a second grouping of magnets, they reposition themselves like race cars on a curve and hit the next straightaway arranged in the shape of a corkscrew. Then they enter a third grouping of magnets that causes them to wiggle and emit spiraling light.

The new technique, shown during a recent proof-of-concept demonstration, seems capable of generating light in shorter pulses, at higher intensities and over a much wider range of wavelengths than is created through other, preexisting techniques.

Although the twisted light the team created in this experiment was in the visible range, there's no reason the same technique can't be used to create twisted light of much shorter wavelengths and much higher energies—including X-rays, says Hemsing. Current methods that physically reshape light can't reach those energies, since the masks and holograms succumb to radiation damage.

“Twisted light interacts with electrons in a sample in a slightly different way than normal light does,” he says. With normal light, it can be difficult to tell if X-rays are absorbed by a sample due to its magnetic properties or due to other causes. But twisted light could make the distinction possible. “This could enable sensitive studies of the electronic configurations in complicated materials,” Arthur says. Examples include high-temperature superconductors, exotic materials that conduct electricity without energy loss, but at temperatures much warmer than classical superconductors, which must be cooled to near absolute zero to function.

The experiment is one of several being conducted at the Next Linear Collider Test Accelerator, SLAC's small test accelerator, to create “beams by design.” By controlling the shape and dynamics of electron bunches, the NLCTA team is working to design light with specific properties.

So far, that goal has been extremely successful, Hemsing says. “Now researchers are interested in what other kinds of light we can make.”

A scientific paper describing these results has been published in Nature Physics (subscription required).

Linear collider focus gets down to size

In a display of timing worthy of a blockbuster movie, a multinational team of accelerator physicists focused a beam of electrons down to the tiny size needed for a future linear collider the same w