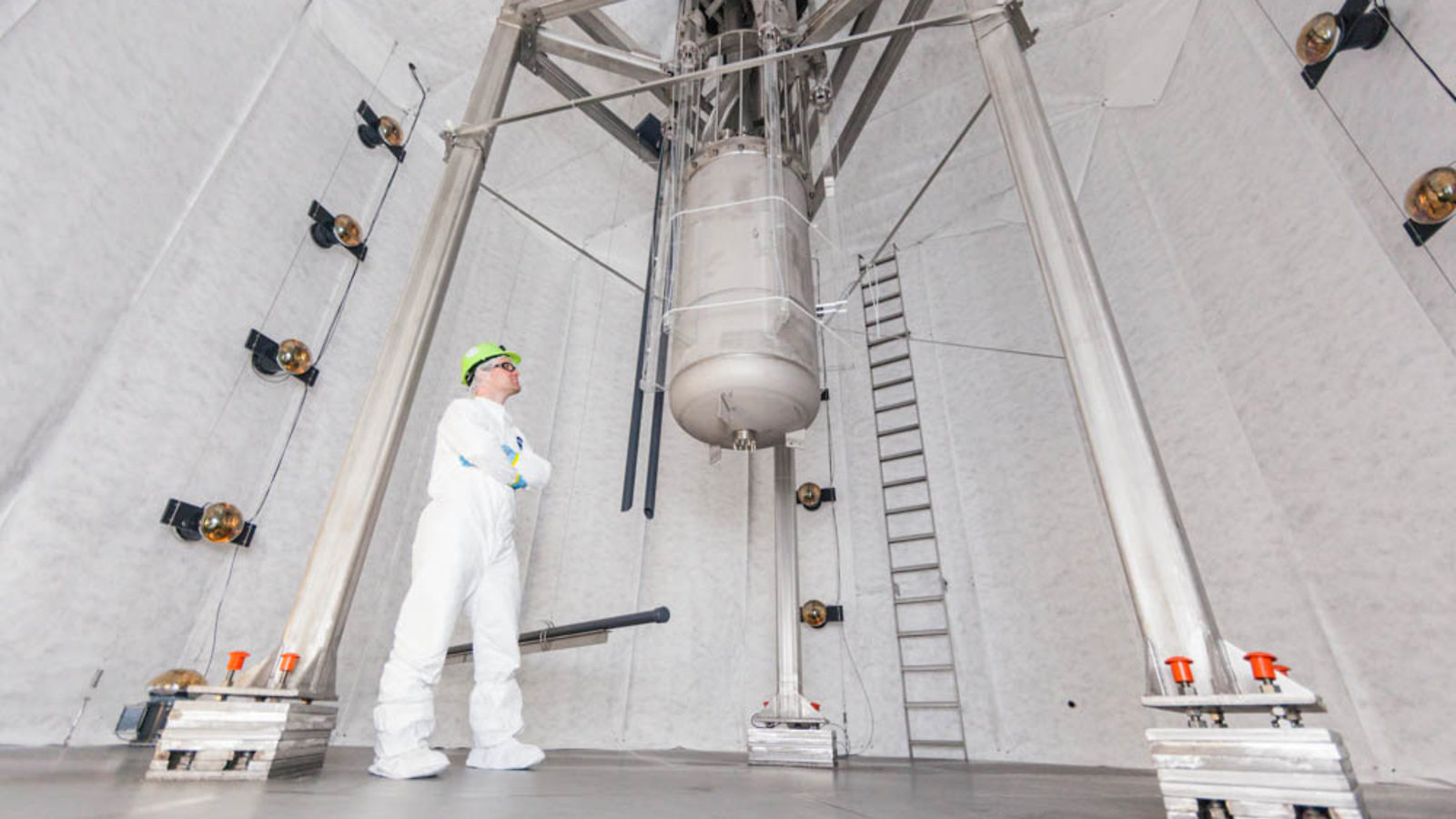 In its first three months of running, the world’s most sensitive dark matter experiment saw no signs of dark matter—refuting a previous, inconclusive result from another experiment.

In April, scientists on the Cryogenic Dark Matter Search, or CDMS, experiment announced their detector had caught three candidate dark-matter particles with a mass about nine times that of a proton. This morning, scientists on the Large Underground Xenon, or LUX, experiment announced that, if the particles caught by CDMS really were dark-matter particles, the much larger, more sensitive LUX experiment should have seen about 1600 candidate particles, about one for every 80 minutes of their initial run.

However, the LUX experiment came up empty-handed in its first run, conducted this spring and summer. The worldwide search for dark matter continues.

“The first run of LUX does not mean that we won’t see anything in the second run of LUX,” says Brown University Professor Rick Gaitskell, who serves as co-spokesperson of the LUX collaboration. “It’s quite possible that there are WIMPs [weakly interacting massive particles] hiding in our data.”

Dark matter is about five times as prevalent as regular matter. But so far scientists have seen it only indirectly, through its gravitational effects. Scientists around the globe are at work on experiments to see it directly.

The LUX detector consists of a 6-foot titanium tank filled with almost a third of a ton of liquid xenon, cooled to minus 150 degrees Fahrenheit. To filter out distracting particles from other sources such as cosmic rays, the detector is immersed in a 72,000-gallon tank of pure water and situated nearly a mile underground in a former gold mine at the Sanford Underground Research Facility in Lead, South Dakota. If a dark-matter particle strikes a xenon atom in the LUX experiment, the atom should recoil and trigger the release of particles of light, allowing the detector to locate the collision and measure its energy. Overall, the LUX data is 20 times more sensitive than any previous dark matter experiment.

Homestake Mining Co. donated the mine to the South Dakota Science and Technology Authority, which opened it in 2007 with funding from the state legislature and a $70 million donation from philanthropist T. Denny Sanford. Sanford Lab is state-owned and is operated with funds from the U.S. Department of Energy. Both DOE and the National Science Foundation support the LUX collaboration.

A full-year-long LUX search will begin in 2014.