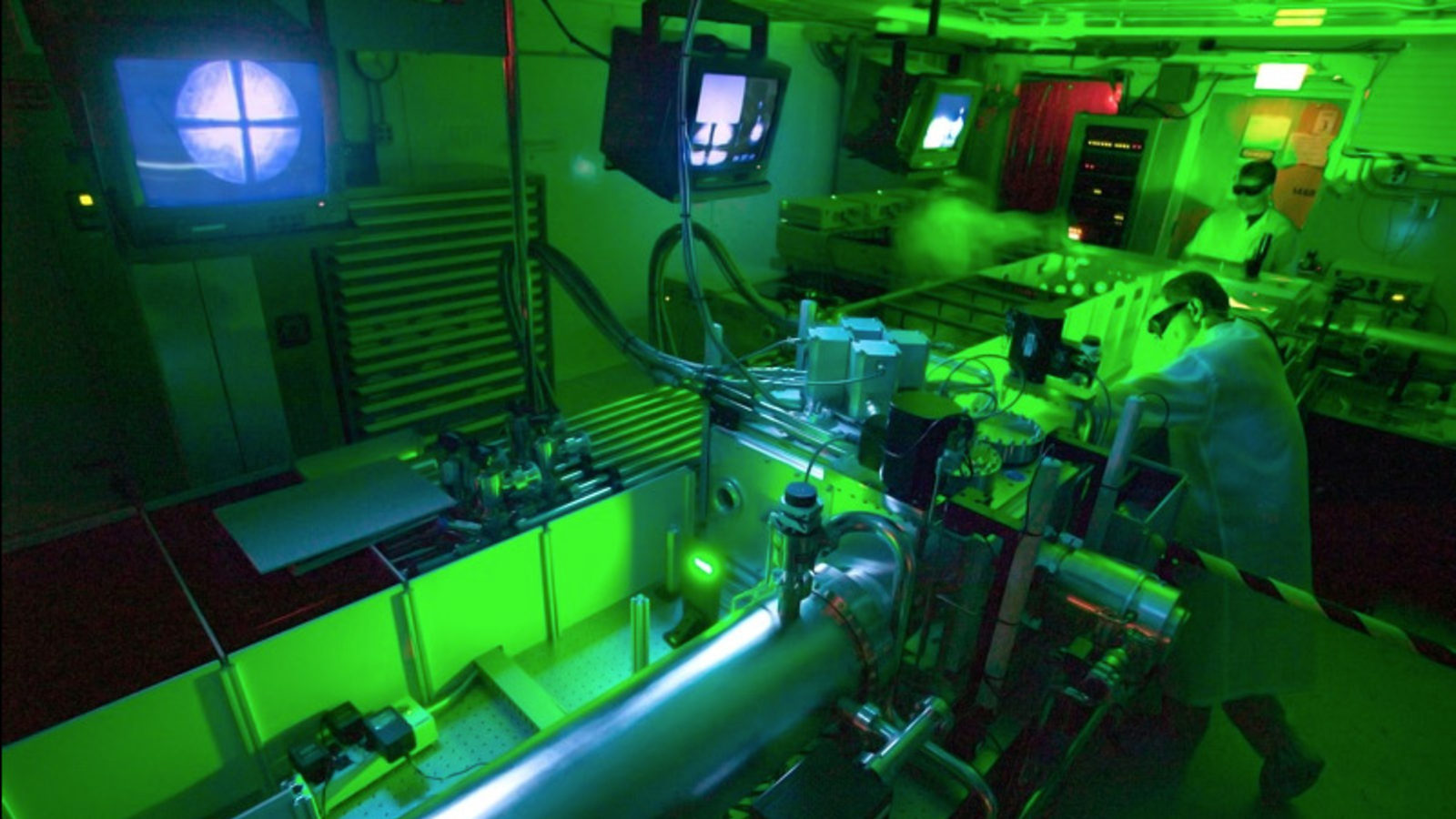 Researchers at Berkeley Lab have measured the quality of beam produced by a plasma accelerator, revealing that this novel type of accelerator may be better suited for light-source science than previously thought.

In Wim Leemans’ lab at Lawrence Berkeley National Laboratory sits one of the world’s most advanced R&D accelerators. By pushing electrons forward on the crest of plasma waves, the accelerator is capable of accelerating electron bunches from an energy of 0 to 1 billion electronvolts in just 3 centimeters. But, until now, Leemans and his team were unable to quantify exactly how uniform that acceleration was within a bunch of electrons. This measurement is especially important for one of the most promising applications of plasma accelerators: free-electron lasers.

Free-electron lasers use carefully crafted bunches of electrons to produce ultrabright, ultrafast X-rays that can take high-resolution pictures of atoms and molecules in action, divulging previously unknown details about the fundamental processes of chemistry, materials and even biology. Such machines would be even more useful if they could be built small enough to fit in a medical office or a university science department. Leemans and his team believe that could be possible through plasma acceleration. Now they need to prove it.

Traditional means of measurement have shown that plasma accelerators can produce a beam with an energy spread at a level of a few percent within a small longitudinal slice of an electron bunch. That’s too much spread to be of use in a free-electron laser, but there is a ray of hope: Traditional measurements are imprecise, meaning that the spread might really be smaller.

To make their measurement, the team first produced electron bunches in which the electrons didn’t all travel at the same speed (“modulation in momentum”), and then allowed the beams to drift through a vacuum. As the beam drifted, the electrons that were traveling faster caught up with electrons that were traveling slower, forming microbunches. In other words, van Tilborg said in a recent Berkeley Lab news feature, “the initial momentum modulations of the beam [were] converted to density modulations."

As bunches containing this microbunching crossed from vacuum into the Mylar foil, Lin and van Tilborg measured the coherent optical transition radiation the bunches produced. From these measurements, they were able to determine that, at optimal conditions (in this case, high-energy electrons surfing on high-density plasma), the accelerator was capable of producing a local energy spread of less than half a percent: much better than expected.

This result is promising for the future use of plasma accelerators to power not only smaller free-electron lasers, but also the estimated 30,000 particle accelerators currently in operation around the world—accelerators that treat cancer, sterilize food, screen for nuclear material and perform a host of other services.

From atom smashers to X-ray movies

When particle accelerators gave birth to the powerful X-ray microscopes known as synchrotrons, they revolutionized the study of virtually every field of science.