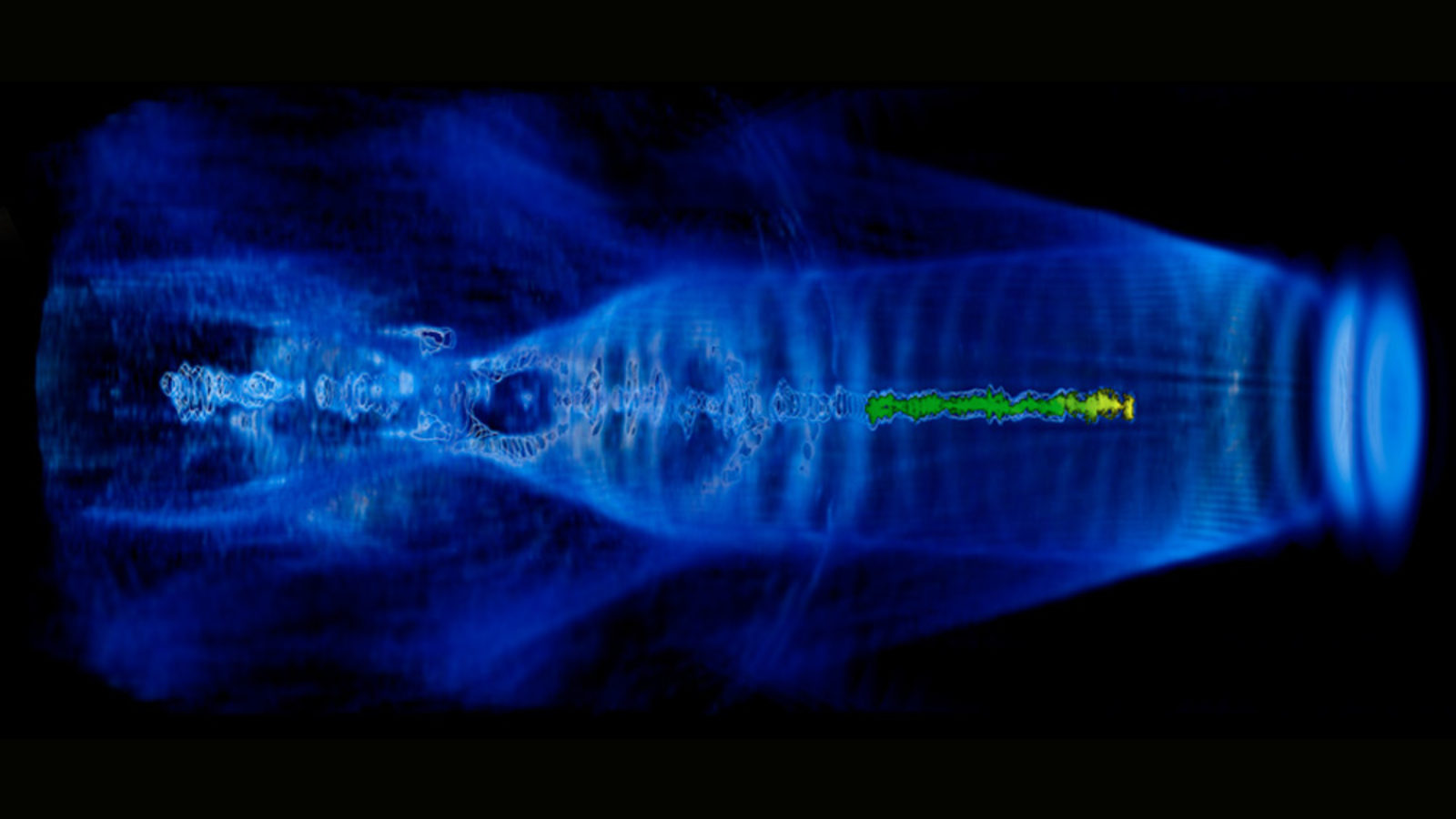 Seeking less costly, more efficient means of particle acceleration, physicists are developing new types of machines that zip particles to high energies in short distances. One promising method harnesses the power of plasma, accelerating electron bunches on the crest of plasma waves. Physicists recently discovered a way to measure the focus of such a beam, despite the fact that the plasma would melt traditional diagnostic tools.

It’s clear that plasma acceleration works. One such test accelerator, developed by the Laser and Optical Accelerator Systems Integrated Studies (LOASIS) program at Berkeley Lab, first accelerated electrons to 1 billion electronvolts in 2006. But it turns out that some characteristics of the accelerated beam are difficult to test.

The beam’s emittance, or how well the beam can be focused, has proven especially challenging. Emittance is an important parameter in particle physics because smaller emittance means higher luminosity—more particle collisions and therefore more data.

Yet the typical method of measuring emittance—placing measuring devices directly in the accelerator beam—aren’t possible for plasma accelerators: The plasma would quite simply destroy the device.

To gaze into their plasma, the Berkeley Lab team needed X-ray vision. Fortunately, the electron bunches themselves generate X-rays as they swing back and forth on the crest of the plasma wave. This oscillation emits a short pulse of bright X-rays that the researchers could detect with an advanced CCD camera, allowing them to count each X-ray photon and its exact energy.

These measurements showed that the team could produce an electron beam with a radius of one-tenth of a millionth of a meter: smaller than any other experiment has resolved. From there, the team estimated the emittance across the beam to be as small as a tenth of a millimeter per thousandth of a radian.

“This transverse emittance is as good as state-of-the-art conventional accelerators for free electron lasers and gamma-ray sources, if not yet high enough for a high-energy collider,” LOASIS physicist Cameron Geddes said in a recent Berkeley Lab news feature. “Our numerical simulations show us that emittance depends on specific ways in which the electrons are trapped in the wave, which opens the door to further reducing emittance.”

In the coming years, the LOASIS team seeks to further develop their accelerator to produce a 10 billion electronvolt beam over a distance of about a foot, with a high enough emittance to be used in a particle collider.