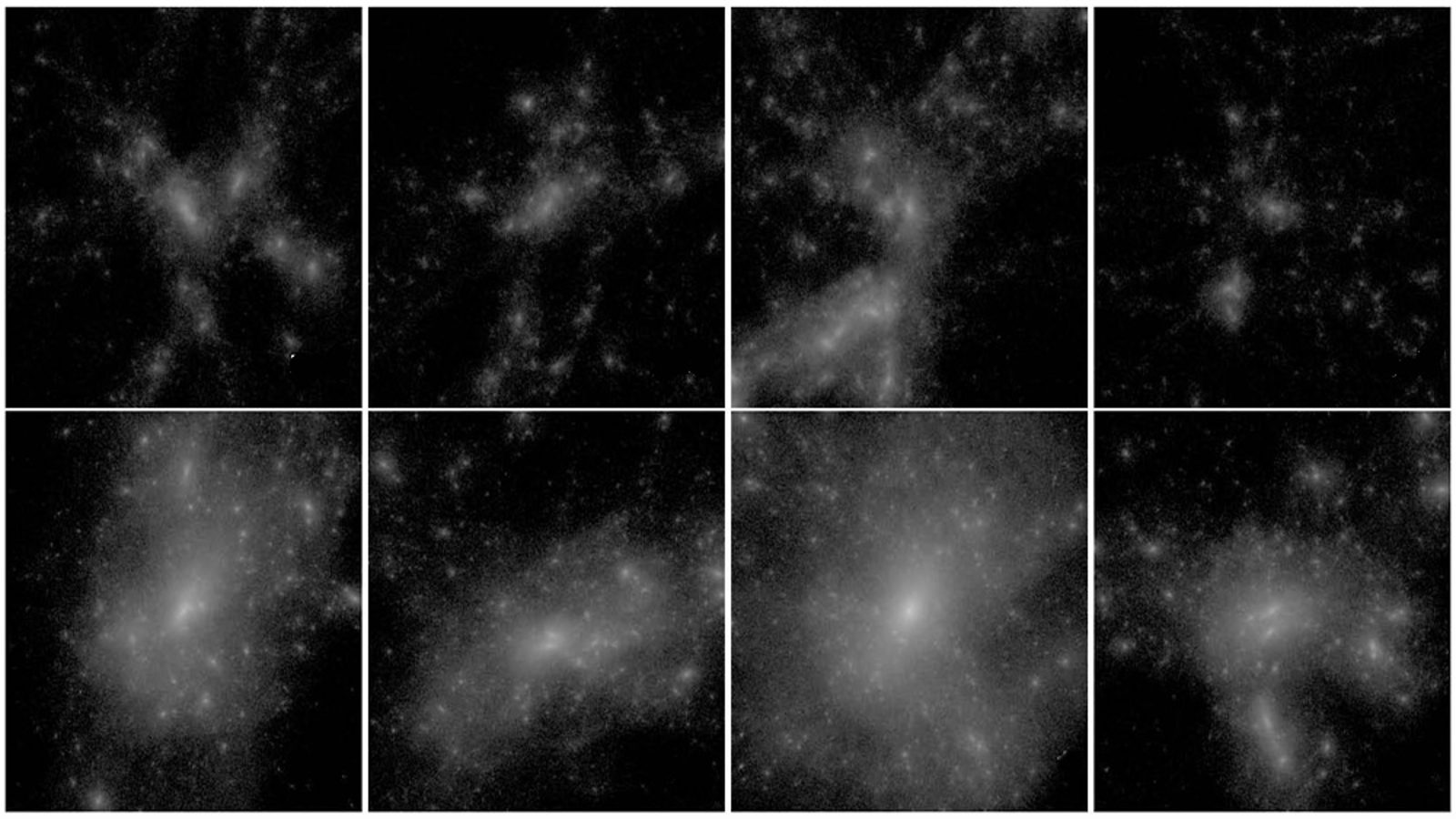 A growing suite of computational instruments is helping scientists determine how fast local concentrations of dark matter move, which in turn could help them cut in on the dance of dark matter particles.

Scientists from the groups of professors Risa Wechsler and Tom Abel at the Kavli Institute for Particle Astrophysics and Cosmology, an institute run jointly by Stanford University and SLAC National Accelerator Laboratory, are busily crafting enough computer simulation tools to outfit a major stadium tour—if simulations were musical instruments and the KIPAC scientists a supergroup. They’ve managed to meld their different strains of software into the type of melody that dark matter just might dance to.

Laying down the base line is MUSIC, MUlti-Scale Initial Conditions, a software tool that enables the simulation of cosmic structures at very high resolutions without breaking the computer memory bank. Simulating the development of regions of the universe can provide reliable results only if there are many of these regions in the simulation—“many” being a statistically meaningful number—while simultaneously including high spatial resolution for each, a challenge when using real-world computers with limited processing speed. MUSIC simulations contain significantly fewer errors in their initial conditions than previous simulation techniques.

Next, the harmony: ROCKSTAR, which stands for Robust Overdensity Calculation using K-Space Topologically Adaptive Refinement. This tool improves on prior simulations of major galaxy mergers by tracking the galaxies based not only on position, but on velocity. Such simulations don’t turn into a cacophony of dark matter blobs once the galaxies intertwine; using the galaxies’ velocities, the simulation can continue to follow them separately, note for note.

Finally, the melodic contribution of RHAPSODY, the Resimulated Halo Population for Observable-mass Distribution Study. RHAPSODY brings together the high-resolution cosmic structures of MUSIC with the tracking capabilities of ROCKSTAR to reveal the dark matter halos of galaxy clusters. (The image above shows the evolution of halos as seen in RHAPSODY, with brighter areas indicating greater concentrations of dark matter.)

By playing all three together, KIPAC scientists were able to make new predictions of the velocity of dark matter particles at different positions within these halos. This gives a better idea of how fast the particles should hit a dark matter detection experiment here at Earth's position in the Milky Way and whether they’re more likely make the detector ring like a gong or tinkle delicately like a triangle.

Whichever is easier to dance to.