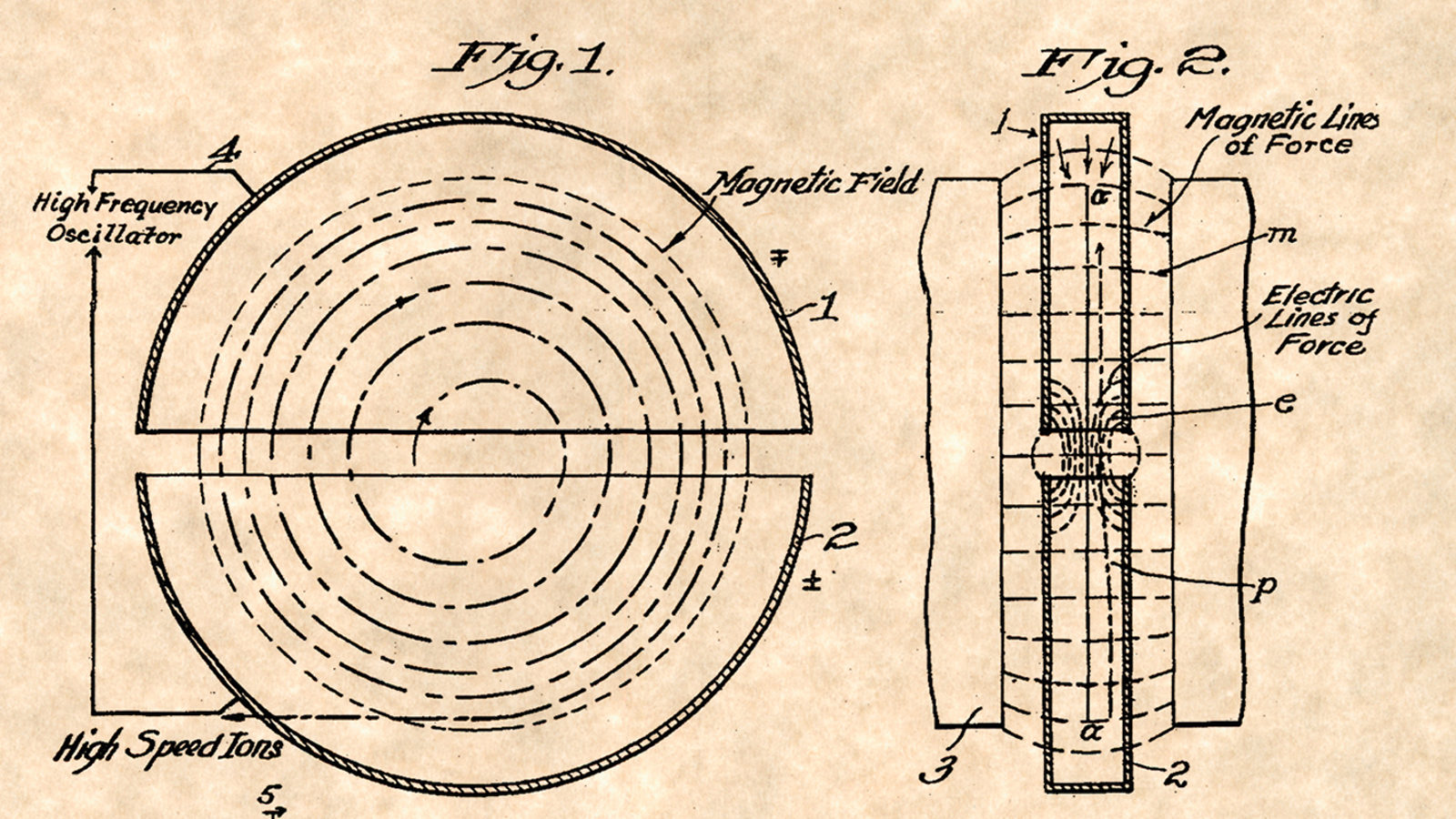 On January 26, 1932, Ernest Lawrence applied for a patent on the cyclotron.

In the spring of 1929, Ernest Lawrence was leafing through the German journal Archivfür Elektrotechnik when he came across diagrams of Rolf Widerøe’s staged linear accelerator. Conventional particle accelerators had been reaching the limits of their ability to sustain enormous voltages. Lawrence, a young associate professor of physics at the University of California, Berkeley, recognized that Widerøe’s design suggested the repeated delivery of energy to particles using low voltage.

Attaining high energies this way had been proposed but never pursued. Guided by his persistent optimism, Lawrence made the notion practical and submitted a patent application in 1932, accompanied by this drawing.

Lawrence decided to bend Widerøe’s linear accelerator into a ring, in which charged particles would be boosted repeatedly by an oscillating field of modest voltage as they crossed the gap between two D-shaped electrodes. It was an elegant solution: as the particles gained energy and traveled faster, a uniform magnetic field steered them along wider arcs. Speed and distance balanced each other so that the particles arrived at the gap in sync with the constant frequency of the oscillating field.

Lawrence’s graduate students, notably M. Stanley Livingston, built progressively larger prototypes, and in September 1930 Lawrence presented the cyclotron principle at a National Academy of Sciences meeting, claiming that there are no serious difficulties in the way of producing 1,000,000-volts protons in this indirect manner. By August 1931, in a letter to Physical Review Letters, he’d already upped the ante by an order of magnitude: It appears now that the production of 10,000,000-volt protons can be readily accomplished when a suitably larger magnet and high frequency oscillator are available. On January 26, 1932, Lawrence applied for a patent on the cyclotron. 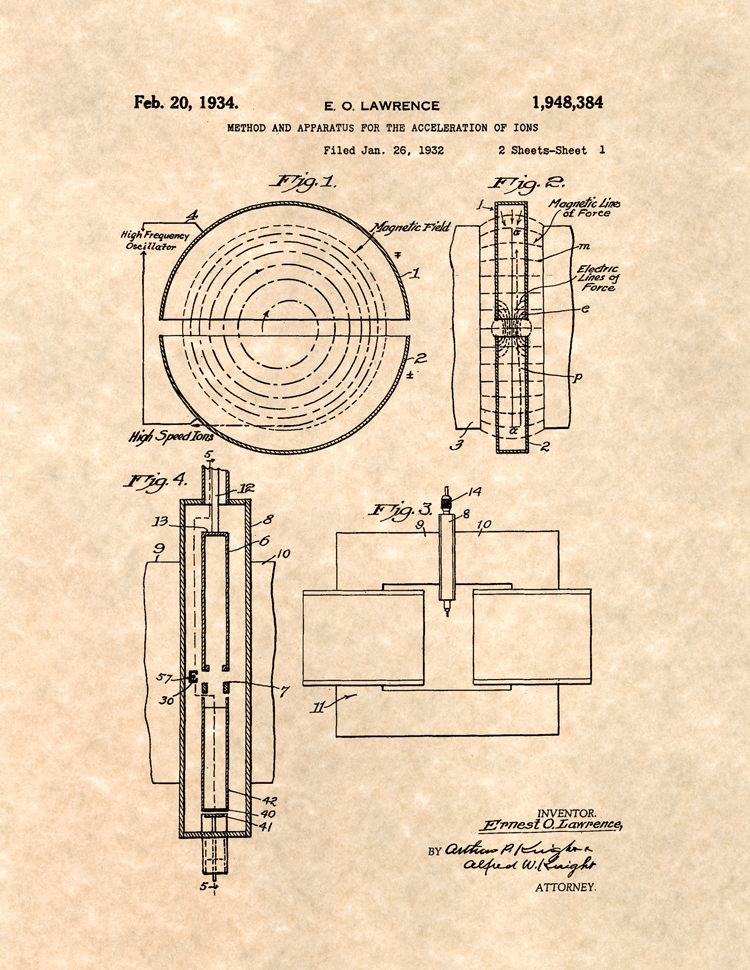 Berkeley Lab
Follow
Use your browser’s print dialog box to create a pdf.
Popular on symmetry