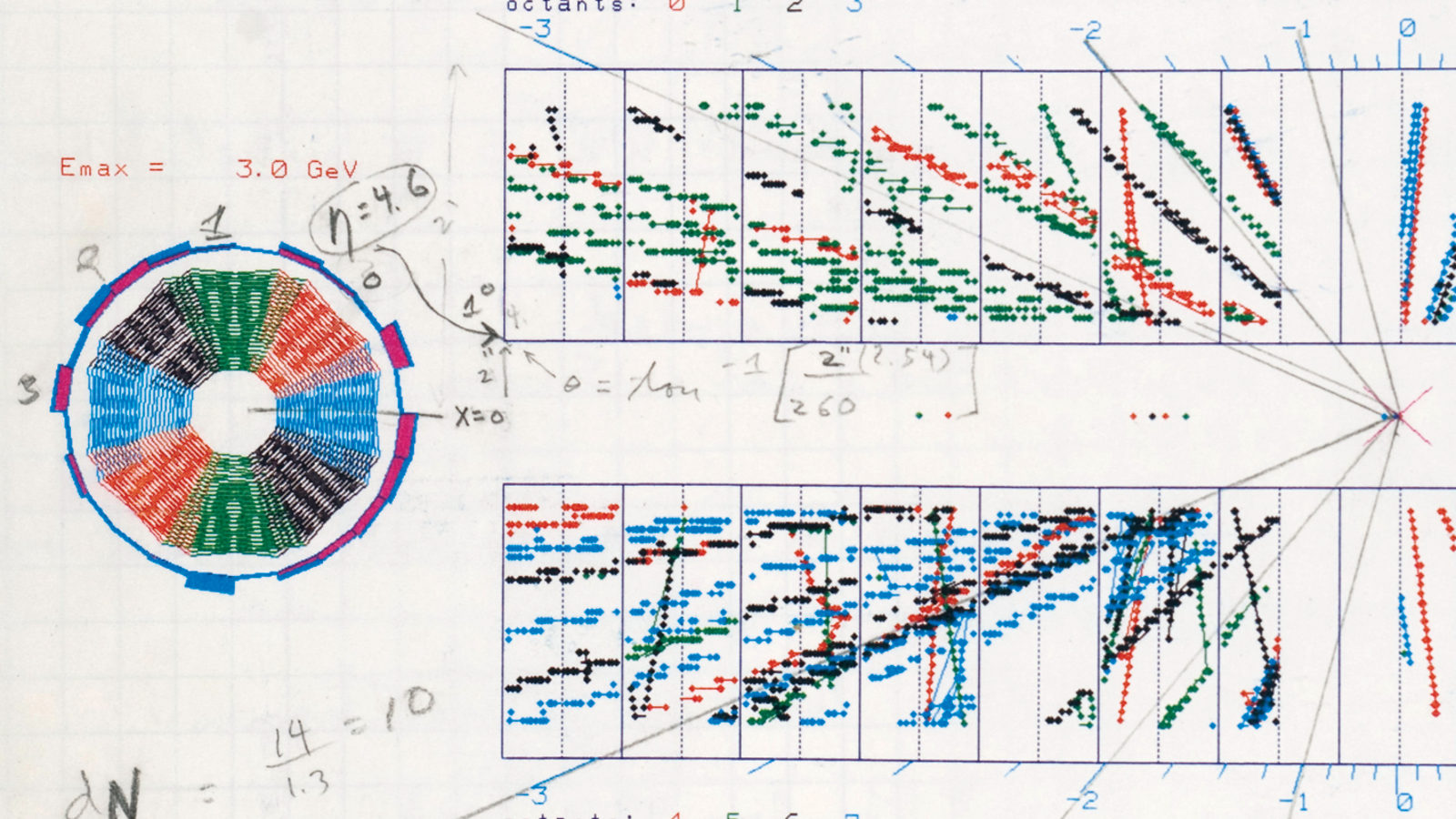 At 3:10 a.m. on October 13, 1985, scientists with the Collider Detector at Fermilab experiment informed the main control room that they had observed the Tevatron colliders first antiproton proton collision.

The collisions center-of-mass energy of 1.6 trillion electronvolts, or TeV, was three times higher than the previous world record set by the Super Proton Synchrotron collider at the European lab CERN.

The collision had actually taken place about 2:30 a.m., but it took nearly 40 minutes of painstaking work to confirm it. A message over the computer channel that reported the beams status read: 3:10 CDF reports a confirmed pp event. Look for free bubbly at B0, CDFs location along the Tevatron ring. Physicists streamed into the laboratory before dawn to celebrate this hard-won success, which came the day before the collider was scheduled to shut down for 1 1/2 years, allowing construction of a detector hall for CDFs sister experiment, DZero.

A ground fault two days earlier had ended the accumulation of antiprotons. The 10 billion antiprotons circulating in the Accumulator were just enough to provide 11 shots, or batches of antiprotons, for transfer to the collider. The ninth shot produced the world-record collision. The next shot failed but the 11th made it through the Main Ring—the original Fermilab accelerator—and through the Tevatron. The ensuing collision allowed CDF to observe more events and helped confirm the first protonantiproton collision.

Nothing about creating these collisions had been easy. It took sleepless nights and ingenuity to get the most from the low-intensity antiproton beam. The techniques to transfer the antiprotons through the accelerator chain were invented on the fly.

Over the next 20 years, a steady stream of improvements to the accelerator complex and the collider detectors, some big and some small, kept the Tevatron at the leading edge of particle physics. Researchers with the CDF and DZero collaborations continue to exploit the growing Tevatron luminosity, which is now 400 times the 1985 design goal, and have produced a magnificent collection of scientific results. 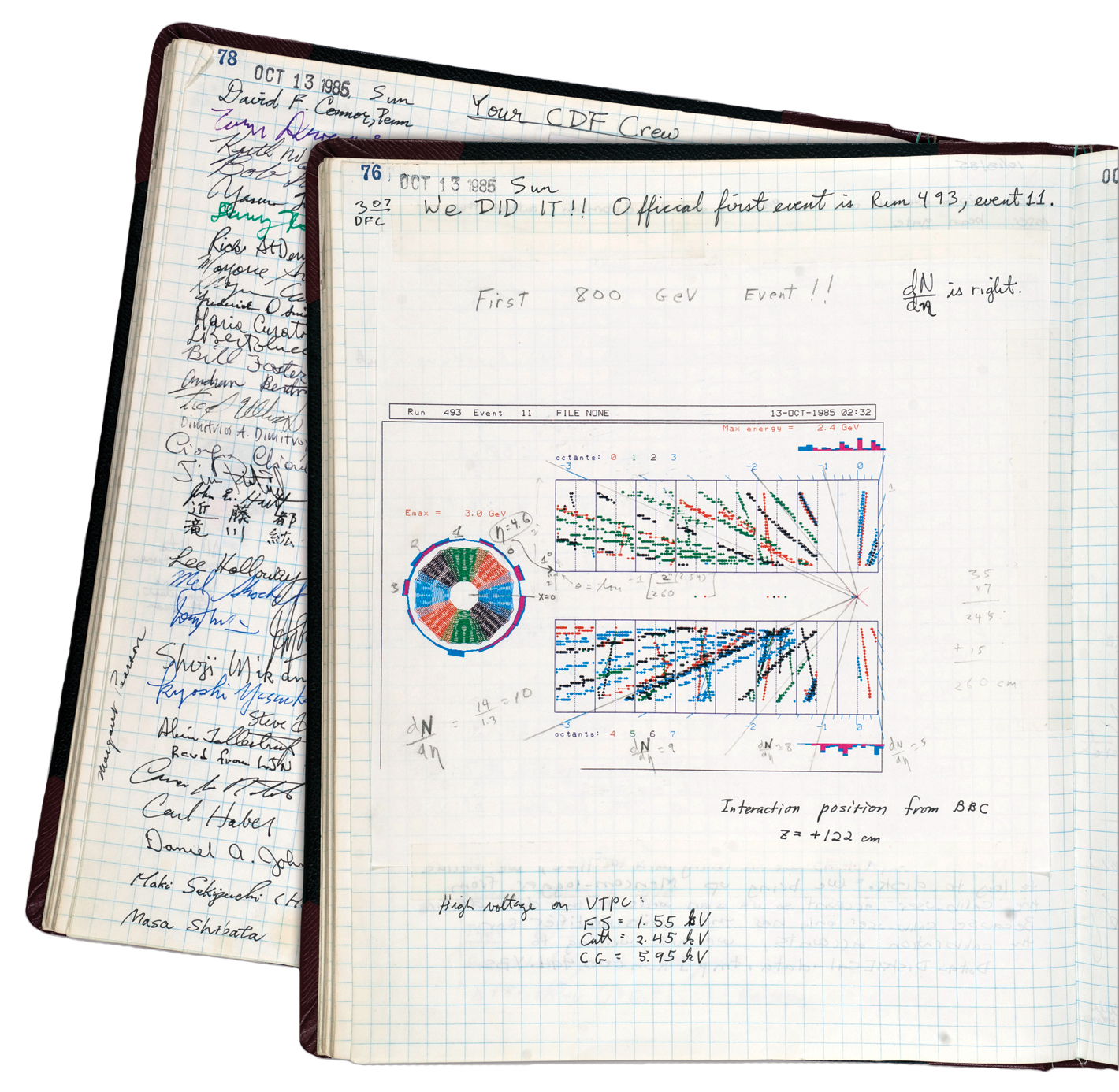 Photo by Sandbox Studio, Chicago
Follow
Use your browser’s print dialog box to create a pdf.
Popular on symmetry