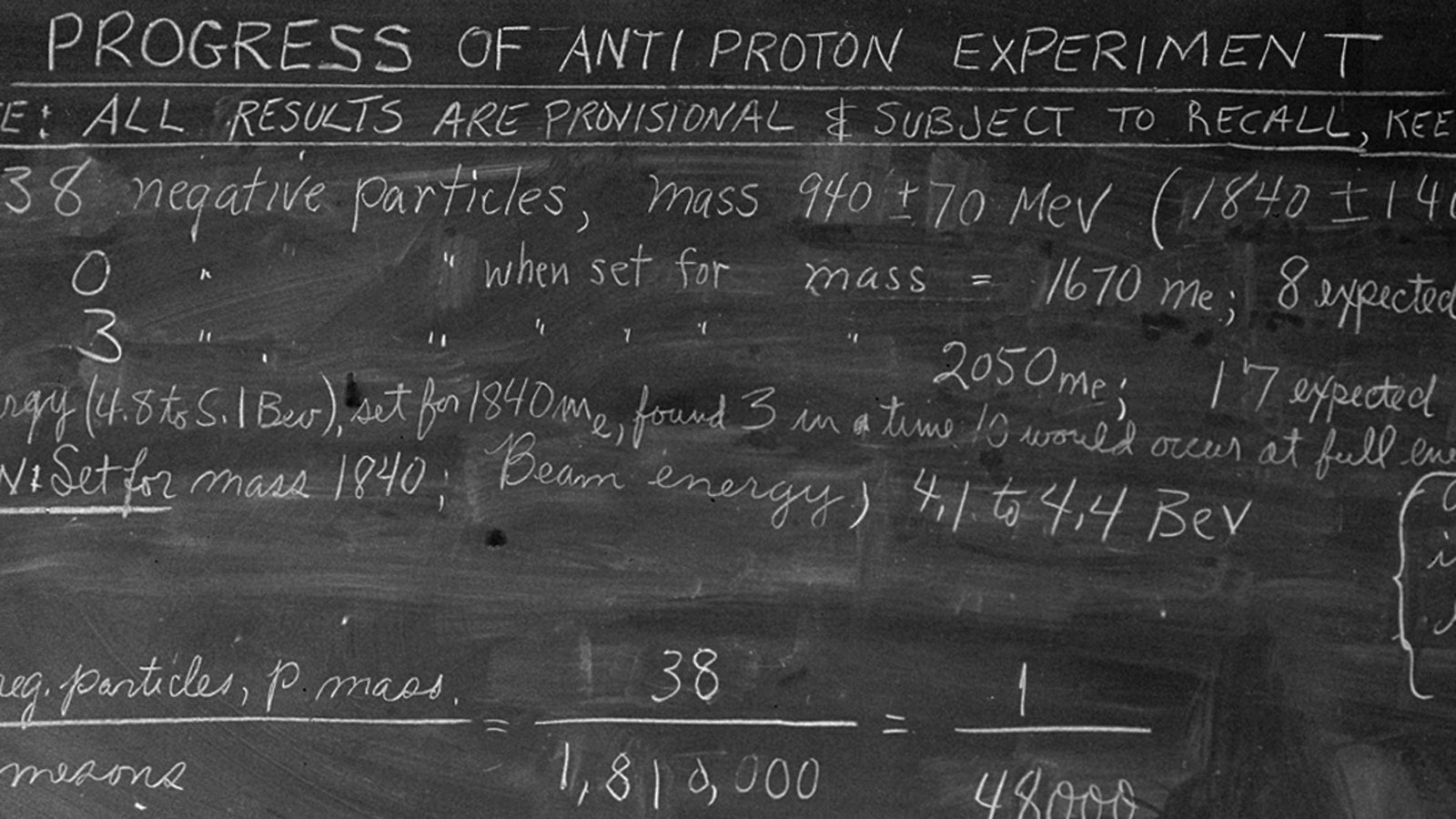 When the Bevatron switched on at Lawrence Berkeley National Laboratory in the fall of 1954, it was the largest particle accelerator ever built, capable of producing energies upwards of six billion electronvolts.

The Bevatron’s energy range wasn’t chosen arbitrarily, but was specifically picked to provide the right conditions for creating antiprotons, then-theoretical particles as massive as protons but with negative electric charge.

When the Bevatron’s first antimatter experiments started that summer, there was a mood of anticipation: Anxious experimenters jockeyed for time on the machine, principal investigators exchanged bets on whether or not antiprotons would be produced, and others just looked on hopefully.

One Bevatron research team made it to the front of the fray. Led by Emilio Segrè, the group’s work was divided between two experiments. Researchers Owen Chamberlain and Clyde Wiegand would try to identify antiprotons by determining the masses and charges of particles produced by slamming protons into a fixed target. A second group, led by Gerson Goldhaber at Berkeley and Edoardo Amaldi in Italy, would record the collisions on photographic emulsions and look for the star-shaped energy bursts expected from proton–antiproton annihilation.

Anticipating Twitter by five decades, Wiegand placed a blackboard near the Bevatron’s entrance and posted daily updates on the group’s progress.

This snapshot shows that as of October 6, 1955 at 4:30 p.m., the group had detected 38 negatively charged particles with the same mass as protons. The ratio at the bottom of the board shows what the researchers were up against: these 38 sought-after antiproton signals had been sifted from a pool of nearly two million particle events.

Wiegand, an avid baseball fan, also took the opportunity to publicize the standings of the 55 World Series between the New York Yankees and the Brooklyn Dodgers. The score in the upper-right-hand corner may reflect his loyalties: Bums 4, Yanks 3.

The researchers spent two weeks making sure their findings were sound and defensible. Then, at an October 19 press conference, they announced that they had found the antiproton. The discovery earned Nobel Prizes for Chamberlain and Segrè in 1959.

The Bevatron kept producing physics for nearly 40 years, until the beam shut off in 1993. Demolition of the structure began in July and will take until 2011 to complete. 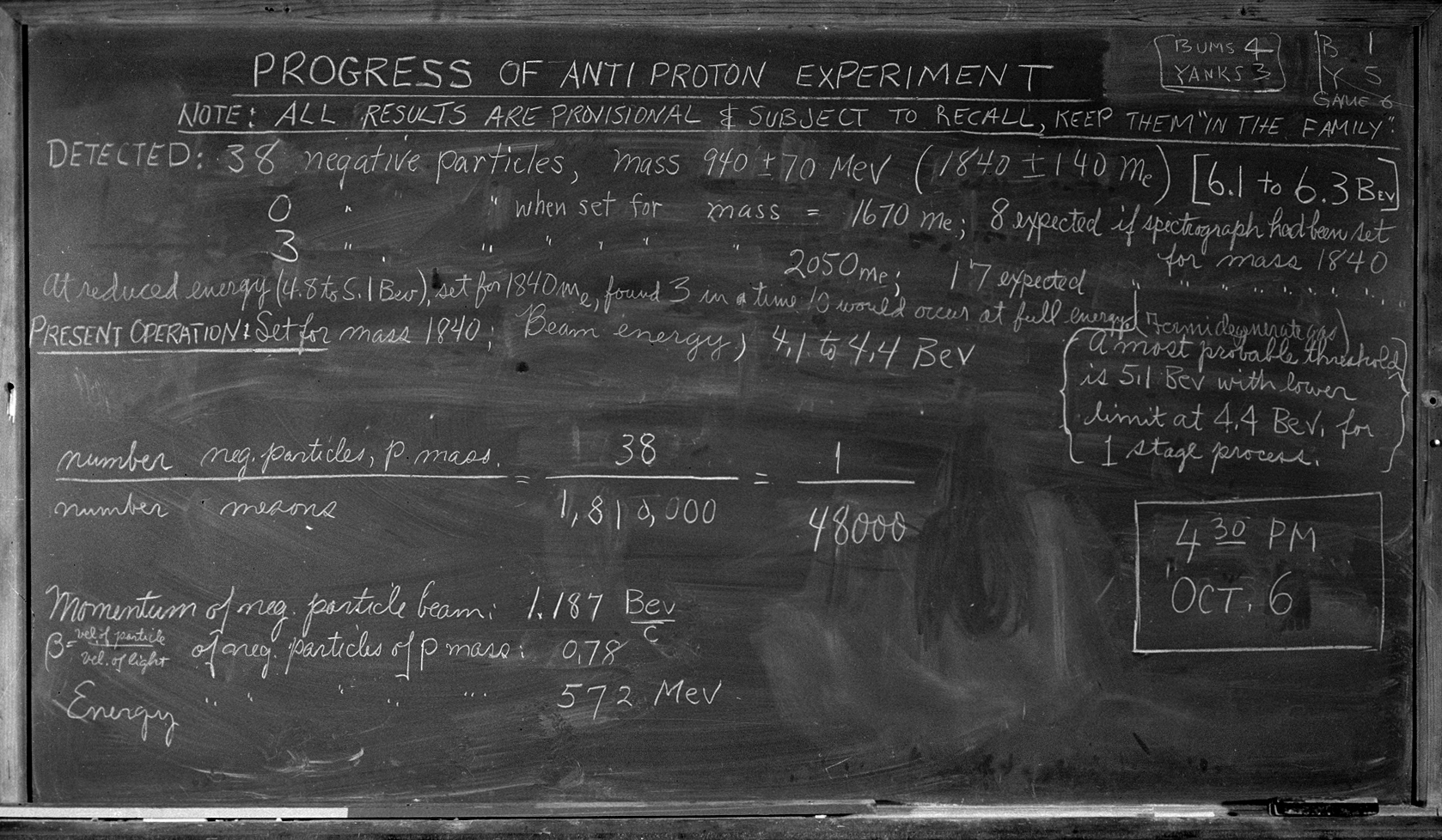