This memo by John Yoh, written on November 17, 1976, certainly caught the attention of the Columbia-Fermilab-Stony Brook collaboration (Fermilab experiment E288). Based on a few events that he found with his “bicycle online” analysis program, John was proposing a new particle (or resonance) at a mass of about 9.5 GeV.

The collaboration had seen statistical fluctuations before. We had even published one (at a mass of 6 GeV) earlier that year, naming it “Upsilon” (Υ) in a footnote to our Physical Review Letter—only to see it fade away as more data came in. We were thus predisposed to skepticism about yet another bump in the mass distribution (see John's graph on the bottom right). John was too, choosing a cautious title for his memo. His comment at the end of the memo (“significance...reminiscent of the Υ”) didn't do much to convince us that this new bump was real. Yet John went so far as to label a bottle of champagne “Υ9.5” and put it in our group’s refrigerator—so he was sticking his neck out!

When we reconfigured the experiment to study muon pairs and were able to take data in May 1977 at about 1000 times the original rate, lo and behold, the Upsilon 9.5 was real. As it turned out, it was the discovery of a new quark: the bottom quark. The 9.5 GeV resonance actually comprised three closely-spaced excitations of “bottomonium,” now known as Υ, Υ’, and Υ”. 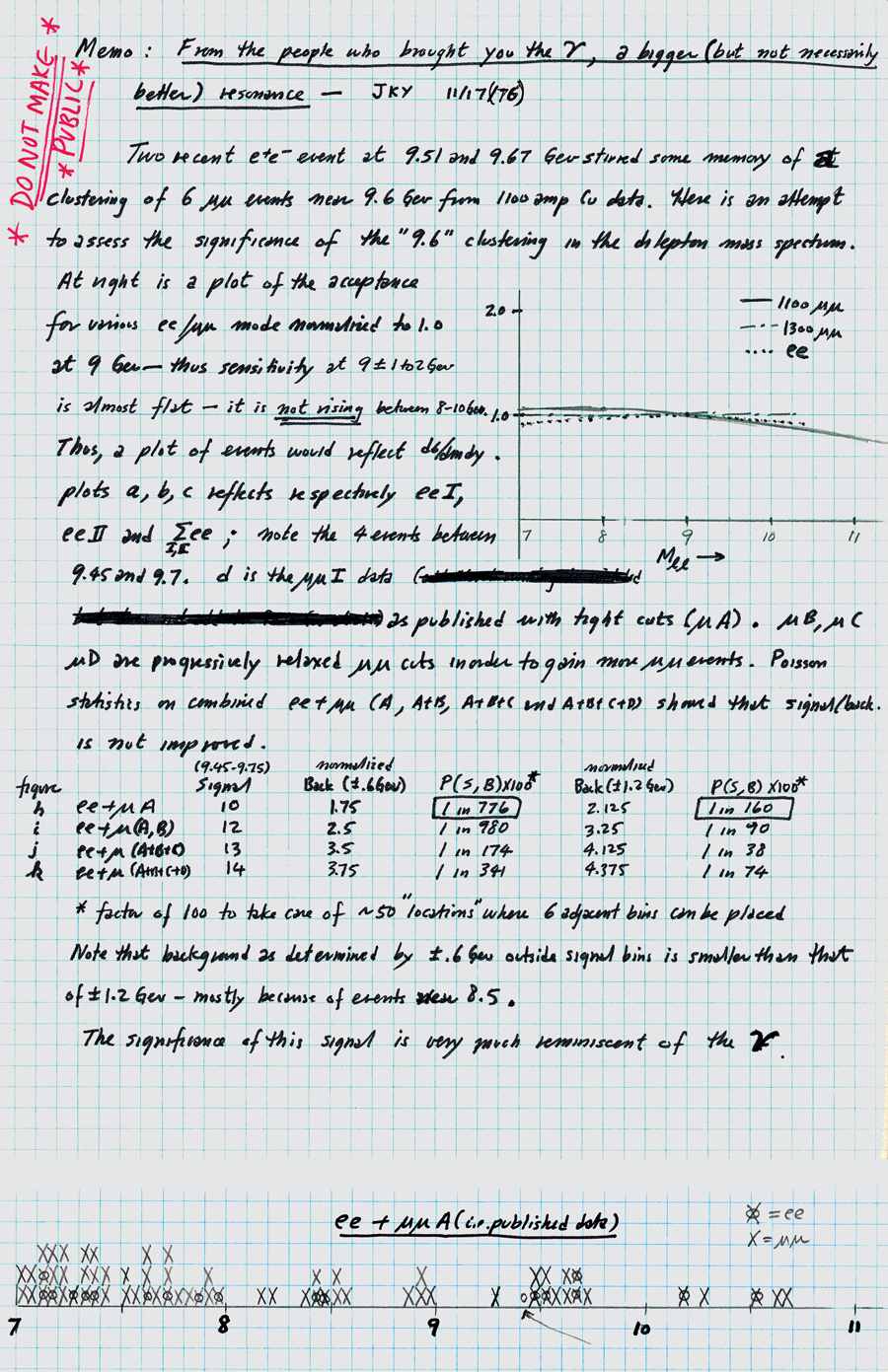 John Yoh
Follow
Use your browser’s print dialog box to create a pdf.
Popular on symmetry