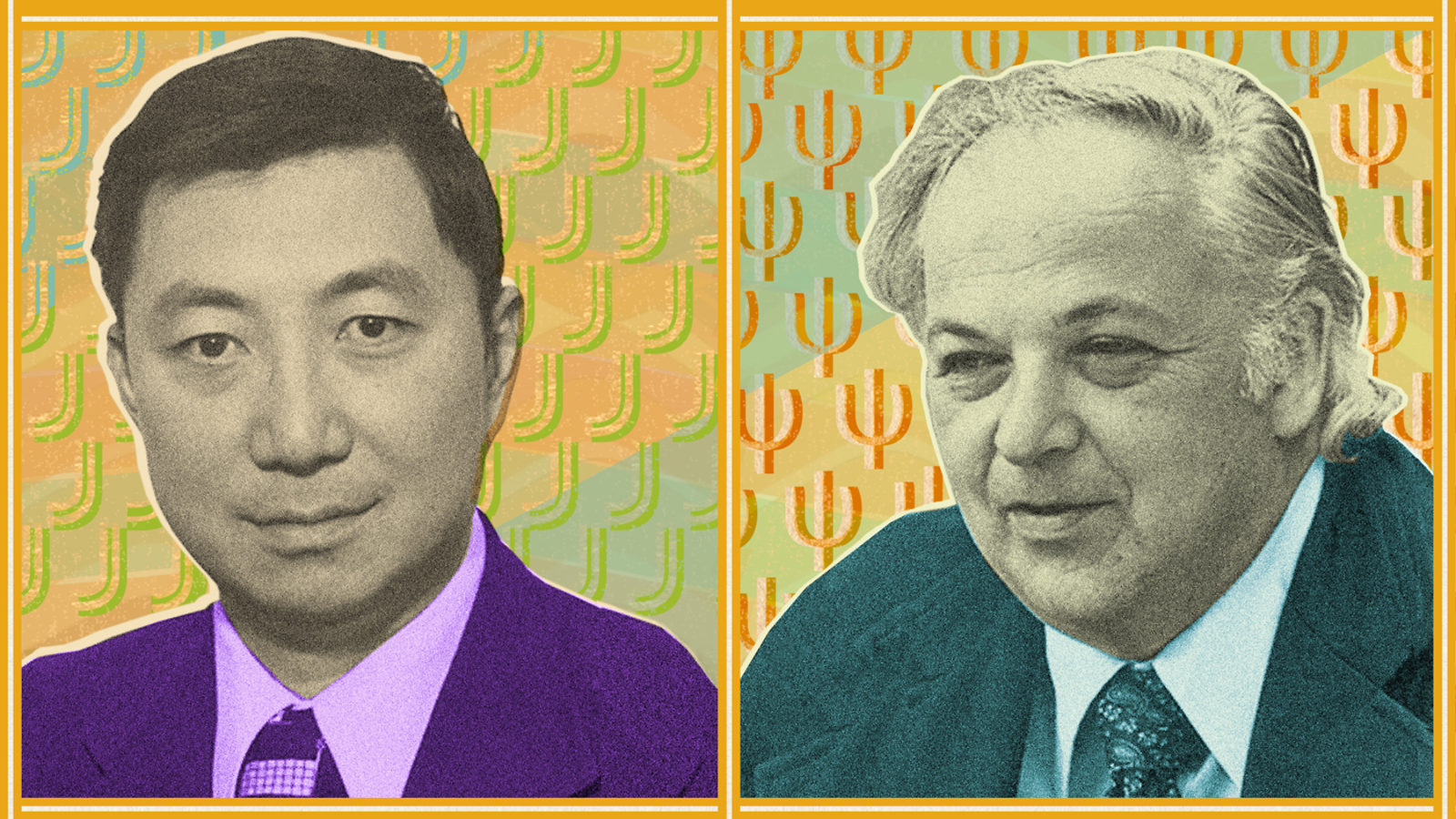 Forty years ago, two different research groups announced the discovery of the same new particle and redefined how physicists view the universe.

On November 11, 1974, members of the Cornell high-energy physics group could have spent the lulls during their lunch meeting chatting about the aftermath of Nixon’s resignation or the upcoming Big Red hockey season.

But on that particular Monday, the most sensational topic was physics-related. One of the researchers in the audience stood up to report that two labs on opposite sides of the country were about to announce the same thing: the discovery of a new particle that helped bring about the acceptance of the Standard Model of particle physics.

“Nobody at the meeting knew what the hell it was,” says physicist Kenneth Lane of Boston University, a former postdoctoral researcher at Cornell. Lane, among others, would spend the next few years describing the theory and consequences of this new particle.

It isn’t often that a discovery comes along that forces everyone to reevaluate the way the world works. It’s even rarer for two groups to make such a discovery at the same time, using different methods.

One announcement would come from a research group led by MIT physicist Sam Ting at Brookhaven National Laboratory in New York. The other was to come from a team headed by physicists Burton Richter and Martin Perl at SLAC National Accelerator Laboratory, then called the Stanford Linear Accelerator Center, and William Chinowsky, Gerson Goldhaber and George Trilling of Lawrence Berkeley National Laboratory. Word traveled fast.

“We started getting all sorts of inquiries and congratulations before we even finished writing the paper,” Richter says. “Somebody told a friend, and then a friend told another friend.”

Ting called the new particle the J particle. Richter called it psi. It became known as J/psi, the discovery that sparked the November Revolution.

Independently, the researchers at Brookhaven and SLAC had designed two complementary experiments.

Ting and his team had made the discovery using a proton machine, shooting an intense beam of particles at a fixed target. Ting was interested in how photons, particles of light, turn into heavy photons, particles with mass, and he wanted to know how many of these types of heavy photons existed in nature. So his team—consisting of 13 scientists from MIT with help from researchers at Brookhaven—designed and built a detector that would accept a wide range of heavy photon masses.

“The experiment was quite difficult,” Ting says. “I guess when you’re younger, you’re more courageous.”

In early summer 1974, they started the experiment at a high mass, around 4 to 5 billion electronvolts. They saw nothing. Later, they lowered the mass and soon saw a peak near 3 billion electronvolts that indicated a high production rate of a previously unknown particle.

At SLAC, Richter's group had designed and built a new type of collider, the Stanford Positron Electron Asymmetric Rings (SPEAR), along with a novel detector. His research group used a beam of electrons produced by a linear accelerator and stored the particles in a ring of magnets. Then, they would generate positrons in a linear accelerator and inject them in the other direction. The detector was able to look at everything produced in electron-positron collisions.

The goal was to study scattering and annihilations to known elementary particles, but the researchers saw strange effects in the summer of 1974. They looked at that particular region in more detail, and, in a single day, November 10, discovered a tall, thin energy peak at 3.09 billion electronvolts.

At the time, Ting visited SLAC as part of an advisory committee. The laboratory’s director, Pief Panofsky, asked Richter to meet with him.

“He called and said, ‘It sounds like you guys have found the same thing,’” Richter says.

Both researchers sent their findings to the journal Physical Review Letters. Their papers were published in the same issue. Other labs quickly replicated and confirmed the results.

At the time, the basic pieces of today’s Standard Model of particle physics were still falling into place. Just a decade before, it had resembled the periodic table of the elements, including a wide, unruly collection of different types of particles called hadrons.

Theorists Murray Gell-Mann and George Zweig were the first to propose that all of those different types of hadrons were actually made up of the same building blocks, called quarks. This model included three types of quark: up, down and strange. Other theorists—Sheldon Lee Glashow, James Bjorken, and then also John Iliopoulos and Luciano Maiani—proposed the existence of a fourth quark.

On the day of the J/psi announcement, the Cornell researchers talked about the findings well into the afternoon. One of the professors in the department, Ken Wilson, made a connection between the discovery and a seminar given earlier that fall by Tom Appelquist, a physicist at Harvard University. Appelquist had been working with his colleague David Politzer to describe new particles they called “charmonium,” bound states of a new type of quark and its antiquark.

“Only a few of us were thinking about the idea of a fourth quark,” says Appelquist, now a professor at Yale. “Ken called me right after the discovery and urged me to get our paper out ASAP.”

The J/psi news inspired many other theorists to pick up their chalk as well.

“It was clear from day one that J/psi was a major discovery,” Appelquist says. “It almost completely reoriented the theoretical community. Everyone wanted to think about it.”

Less than two weeks after the initial discovery, Richter’s group conducted a more detailed study of the J/psi and also found psi-prime, a relative of J/psi that showed even more cracks in the three-quark model.

“There was a whole collection of possibilities of what could exist outside the current model, and people were speculating about what that may be,” Richter says. “Our experiment pruned the weeds.”

The findings of the J/psi teams triggered additional searches for unknown elementary particles, exploration that would reveal the final shape of the Standard Model. In 1976, Ting and Richter were awarded the Nobel Prize for the achievement.

Today, theorists and experimentalists are still driven to answer questions not explained by the current prevailing model. Does supersymmetry exist? What are dark matter and dark energy? What particles have we yet to discover?

“If the answers are found, it will take us even deeper into what we are supposed to be doing as high-energy physicists,” Lane says. “But it probably isn’t going to be this lightning flash that happens on one Monday afternoon.” 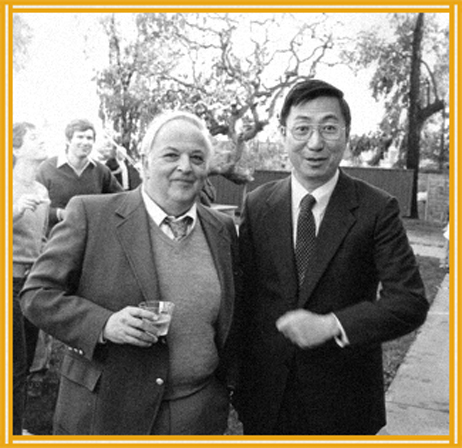 SLAC National Accelerator Laboratory
Like what you see? Sign up for a free subscription to symmetry!
Follow
Use your browser’s print dialog box to create a pdf.
Popular on symmetry

China’s Beijing Electron-Positron Collider seems to be hosting a reunion; members of a poorly understood family of particles keep popping up in their data, which may help clarify the properti