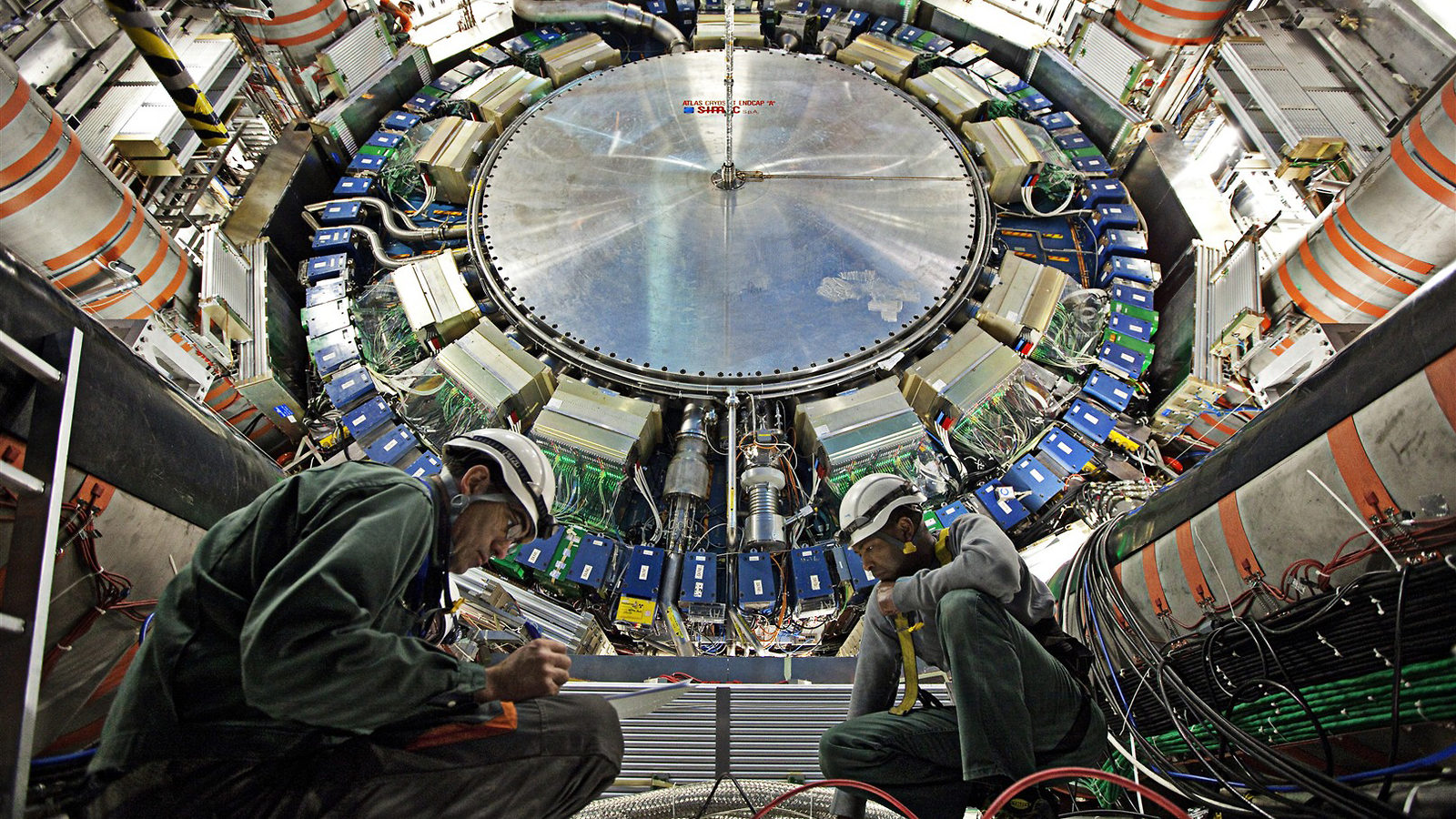 Just days after the CMS experiment at the Large Hadron Collider released a large batch of data to the public, the ATLAS experiment has launched its own citizen science initiative, making this one of the best weeks ever to be a fan of the LHC.

The new Higgs Hunters project enlists the help of online volunteers in searching for new information about the Higgs boson.

“Having found the Higgs boson particle, now we want to know how it works,” says Alan Barr, a professor of particle physics at the University of Oxford and lead scientist for the Higgs Hunters project. “We’d like you to look at these pictures of collisions and tell us what you see.”

The Higgs Hunters project provides data from the ATLAS experiment to the public in the form of collision event displays, pictures sometimes reminiscent of fireworks that show how particles moved through the detector after a collision.

Some of these displays show particle tracks that seem to appear out of thin air, starting outside the center of a collision—the sign that an invisible, neutral particle escaped from the collision and decayed.

ATLAS scientists trying to figure out if the Higgs boson can decay to these neutral particles. But they have to identify and compare many of these “thin air” events before they can do that. Computer algorithms struggle with this task, but people are excellent at pattern recognition. That’s why the scientists turned to citizen science.

“We’re excited that we found a way to present data to the public in a way that they can easily experience it,” says Andy Haas, an assistant professor of physics at New York University and one of the Higgs Hunters collaborators. “And at the same time, they will help us perform real science.”

The project is a collaboration between New York University, Oxford University, ATLAS and the online citizen science forum Zooniverse.

Higgs Hunters
Like what you see? Sign up for a free subscription to symmetry!
Follow
Use your browser’s print dialog box to create a pdf.
Latest news articles
Berkeley Lab