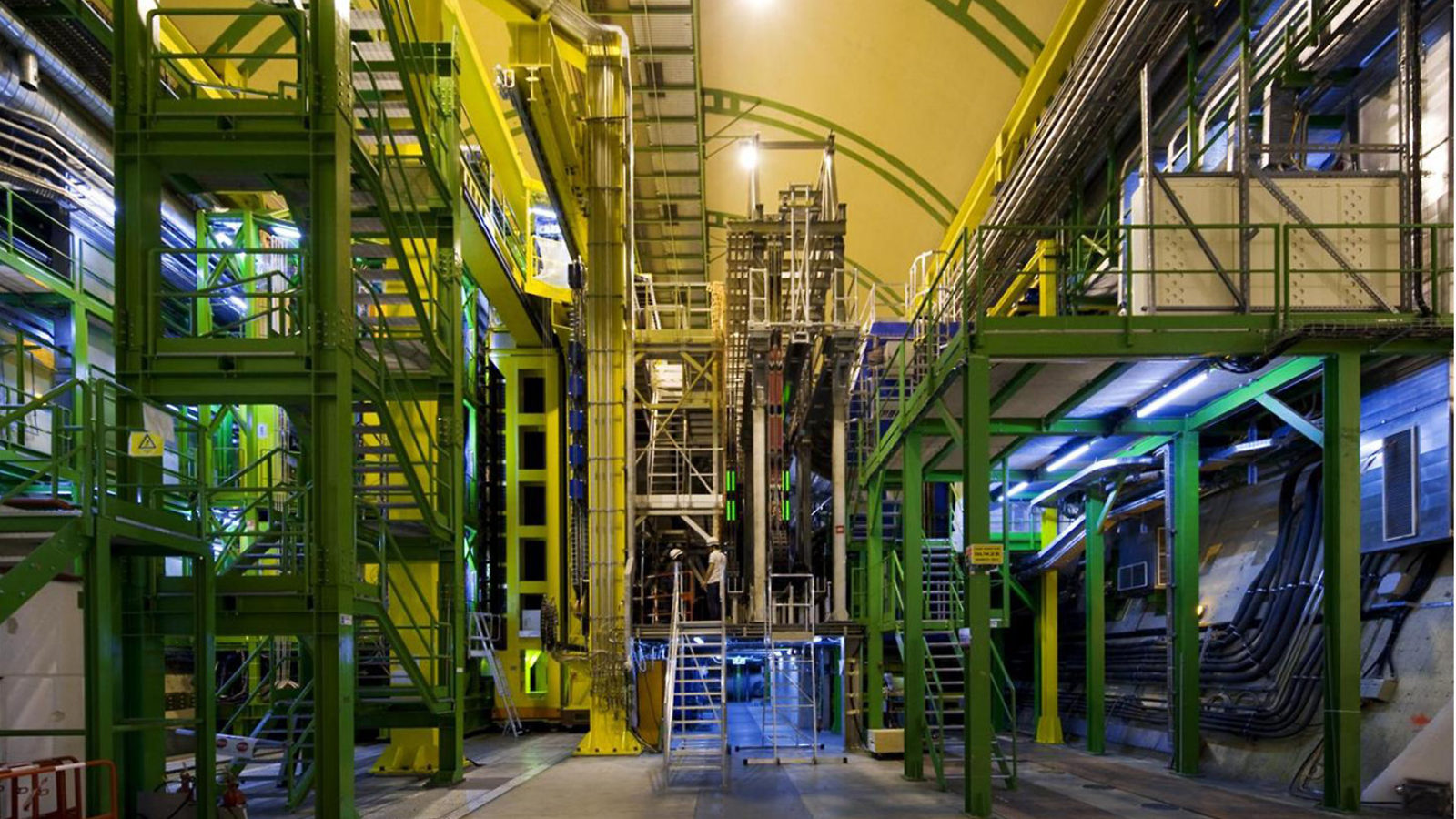 The particles, known as the Xi_b'- and Xi_b*-, were predicted to exist by the quark model but had never been observed. The LHCb collaboration submitted a paper reporting the finding to the journal Physical Review Letters.

Similar to the protons that the LHC accelerates and collides, these two new particles are baryons and made from three quarks bound together by the strong force.

But unlike protons—which are made of two up quarks and one down quark—the new Xi_b particles both contain one beauty quark, one strange quark and one down quark. Because the b quarks are so heavy, these particles are more than six times as massive as the proton.

“We had good reason to believe that we would be able to see at least one of these two predicted particles,” says Steven Blusk, an LHCb researcher and associate professor of physics at Syracuse University. “We were lucky enough to see two. It’s always very exciting to discover something new and unexpected.”

Even though these two new particles contain the same combination of quarks, they have a different configuration of spin—which is a quantum mechanical property that describes a particle’s angular momentum. This difference in spin makes Xi_b*- a little heavier than Xi_b'-.

“Nature was kind and gave us two particles for the price of one," says Matthew Charles of the CNRS's LPNHE laboratory at Paris VI University. "The Xi_b'- is very close in mass to the sum of its decay products’ masses. If it had been just a little lighter, we wouldn't have seen it at all.”

In addition to the masses of these particles, the research team studied their relative production rates, their widths—which is a measurement of how unstable they are—and other details of their decays. The results match up with predictions based on the theory of Quantum Chromodynamics (QCD).

“QCD is a powerful framework that describes the interactions of quarks, but it is difficult to compute properties of particles with high precision,” Blusk says. “If we do see something new, we need to be able to say that is not the result of uncertainties in QCD, but that it is in fact something new and unexpected. That is why we need precision data and precision measurements like these—to refine our models.”

The LHCb detector is one of the four main Large Hadron Collider experiments. It is specially designed to search for new forces of nature by studying the decays of particles containing beauty and charm quarks.

“As you go up in mass, it becomes harder to discover new particles,” Blusk says. “These new measurements really exploit the strengths of the LHCb detector, which has the unique ability to clearly identify hadrons.”

The measurements were made with the data taken at the LHC during 2011-2012. The LHC is currently being prepared—after its first long shutdown—to operate at higher energies and with more intense beams. It is scheduled to restart by spring 2015.

“Whenever you look for something, there is always the possibility that you will instead uncover something completely unexpected,” Blusk says. “Doing these generic searches opens the door for discovering new particles. We are just starting to explore b-baryon sector, and more data from the next run of the LHC will allow us to discover more particles not see before.”