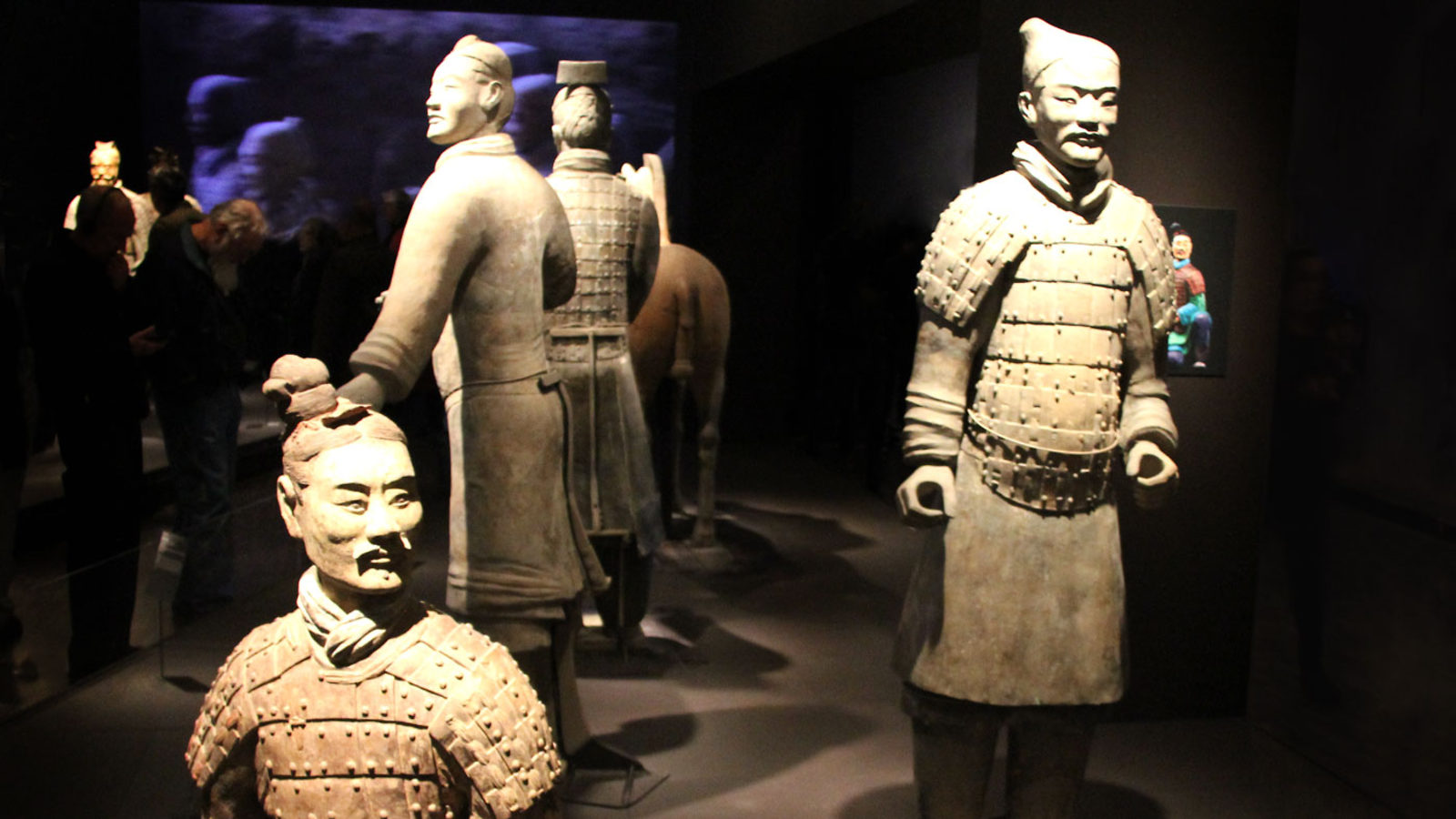 True purple is one of the rarest colors in nature. Before the advent of artificial coloring, a tiny sea snail called the spiny dye-murex furnished the purple dye for royal robes of Rome.

But thousands of years ago in China, artisans developed a purple pigment—one of the first man-made pigments known. Archaeologists first discovered it on artifacts from the Han Dynasty (206 BC to 220 AD), which led them to call it Han Purple. But that’s a misnomer, as the pigment has been found on glass beads and other decorations from as long ago as China’s Western Zhou period, from 1046 to 771 BC.

The pigment’s best-known use was in paint found on some of the Terracotta Warriors, an 8000-strong army of ceramic soldiers created to guard the tomb of Qin Shi Huang, the first emperor of China, in the village of Xi’an.

Physicist Zhi Liu first saw the pigment in Xi’an, in the Museum of Qin Terracotta Warriors and Horses, while on vacation visiting relatives in China. “I saw a painted warrior in the lobby of the museum,” Liu says. “That got me interested.” 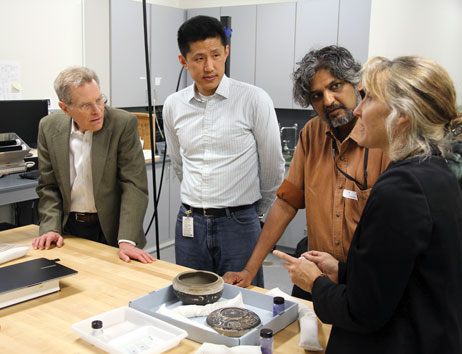 At the time—in 2005—Liu was a postdoc at SLAC National Accelerator Laboratory, working at their synchrotron facility, the Stanford Synchrotron Radiation Lightsource. He used X-rays from a particle accelerator to analyze the chemical compositions and crystal structures of materials. Liu offered to analyze paint chips from the warriors at SSRL.

Synchrotron science can enable researchers to peer into the past and gain insight into how ancient materials were produced.

Both Han Purple and a similar pigment, Han Blue, share similarities with Egyptian Blue, another ancient synthetic pigment. The team at SSRL used X-rays to study samples of Han Purple to see whether the pigment pointed to an Egyptian influence in China.

Based on crystal structure and a detailed chemical map created using X-ray diffraction and X-ray fluorescence techniques, the researchers discovered that Chinese pigment-makers used lead to lower the melting point of the barium in Han Purple, a step not taken in the production of Egyptian Blue.

The discovery pointed to an even more fascinating theory: Glass makers in ancient China may have stumbled on Han Purple while trying to develop a jade-like glass, a process that also involved lead.