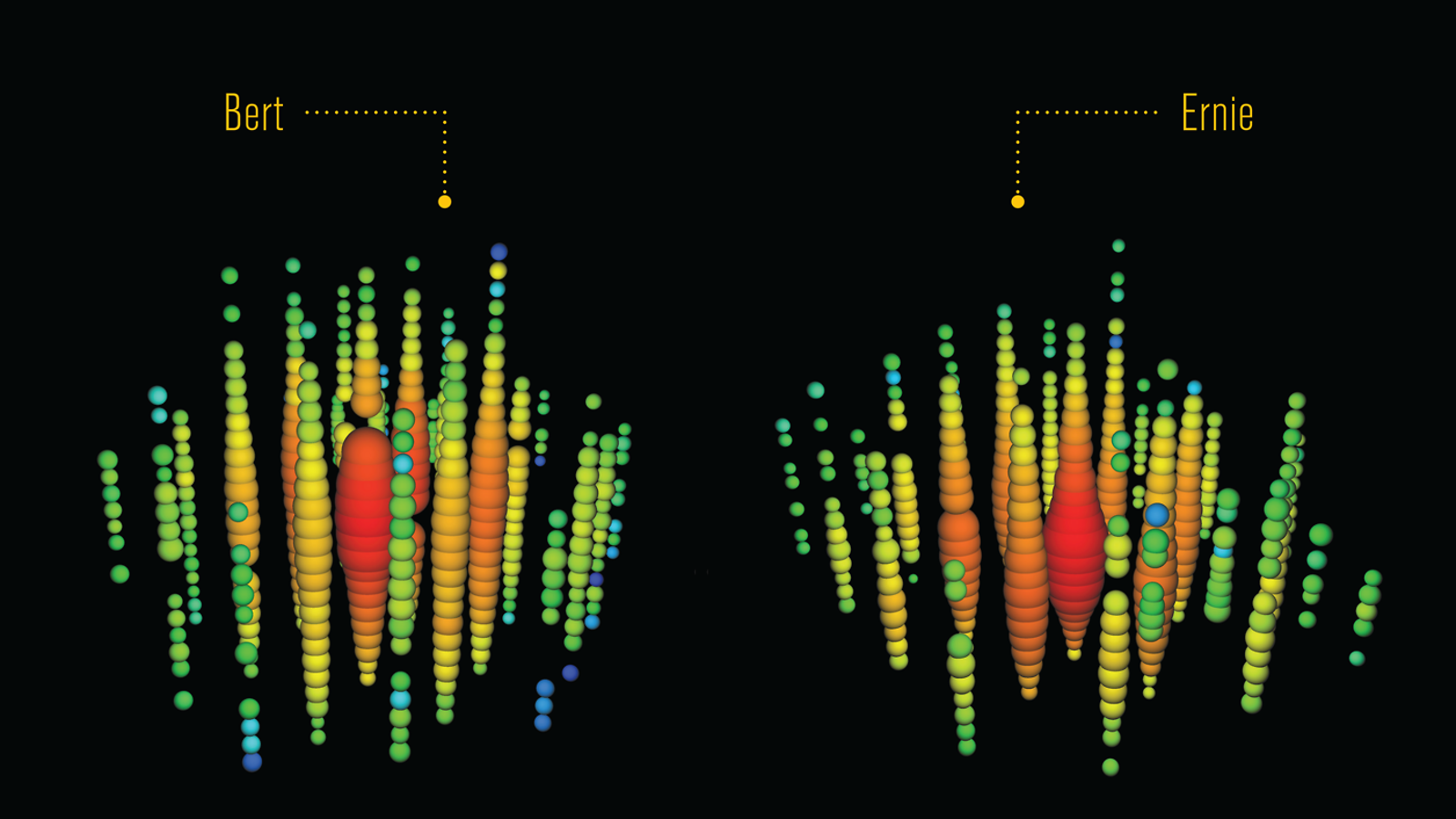 Physicists on the IceCube experiment were in for a jolt. In processing data taken by their strings of more than 5000 light-sensitive detectors suspended under Antarctic ice, they discovered two particles called neutrinos with 1000 times more energy than the ones that regularly zip through IceCube’s detectors. They are the highest-energy neutrinos ever observed.

Nearly all of the neutrinos that IceCube sees are produced in Earth’s atmosphere. These atmospheric neutrinos tend to have energies somewhere between 1 and 10—and occasionally as high as 100—trillion electronvolts. The two unusual neutrinos appear to have come from far out in space and carried an impressive 1000 trillion electronvolts of energy. Each one lit up hundreds of IceCube’s detectors.

“These two neutrinos were discovered in an analysis that was optimized to see something else entirely—so they were quite the surprise,” says Kurt Woschnagg, an IceCube collaborator from the University of California, Berkeley.

Since these were the most exciting particles IceCube had ever observed, collaborators spent much time talking and writing about them.

“These events were originally named with long strings of numbers,” says graduate student Jakob van Santen. “But that was confusing—people would accidentally mix them up by transposing numbers.”

So van Santen named them Bert and Ernie, after the Sesame Street characters that their event displays somewhat resembled. He named Bert because it came from a more horizontal direction, whereas Ernie was more vertical and slightly larger, sort of like the heads of each Muppet.

“Unfortunately my memory of Sesame Street was a bit too dim, as was pointed out to me some time later: Bert is the one with the elongated head, and Ernie is the wide one,” van Santen says. “By that time it was too late; the names had stuck.”

Through careful analysis of Bert and Ernie, the collaboration confirmed that they had seen extremely high-energy neutrinos produced not in the Earth’s atmosphere, but somewhere beyond. Because neutrinos interact rarely with matter, these neutrinos may serve as messengers, carrying clear information about the most powerful cosmic events, including gamma-ray bursts, black holes and the formation of stars.

The collaboration is now refining and expanding their analysis to learn more about these two zingers while also hunting for additional high-energy extraterrestrial neutrinos. Where there’s a Bert and an Ernie, there may also be a Mr. Snuffleupagus and an Oscar the Grouch.