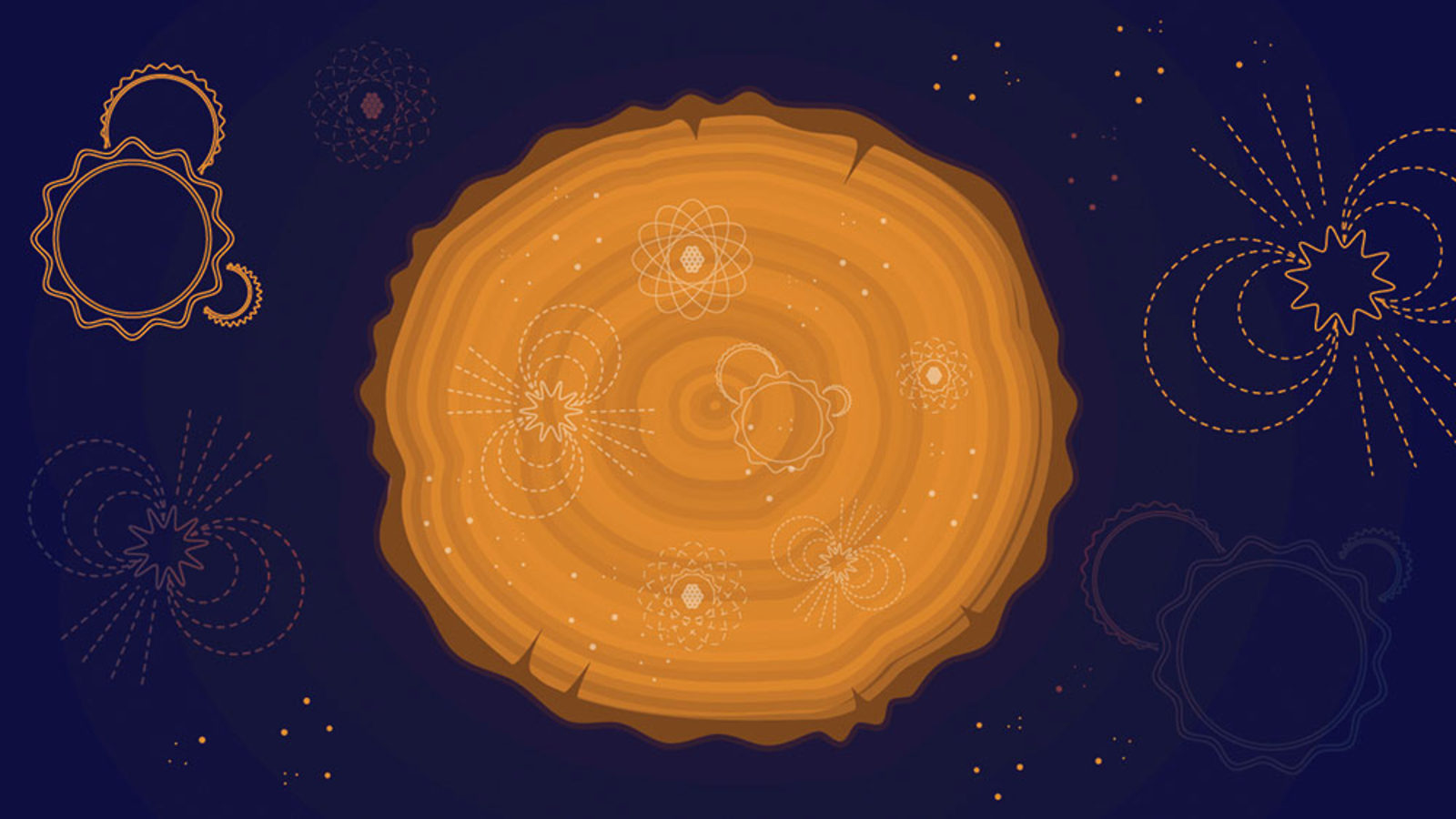 Since the invention of the telescope in the year 1608, mankind has collected information about our local cosmos. As it turns out, we’re not the only ones. Trees have been doing the same for millennia.

A group of physicists led by Nagoya University graduate student Fusa Miyake has begun using information stored in ancient Japanese cedars to gain the oldest firsthand accounts of the local universe. They have discovered, hidden within tree rings, clear evidence of some surprisingly high-energy events—possibly supernovae or solar flares—that occurred more than 1200 years ago.

On Japan’s Yakushima island, trees regularly live at least a thousand years, thriving under the tree equivalent of a low-carb diet in the form of a low-nutrition granite bedrock that encourages a slower pace of growth. Miyake and her team examined core samples from two trees on this small island. Back at Nagoya University, they studied the number and thickness of the tree’s rings not just to determine the age of the trees but also to gather information about the atmosphere they breathed.

When high-energy radiation from space enters Earth’s upper atmosphere, it interacts with naturally occurring atmospheric molecules to produce the isotope carbon-14. As trees are firmly plugged into the earth’s carbon cycle by photosynthesis, the carbon-14 ends up in each tree ring, creating an annual record etched into the flesh of the tree of the average carbon-14 level in Earth’s atmosphere.

Miyake and her colleagues had good reason to focus on the rings corresponding to 775 AD. A previous project called IntCal, which uses tree records of carbon-14 levels to calibrate carbon-14 dating, had seen a noticeable rise in carbon-14 levels toward the end of the 8th century.

The signal Miyake’s team found was far above anything seen in recent times, indicating that Earth had been bombarded by an extremely intense burst of radiation. The rings revealed that, over the course of one year, the atmospheric level of carbon-14 rose 1.2 percent: nearly 20 times the normal variation.

This massive flash of radiation could have been caused by a supernova; a gamma ray burst from a supremely rare galactic event such as a collision of two neutron stars; or a super solar flare at least 10 times the size of the largest observed flare.

Using their knowledge of earth sciences, biology and astronomy, Miyake’s team uncovered a smoking gun in a cosmological whodunit. Now all that remains is to identify who fired that gun.