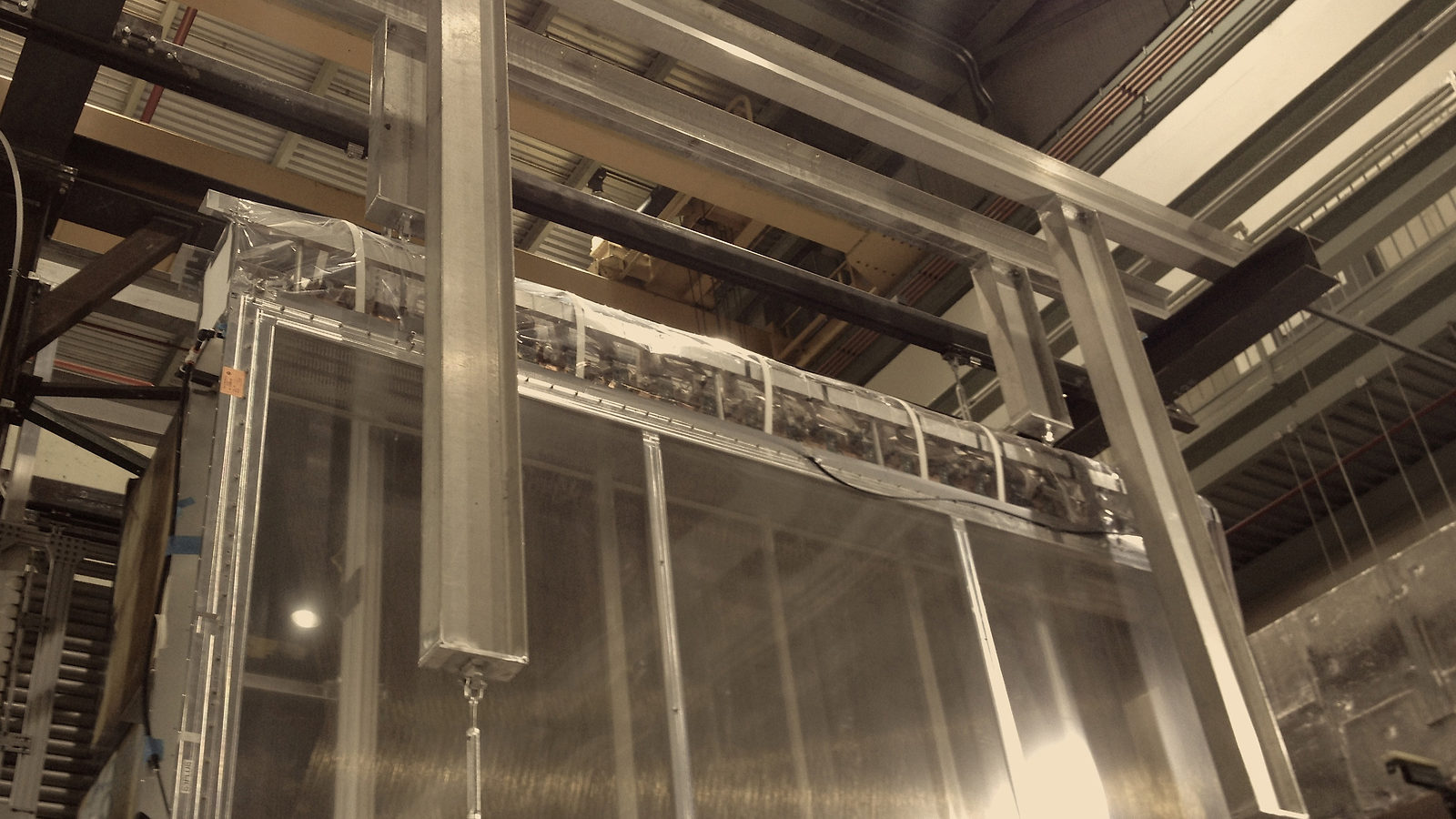 Scientists interested in protons and the sea of particles that compose them are in good spirits this week. Researchers from 15 different institutions that participate in the SeaQuest experiment are watching beam flow into their experiment and data flow out.

The SeaQuest experiment, based at Fermilab and managed by a group of scientists from Argonne laboratory, studies the structure of protons and the behavior of the particles of which they're made.

Protons contain a constantly simmering sea of particles bound together by the aptly named strong force, which is the strongest of the four fundamental interactions of nature—above the weak force, electromagnetism and gravity.

In the experiment, a particle accelerator sends a beam of protons at very high speeds into a target made of either liquid hydrogen or deuterium or solid carbon, iron or tungsten. These bursts of beam come once a minute and each last about 5 seconds.

This causes protons to essentially break apart and release the quarks and antiquarks within. (Antiquarks are the antiparticle of quarks, meaning they have the same mass but opposite charge.)

Initially, experimenters hope to shed light on the internal structure of protons, specifically, the ratio of anti-up quarks to anti-down quarks—two types of antiquarks with different properties.

Results from SeaQuest’s predecessor, NuSea, and DESY's Hermes experiment, both reported in 1998, found a surprise in measuring the ratio of anti-down quarks to anti-up quarks in the proton; it trended toward a value of less than one. This shook up current assumptions about symmetry between these particles and might hint that we have an incomplete understanding of the strong force.

SeaQuest is re-examining this notion, using beam with about one-eighth of the energy and 50 times the luminosity of that of NuSea.

“We think in several months we will have enough data to confirm what NuSea saw,” says Argonne physicist Paul Reimer, spokesperson for SeaQuest. “Then we of course want to do better, which will take a year or more after that.”

The experiment is also intended to study how exactly the strong force binds these subnuclear particles together and how those effects are modified when the proton is inside an atom’s nucleus rather than isolated and separated from it. Quarks’ angular momentum, also called their “spin,” is known to be distributed differently depending on if the proton is “free” or if it is bound inside a nucleus at the time.

Yet another goal of the experiment is to measure how much energy quarks lose as they pass through cold nuclear matter. Both of these pursuits will be explored simultaneously.

The last time SeaQuest saw beam, during a commissioning run, it lasted about six weeks, from March 8 to the end of April 2012. The data from that run, Reimer says, was useful for debugging the detector and hammering out the algorithms they need to take data this time around.

Over the past year and a half, while beam was shut down for scheduled upgrades, SeaQuest researchers and technicians used that downtime to make technical improvements to the experiment’s spectrometer (pictured above) to enable higher beam quality and smoother delivery of protons, which should result in greater accuracy.

University of Michigan postdoc Josh Rubin says the detector and experiment are ready to take on the mysteries of the proton.

“We are all excited at the chance to study the sea of quarks,” he says.