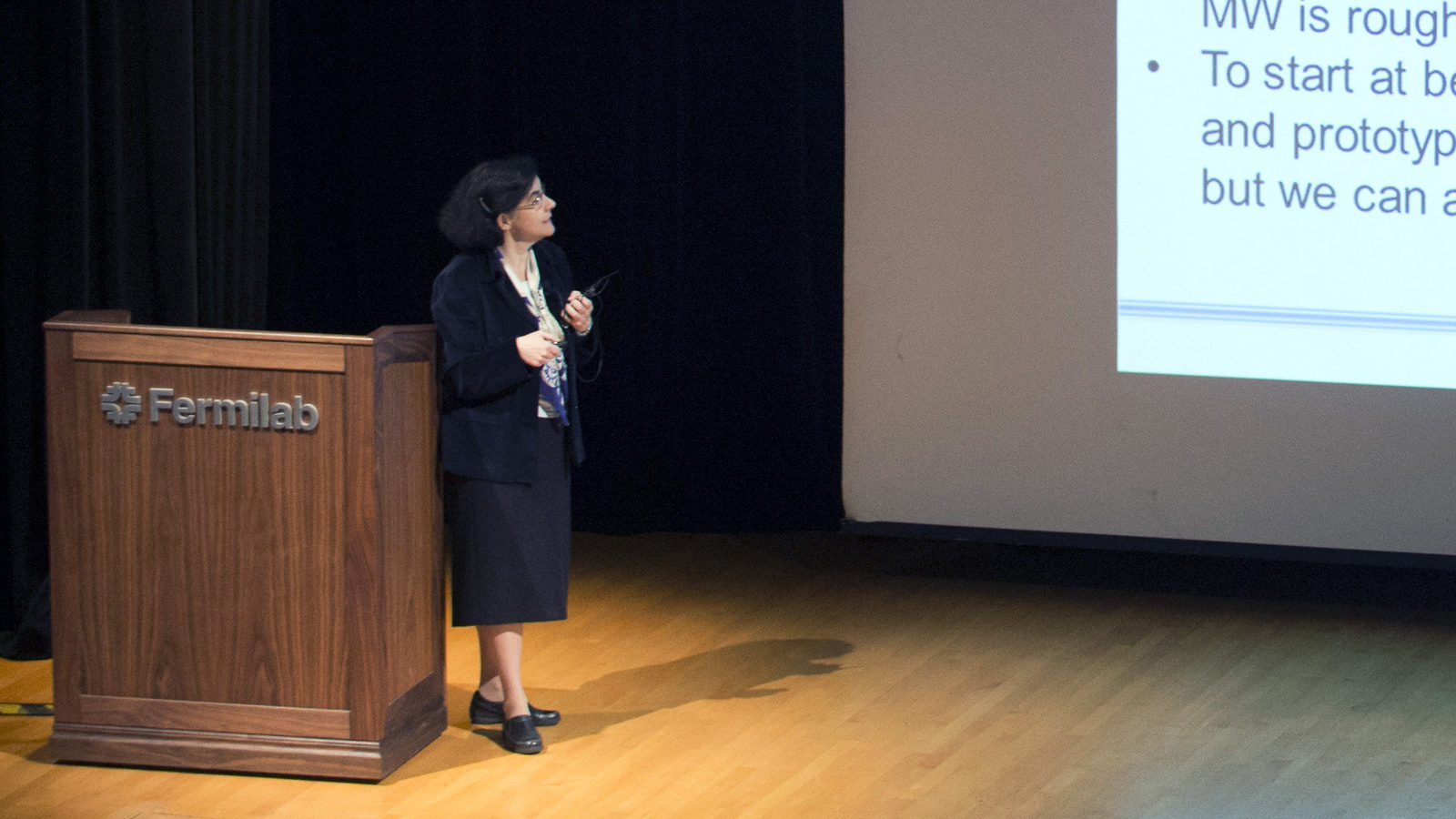 We live in a galaxy permeated with tiny particles called neutrinos. Trillions of them stream through each of us each second. They are everywhere, but much remains a mystery about these particles, which could be key to understanding our universe.

During the first weekend of November, a couple of hundred scientists gathered at Fermilab to discuss ways to unravel the mystery of neutrinos.

The meeting was part of the process of planning the next decade of particle physics research for the United States. A group of 25 scientists on the Particle Physics Project Prioritization Panel, or P5, is studying an abundance of research opportunities in particle physics. In spring they will make recommendations about which of these opportunities should take priority in the United States.

In their first town-hall meeting, the group dedicated a full day to discussing neutrino research.

“Neutrinos have already revealed many properties of the universe, some of them unexpected,” says Antonio Masiero, the vice president of Italy’s National Institute of Nuclear Physics, who provided an international perspective at the meeting. “They still keep secrets which could reveal aspects which are new and answer questions which are still open.”

Neutrinos might help scientists understand what caused the imbalance between matter and antimatter that allowed our universe to form. They could give insight into why particles seem naturally to be organized into three generations. They could help reveal undiscovered principles of nature.

“The neutrino is still a mysterious particle,” says Fermilab physicist Vaia Papadimitriou, pictured above giving a presentation at the meeting. “When I was a graduate student, we didn’t even know neutrinos had masses.”

The next generations of neutrino experiments could reveal other surprises. For example, says Northwestern physicist Andre de Gouvea, neutrinos could turn out to be identical to antineutrinos. They could give scientists clues to the existence of undiscovered types of neutrinos, such as massive ones theorists think might have had a great influence early in the formation of the universe. Neutrinos could turn out to be the only fundamental particles that gain their mass from a source other than the just-discovered Higgs field.

Scientists have proposed a number of experiments to learn more about the properties and behaviors of neutrinos. Those answers could lead to even deeper insights.

P5 will hold at least two more town-hall meetings to discuss additional opportunities in particle physics—including dark matter and dark energy, the Higgs boson, new hidden dimensions of space and time, and the imbalance between matter and antimatter.