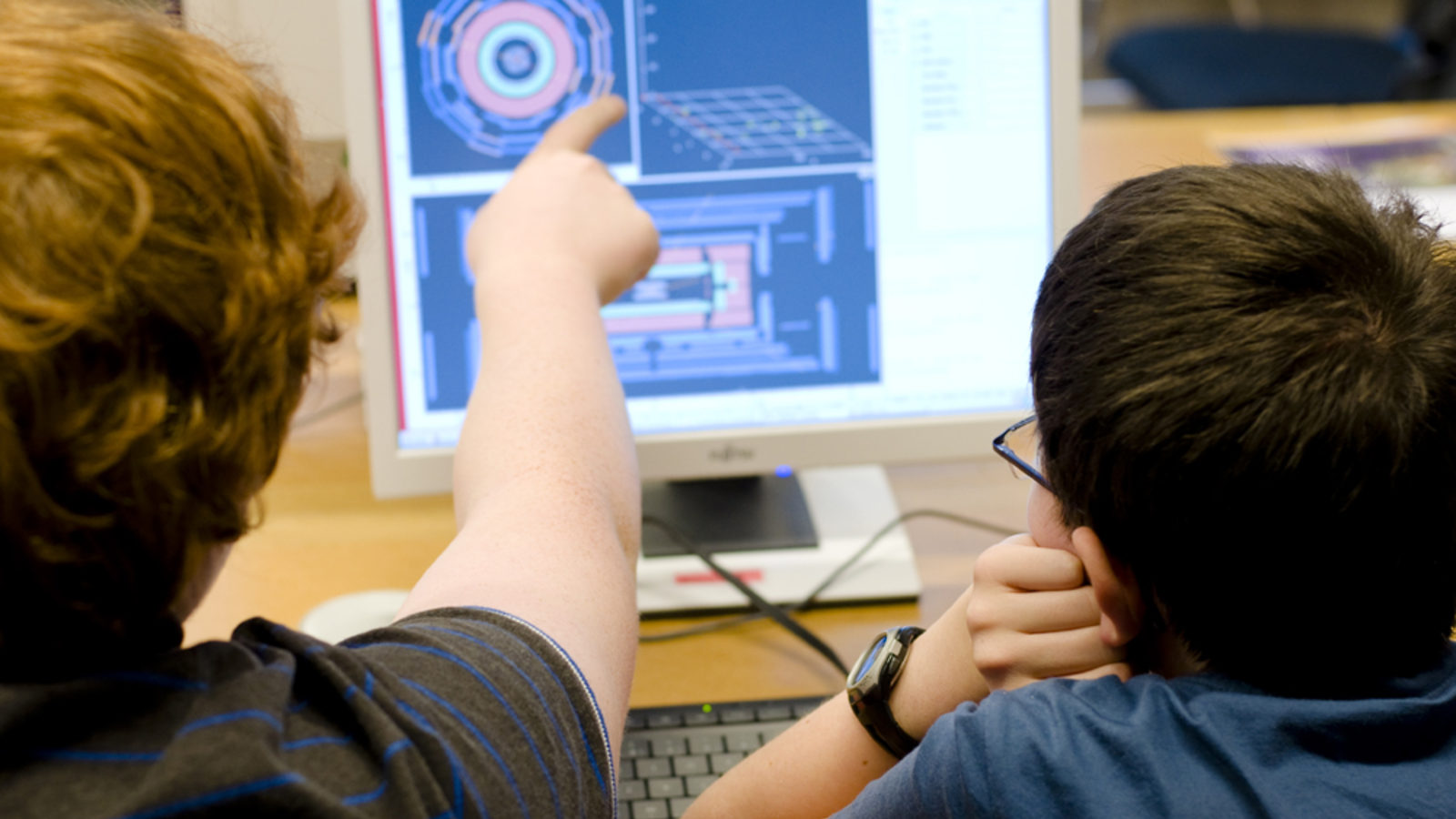 In one of her more memorable lessons, she gives her students a stopwatch and a ruler and sets a toy pig flying around the classroom. The students must use their tools to determine the speed of the pig in two different ways.

"There's no set value for pig speed," Roudebush says. "I'm teaching them to develop methods and test those methods. That's how scientists do it."

Roudebush was inspired to do more inquiry-based lessons after attending a professional development program called QuarkNet, which supplies high-school teachers with the knowledge and equipment, including instructional materials, to explain particle physics to their students through hands-on experience.

The program began as a national outreach effort by the US particle physics community, but it has since moved beyond its original borders. The United Kingdom, Austria, China and Georgia are all investigating setting up their own programs. Taiwan founded its network in 2006, and Germany is three years into developing its version of the program.

In the United States, the QuarkNet program is funded by the Department of Energy and the National Science Foundation. Its offices are split between Fermilab and the University of Notre Dame, and more than 50 universities and laboratories in the United States host QuarkNet centers.

Teachers in the United States can get their start in QuarkNet by attending a weeklong particle physics boot camp at Fermilab. Each year, 25 participants analyze data from the Large Hadron Collider with help from QuarkNet staff teachers and other educators. The teachers bring what they learned back to their students, helping them with hands-on assignments of their own.

"Teachers have the freedom to shape the activities based on the interests of their students," says Marge Bardeen, the QuarkNet spokesperson and co-principal investigator of the project.

During the boot camp, participants analyze data from particle collisions recorded by experiments at the LHC, mimicking the work done by real physicists. After the week is over, the teachers can further study with scientists and even involve their students in the analyses.

Alternatively, teachers can have their students collect their own data using cosmic ray detectors assembled in class. With kits provided by the US QuarkNet program, students work together to construct their own detectors capable of recognizing the cosmic rays that shower the planet by the billions every second. Students take the data, upload it, analyze it and publish their results online. 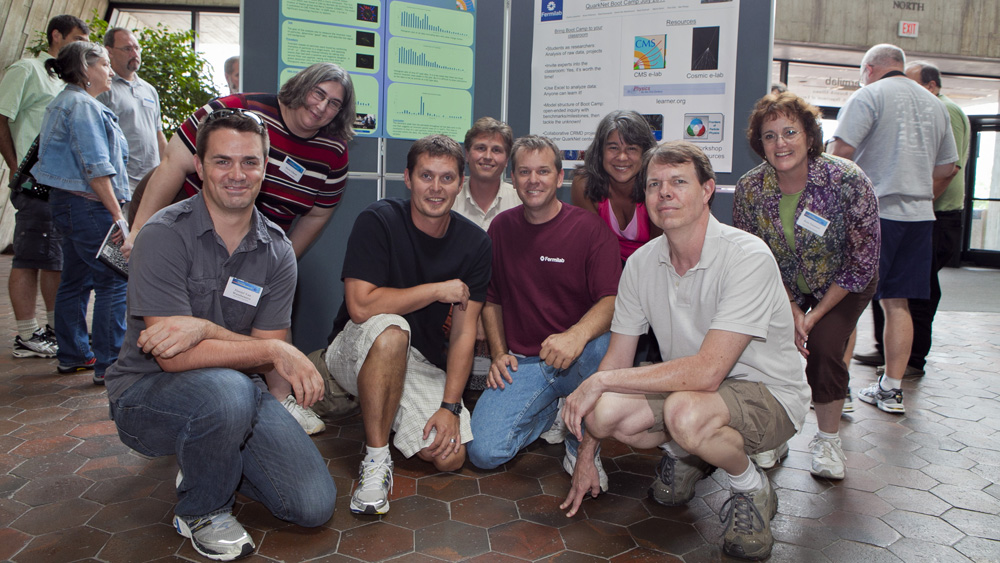 Teachers pause for a photo during a QuarkNet boot camp at Fermilab.

Classes all over the world share and compare their results. Currently, students from 14 countries participate in the cosmic ray network, conducting their own experiments.

"[QuarkNet] is designed like a particle physics experiment, adapted for educational purposes," Bardeen says. "There's some centralization, but the work is distributed through universities and laboratories, where each one tweaks the model a bit. Others can take the model and adapt it to fit the educational needs of their country."

The German version of the QuarkNet program, called Netzwerk Teilchenwelt, involves 24 universities and research centers. It is led by Dresden University of Technology, and its cosmic ray sub-program is hosted by DESY, the largest particle physics research center in Germany.

Whereas QuarkNet concentrates on educating teachers, equipping them with tools to teach their students, Netzwerk Teilchenwelt takes a two-pronged approach—they focus on teachers and students simultaneously. The program provides seminars and meetings for teachers while also reaching out to students directly. Trained young scientists, mostly doctorate students, visit classes and enable students to perform their own measurements of real data from CERN. They also work with the students and teachers to set up research projects.

"We go out to the schools. Some are 200 kilometres away, but it's the only way for these interested students to get involved," says Michael Kobel, project leader and physics professor at Dresden University of Technology. "If students are interested, we will do our best to bring them the tools and information they need."

Kobel and his colleagues planned to run about 250 events over the first three years of the program, which started in 2010. They surpassed that number already, and the program has expanded even further. Dedicated students can develop their own projects and visit CERN to pair up with scientists and pursue their research further. They can then move their projects back to their home institutions. Earlier this year, Leander Goetz and Johannes Holle, two student participants in Netzwerk Teilchenwelt, won a German national award for their research with antiprotons.

QuarkNet and Netzwerk Teilchenwelt have set the bar high for future programs, and their founders are both looking forward to seeing similar programs in other countries. They want to see more students interested in science, and one way to encourage their curiosity is to give them the tools to do science on their home turf.

"We want to bring the science to the students, not just bring them to the laboratory," Kobel says.

The goal is to teach students something they won't necessarily find in a textbook, says Minnesota high school teacher and QuarkNet participant Shane Wood.

"There's no answer in the back of the book," Wood says. "The students get first-hand experience with the frustrations—and the satisfaction—of the scientific process."