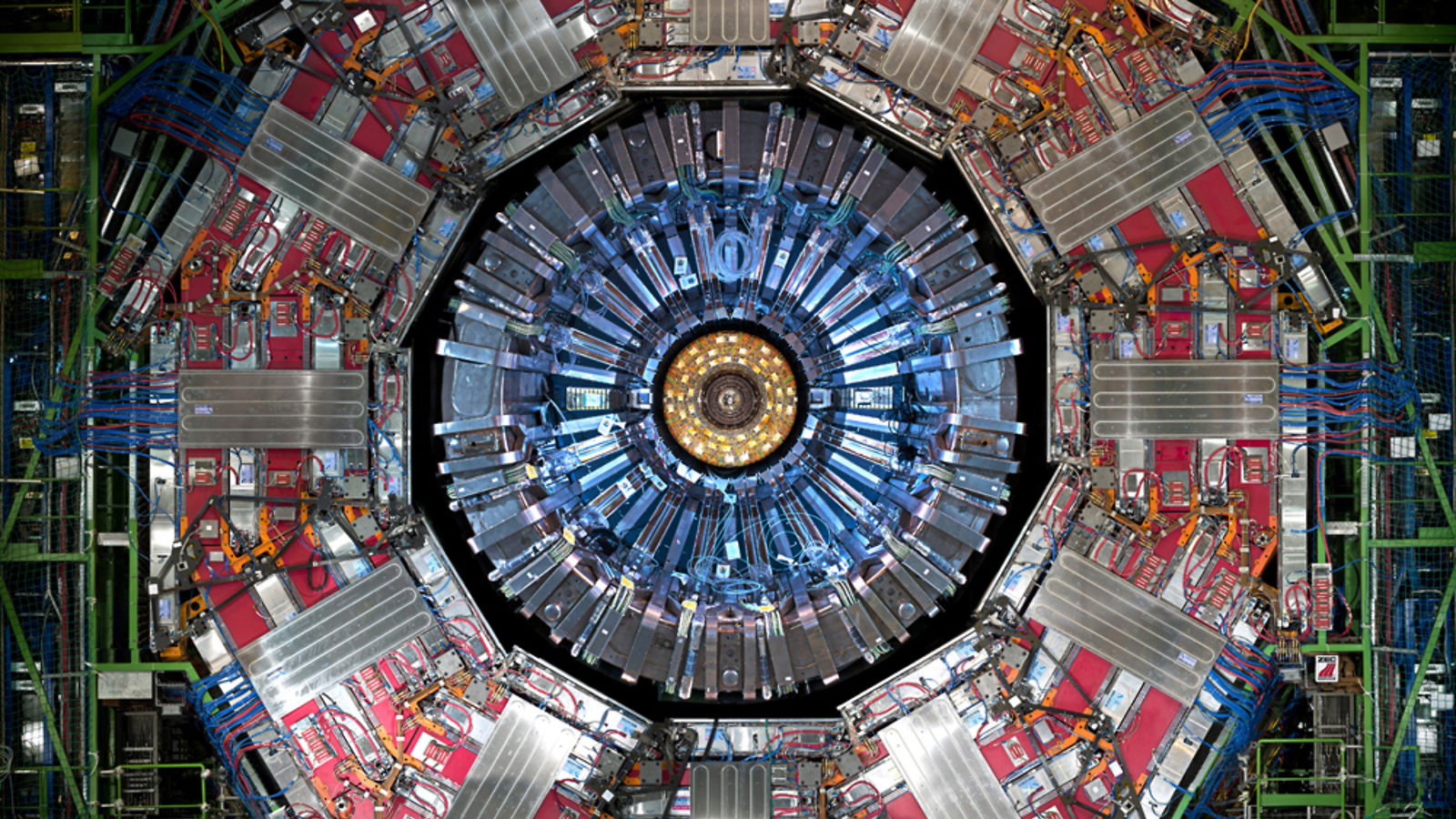 Scientists on an experiment at the Large Hadron Collider confirmed this week the existence of a particle-like structure first observed at the LHC’s predecessor, the Tevatron.

Members of the CMS collaboration announced on Nov. 14 that they had spotted a curious object, dubbed Y(4140), that the CDF experiment had detected in March 2009.

“We don’t know what it is,” says Vincenzo Chiochia, co-convener of the B physics group for CMS. “We observe a structure consistent with previous observations from the Tevatron.”

There’s a less than 1 in 3.5 million chance that the structure is the result of statistical fluctuation—experimenters know it’s there. Now, they’re working to figure out exactly what it is. Observed in collisions at an energy of 4.1 giga-electronvolts, the new structure seems to be composed of quarks and antiquarks. If that were the case, though, scientists would expect those quarks and antiquarks to fit together in a certain way. They don’t seem to do so.

Theoretically, the structure could be a hybrid composition of various particles: four quarks loosely bound together or even particles bound by the nuclear force, which is what holds protons and neutrons together in atoms. There’s also the possibility that it’s something entirely new.

“I don’t know which explanation is right,” says Kai Yi, a scientist with the University of Iowa who has worked on the analysis of Y(4140) at both CMS and CDF. “We can’t point at something and say, yes, this is it, yet.”

As happens with any discovery, the scientists now need to make precision measurements of the structure’s properties. These include a more accurate measurement of its mass and the way it decays, among other factors. All of the measurements should paint a fuller picture.

Now, Yi says, “we need to find out what it is with further studies.”

That’s something that can only happen with more data. So stay tuned!