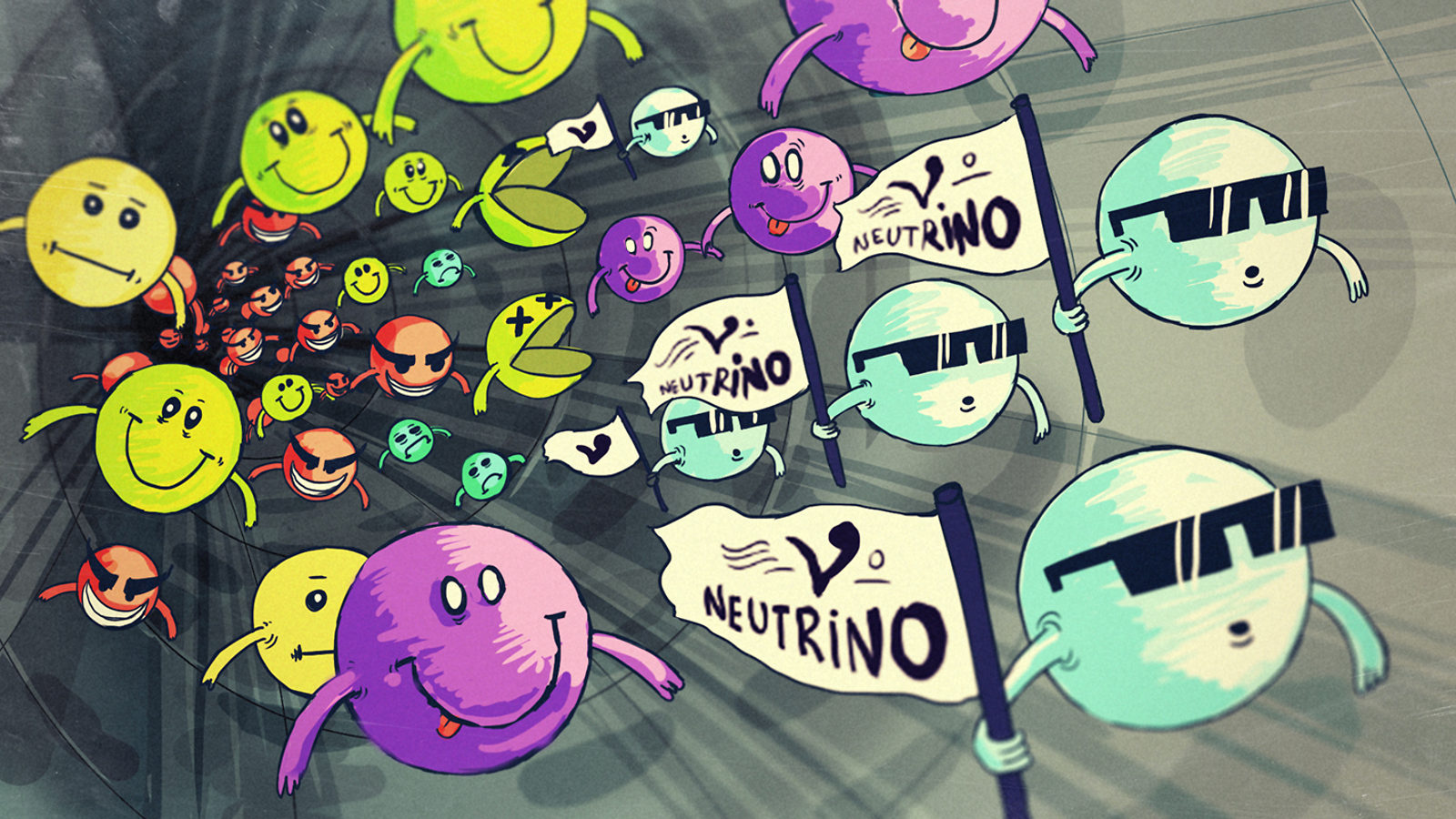 Neutrinos are elusive particles that are difficult to study, yet they may help explain some of the biggest mysteries of our universe. Using accelerators to make neutrino beams, scientists are unveiling the neutrinos’ secrets.

Neutrinos are among the most abundant particles in the universe, but they rarely interact with matter. Some of today’s outstanding scientific mysteries, such as why there is more matter than antimatter in the universe, could be solved by studying neutrinos and detecting their interactions with matter.

Billions of neutrinos from natural sources, including the Sun, zip through every square centimeter of the Earth each second. Yet scientists cannot easily determine their initial type or exactly how far they traveled before reaching a detector.

To study neutrinos more effectively, scientists produce high-intensity neutrino beams using proton accelerators. Only a few laboratories in the world can manufacture such neutrino beams: the J-PARC laboratory in Japan, the research center CERN in Europe and Fermi National Accelerator Laboratory in the United States.  Every two seconds, Fermilab fires a trillion neutrinos toward particle detectors located in northern Minnesota, more than 450 miles away. This intense beam produces about a thousand neutrino interactions per year in the detectors.

How to Make a Neutrino Beam

Scientists make high-intensity neutrino beams by starting with batches of protons from a bottle of hydrogen gas. They accelerate each batch to nearly the speed of light and smash it into a target, usually made of graphite or beryllium. The protons shatter the target’s atomic nuclei and produce new particles, including short-lived pions—the source for neutrinos and anti-neutrinos.

Blocks of aluminum, steel and concrete are the final steps to create a pure neutrino (or anti-neutrino) beam. The blocks stop and absorb all particles except the ghost-like neutrinos (or anti-neutrinos), which pass through unchanged. Ta da!

Scientists have been creating neutrino beams with proton accelerators for more than 50 years. In 1961, an experiment at Brookhaven National Laboratory led to the Nobel Prize-winning discovery of the muon neutrino.

In the future, scientists hope to make better neutrino beams by using muons instead of pions. The muon is a heavy cousin of the electron. When it decays, it produces both a muon neutrino and an electron anti-neutrino. A proposed project, called nuSTORM, aims to manufacture a neutrino beam from these muon decays. Since muons live about 100 times longer than pions, they are easier to accelerate and focus, but they also travel a longer distance before they decay. The challenge is to produce and collect enough muons, propel them and store them in an accelerator ring until that decay occurs.

Some scientists are already contemplating ways to use neutrino science for other applications. Perhaps neutrinos could become a future communication tool for places that radio waves can’t reach, such as submarines deep under water or satellites traveling across the far side of the Moon. This would require even better neutrino beams and supersensitive neutrino detectors.

Earlier this year, a group of scientists showed just what would be required to make this possible. They used a neutrino beam at Fermilab to send a short, encoded message through 240 meters of rock. Using the MINERvA neutrino detector, the scientists detected and deciphered the message, which read “neutrino.” Sending this simple message 240 meters required the world’s most powerful neutrino beam and took about 90 minutes.

Some day scientists may discover more efficient technologies to harness the power of neutrinos in new and interesting ways.

Having trouble viewing the video embedded above? It's also available on YouTube.
Follow
Use your browser’s print dialog box to create a pdf.