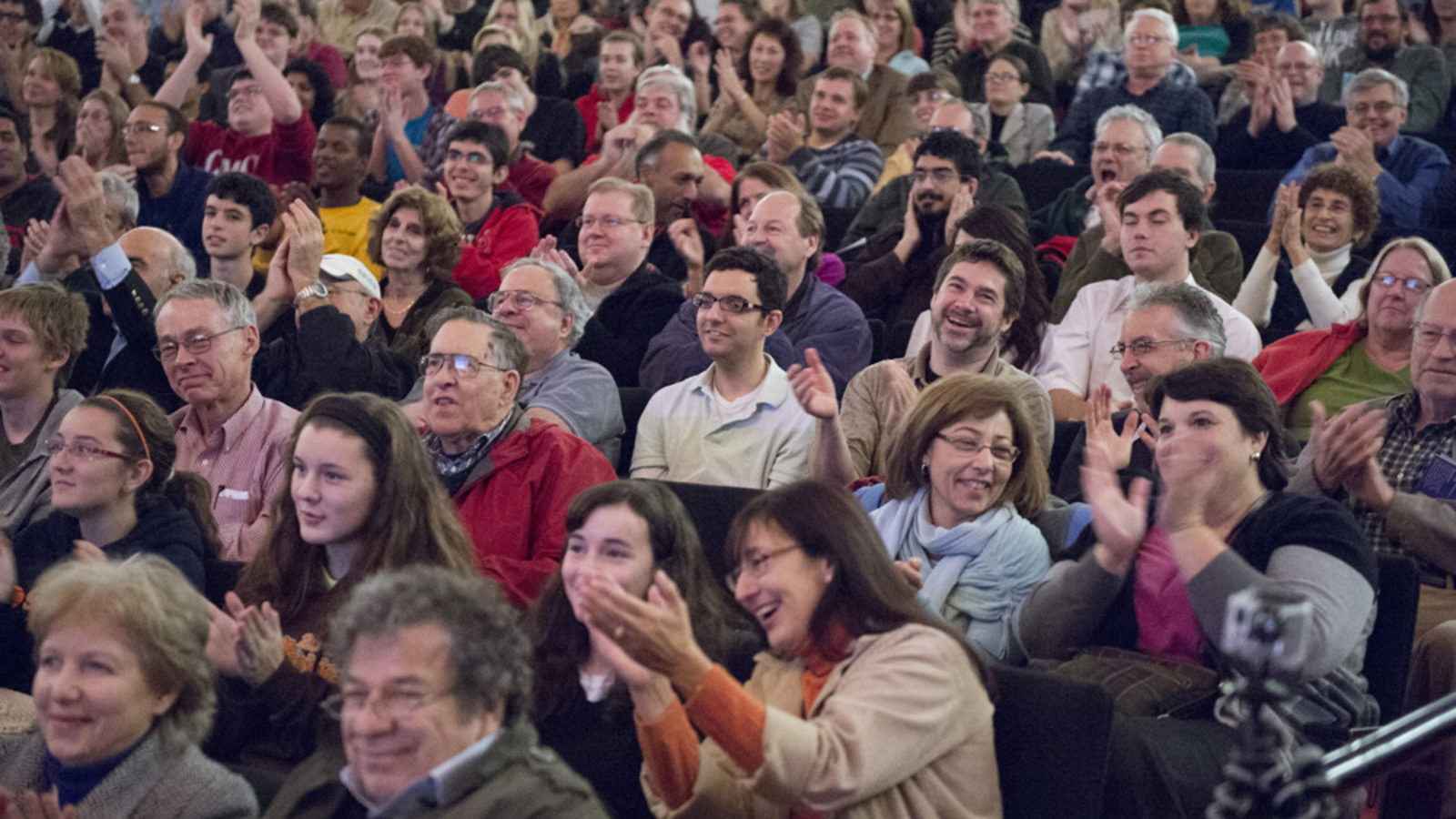 Five scientists spent a Friday night on stage competing to see who could best convey the fun of particle physics.

On Friday night, Nov. 16, about 1000 people came out to Fermilab to see five physicists duke it out... with science.

The occasion was the laboratory's first ever physics slam. A physics slam is kind of like a poetry slam—the five contestants were given 12 minutes each to explain a complex particle physics concept to an auditorium filled with laymen. And they had to do it in the most entertaining way they could, because audience applause determined the winner.

The slammers could use anything they wanted to on stage, from songs to props to dancing bears. The objective was to do whatever it took to entertain the audience while talking science.

The first particle physics slam was held at the Max Planck Institute for Physics in Germany a few years ago, and they've been growing in popularity at laboratories and universities ever since.

At the Fermilab event, the slammers tried a variety of ways to bring out the lighter side of physics, and even the audience got into the act. Chris Stoughton had the packed auditorium doing the wave to illustrate the holography of the universe. Deborah Harris called her presentation “The Neutrino Monologues,” and she played five different characters, tracing the evolution of neutrino physics up through Fermilab’s current experiments.

Doug Glenzinski had the audience cracking up at fabricated pictures of himself accepting a Nobel prize and talked about the experiment he hopes might get him one: Mu2e, which will try to catch muons changing into electrons. And Bob Tschirhart worked Danica Patrick and dogs playing poker into a talk about one of Fermilab’s big future experiments, Project X.

But it was Stuart Henderson who took home the prize. He spiced up a talk about how particle accelerators can alleviate the problem of nuclear waste by bringing in Homer Simpson and a graphic from The Onion about a giant science machine.

An applause meter iPad app was used to determine the winner.

A version of this article appeared in Fermilab Today on Tuesday, Nov. 20.

Bathed in orange lighting reminiscent of a beat-generation lounge, 200 people grabbed beers and pretzels and settled in to watch six particle physicists compete for their affection.