Fermi telescope gazes through fog to count the stars

A recent measurement of how many gamma rays make it through a cosmic “fog” of starlight reveals just how many stars there are in the universe. 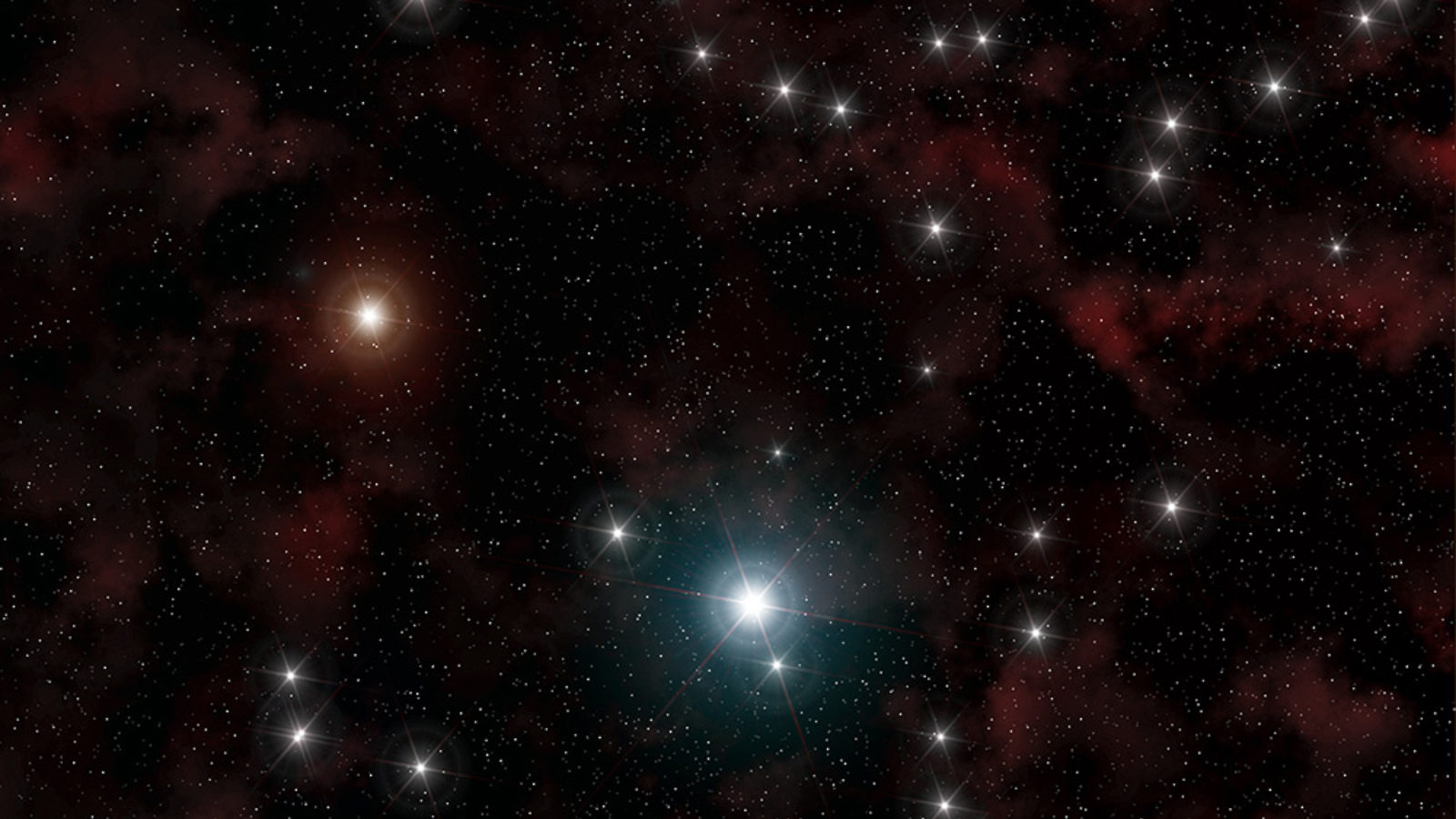 Using data from the Fermi Gamma-ray Space Telescope, an international team of scientists has determined the density of stars in the universe: 1.4 stars per 100 billion cubic light-years.

Counting all of the stars in the universe is no small task. To arrive at this number, the collaboration used a clever combination of measurements.

First, the team counted the number of gamma rays—the most energetic form of light—collected by the Fermi telescope from blazars (shown as green dots in the all-sky map below). Blazars are galaxies powered by black holes, which not only suck in huge amounts of matter but also propel some of it back out, spewing jets of plasma and radiation into the universe at close to the speed of light. 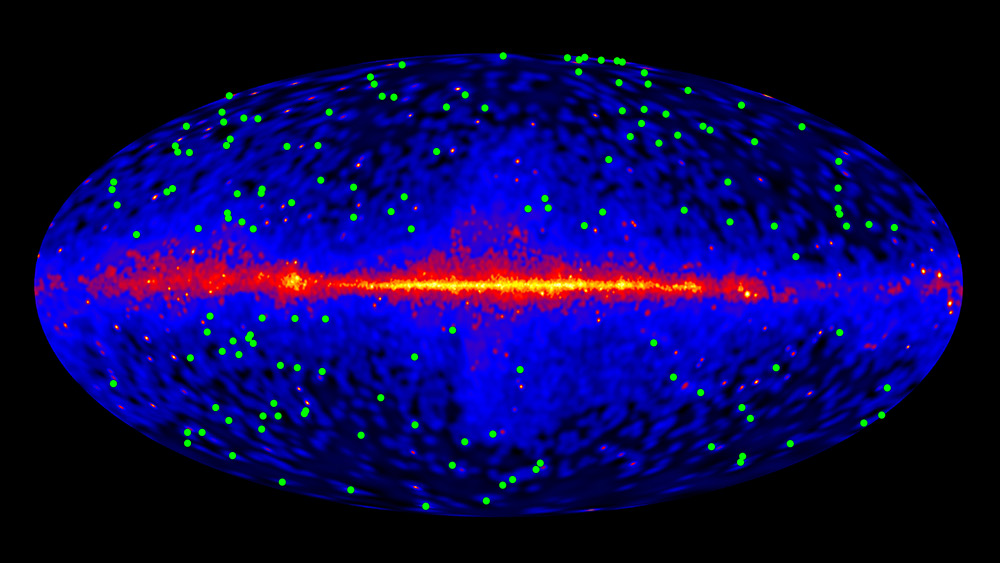 This plot shows the locations of the 150 blazars (green dots) used in the study. The background map shows the entire sky; the bright horizontal emission in the center is the plane of the Milky Way.

As gamma rays created in these jets travel across the universe toward the Fermi telescope’s waiting detectors, they pass through remnants of light left behind by all stars in the universe: a pervasive “fog” of light that each generation of new stars makes brighter.

"The optical and ultraviolet light from stars continues to travel throughout the universe even after the stars cease to shine, and this creates a fossil radiation field we can explore using gamma rays from distant sources," said scientist Marco Ajello, a postdoctoral researcher at the joint SLAC/Stanford Kavli Institute for Particle Astrophysics and Cosmology and at the University of California, Berkeley, Space Sciences Laboratory, in a press release issued yesterday by NASA.

The researchers were able to deduce the fog’s thickness and opacity by comparing the number of gamma rays detected from nearby blazars—gamma rays that didn’t have to travel through much fog—to the number detected from more distant blazars—some of which have been traveling since the universe was less than 4 billion years old.

From these measurements, the team estimates that, on average, each star in the universe is about 4150 light-years from its nearest neighbor and that there are about 1.4 stars in each 100 billion cubic light-years of the universe (see an artist's conception of this density at the top of this page).

This, the first measurement of its kind, puts limits on the number of stars that could have existed in the early universe.  Future studies could determine when the first stars in the universe began to shine.

These findings were published in the November 2 issue of Science.