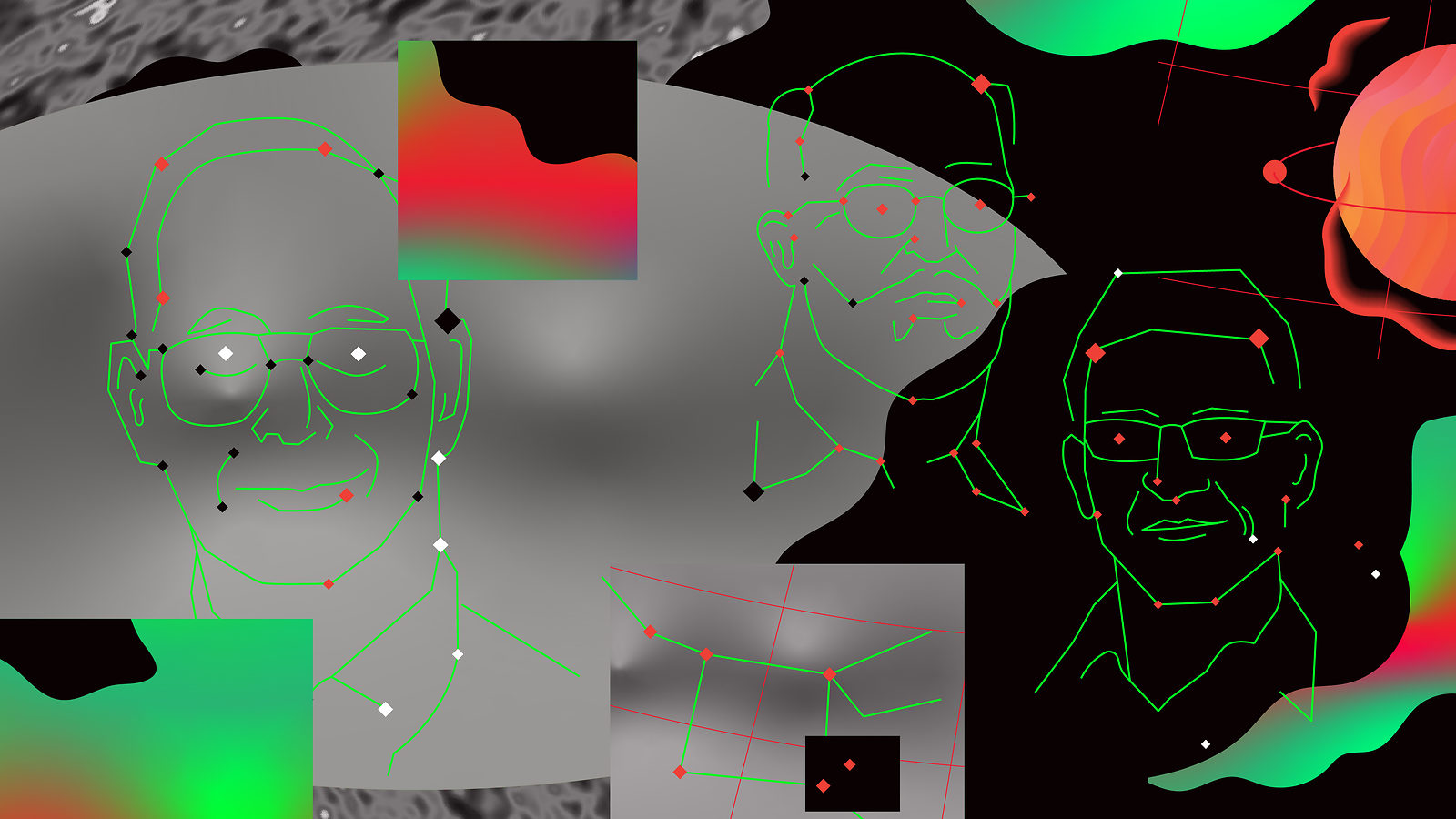 Early Tuesday morning, three physicists—James Peebles, Michel Mayor and Didier Queloz—were rewarded for decades seminal contributions to advancing science with a phone call from Stockholm. This year’s Nobel Prize in Physics was awarded “for contributions to our understanding of the evolution of the universe and Earth's place in the cosmos.”

Half of the prize went to Peebles, a theoretical cosmologist, for his groundbreaking work in topics such as the Cosmic Microwave Background and cold dark matter; the other half was split between Mayor and Queloz, for their discovery of 51 Pegasi b, the first exoplanet found orbiting a sun-like star.

A press release from the Royal Swedish Academies of Science praised the discoveries, saying: “This year’s Laureates have transformed our ideas about the cosmos. While James Peebles’ theoretical discoveries contributed to our understanding of how the universe evolved after the Big Bang, Michel Mayor and Didier Queloz explored our cosmic neighbourhoods on the hunt for unknown planets.”

This is the first Nobel Prize to be awarded for research in either exoplanets or theoretical cosmology. When both fields were young, they faced a lack of recognition as serious science—a perception that the awardees managed to change with their findings.

When physicists Arno Penzias and Robert Wilson accidentally discovered a strange signal across the sky in 1965, astrophysicists were left to try and explain exactly what had created it. (For their experimental work, Penzias and Wilson received the 1978 Nobel Prize in Physics.)

A Princeton team of Robert Dicke, Peter Roll, David Wilkinson and then-graduate student Peebles came up with an answer: It was Cosmic Microwave Background radiation, the residue left behind in the aftermath of the Big Bang.

The team published a paper that improved on previous speculative work about the existence of a CMB by connecting the density of matter in the universe to its temperature. They found that greater density would result in hotter temperatures, which would result in more helium.

From this basic relationship, Peebles and his colleagues were able to use the temperature of the CMB to put a constraint on the amount of “normal” matter—as opposed to dark matter or dark energy—in the universe. Thanks to these methods, we know that only about 5% of matter in the universe is normal, or baryonic.

Peebles would go on to tackle more questions about the CMB. Fluctuations in the density of the early universe were predicted to create waves through the hot plasma and leave an imprint in the CMB. In 1970, with Jer Yu, Peebles calculated what those waves would have looked like. Four decades after the fact, results from the Planck satellite showed just how accurate that prediction had been.

Relying on the work of dark matter pioneers like Vera Rubin, who calculated its gravitational influence on galaxies, Peebles also made the first predictions linking cold dark matter to the large-scale structure of the universe, providing an explanation for how galaxies and galactic clusters formed.

In 1984, Peebles reintroduced the dreaded “cosmological constant,” a fudge factor that Albert Einstein had used to keep the universe static and eternal. After Hubble proved the universe was expanding, Einstein abandoned the constant, denoted by the Greek symbol Λ (lambda).

But Peebles saw the constant as a way to rescue the structure of the universe from itself. Spacetime should have become more and more curved after the Big Bang. But measurements appear to show that it is flat—a situation that didn’t seem possible given what scientists knew about the observable amount of matter and energy in the universe. Re-adding Einstein’s constant, however, could provide that missing energy.

Today, we know about the accelerating expansion of the universe, thought to be caused by dark energy. The best explanation we have for this is known as the ΛCDM model. Lambda, as in the cosmological constant, and CDM, for cold dark matter—just as Peebles had predicted.

“As a theorist, he’s probably played the most significant role [in developing cosmology as a field],” says Bharat Ratra, a cosmologist at Kansas State University and a co-author with Peebles on several papers.

In his later years, Peebles has continued working on cosmological quandaries, tackling topics such as dark energy. But some of his most important work in furthering the field may not have been that which the Nobel Committee recognized today. Peebles is the author of numerous influential textbooks that shaped the field of cosmology and a generation of cosmologists.

“I do have advice for young people entering science: You should enter it for the love of the science,” Peebles said via a phone interview at the press conference. “The awards are charming, and very much appreciated. But that’s not part of your plan. You should enter science because you are fascinated by it—that’s what I did.”

Twenty-four years ago, when Didier Queloz and Michel Mayor announced that they’d found a planet outside of our solar system, 51 Pegasi b, few believed them. Today, scientists have added to that list more than 4000 additional exoplanets. As more and more have been discovered, our perspective on the universe has undergone a sort of Copernican revolution. No longer are we wholly alone in the cosmos. We know now that it is not uncommon for other suns to have other worlds.

Queloz and Mayor were not the first to discover an exoplanet. In the years prior to their announcement, signals of exoplanets orbiting pulsars, strange stars unlike our own sun, had been aired. But evidence for exoplanets around stars like our own remained tentative.

To make their discovery, Mayor and Queloz used a relatively small telescope—less than 2 meters in diameter—which gave them enough light to see what they were looking for. The trick was mostly in the technique.

Although stars are massive, a large enough orbiting planet can shift a star’s position. In these systems, the star and planet orbit around a common center of mass. This makes the star appear to “wobble” back and forth. Our own sun is pushed to and fro by Jupiter, with a difference of about 60 miles per hour over Jupiter’s 12 year orbit.

An alien observer would be able to measure this difference because the change in the sun’s speed alters the frequency of light it emits. As a star moves toward an observer, the light becomes bluer; as it moves away, the light becomes redder. Measuring a Doppler shift every revolution around the star can give away the position of a planet.

Luckily, they didn’t have to wait decades. 51 Pegasi b, although Jupiter-sized, zooms around its sun in just four days, which gave Mayor and Queloz plenty of data to work with.

“At the time, it was extremely controversial, like a lot of people didn't believe it was an exoplanet,” says Sara Seager, an exoplanet researcher at MIT.

By 2000, there were 20 exoplanets in the catalogues, and it was harder to dismiss the burgeoning field. Today, researchers find exoplanets in droves. They have even investigated the atmospheres of these exoplanets, and looked for even smaller, harder-to-spot prey: exomoons.

While the doppler technique has been largely succeeded by other more precise techniques, the discovery of 51 Pegasi b served as a catalyst for the field and propelled it from scoffed-at obscurity to the laurels of a Nobel.

In recent years, the Nobel has fallen under scrutiny. Critics assert that limiting the prize to three recipients fails to capture much of the important research done in physics, which relies on large collaborations of hundreds, if not thousands of physicists, and perpetuates the myth of the “lone genius.”

Parity, though an important concept in physics, has been missing from the Nobel Prizes. When Donna Strickland won last year, she was only the third woman to have ever been awarded the prize in physics—despite plenty of deserving candidates, such as Chien-Shiung Wu, Jocelyn Bell Burnell, Lise Meitner and the aforementioned Vera Rubin. And to date, there have been no Black laureates in physics, chemistry or medicine.