Next up: A turbocharged LHC

Physicists are already preparing upgrades that will increase the physics reach of the Large Hadron Collider in the next decade. 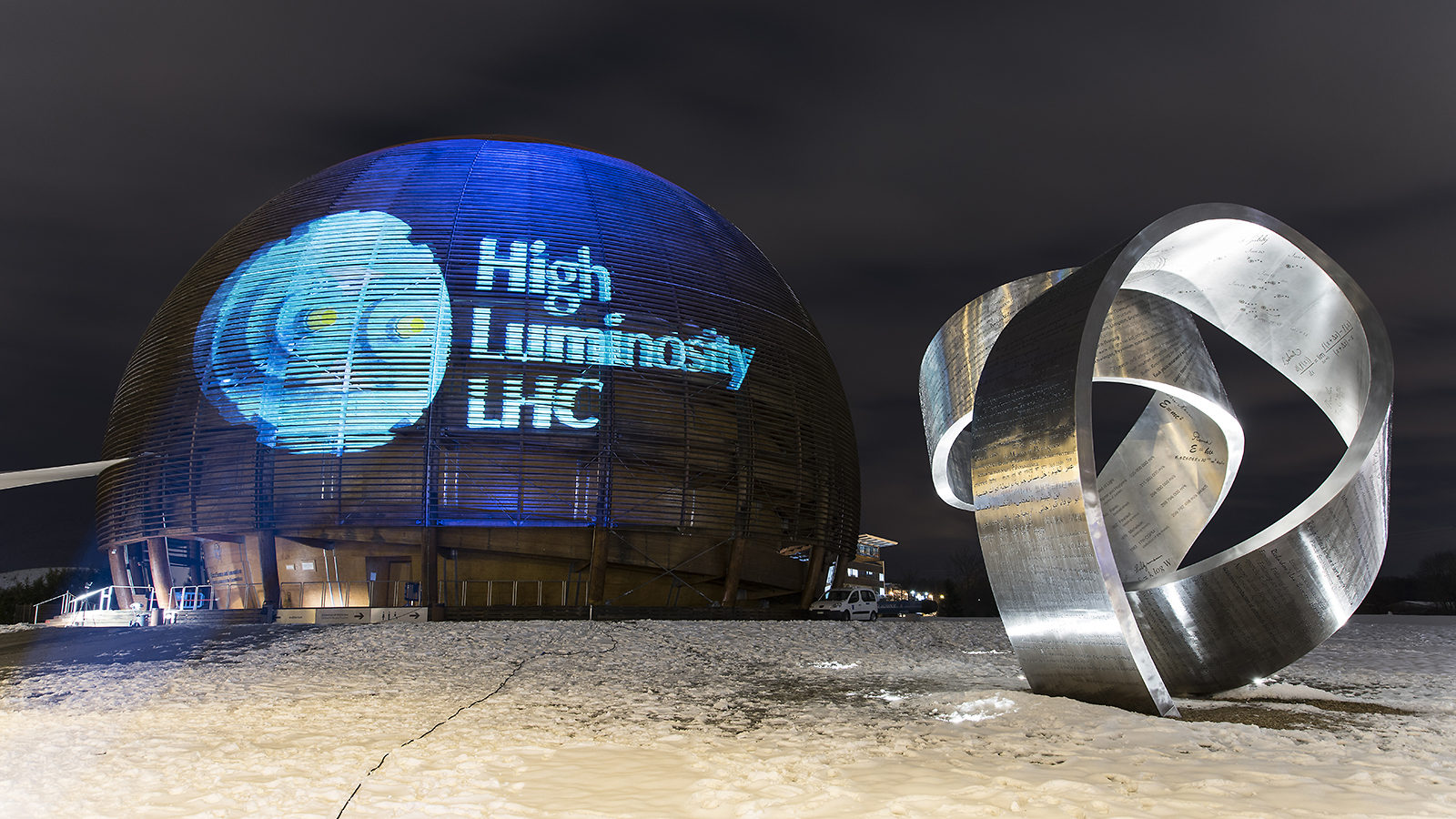 Even though the Large Hadron Collider is at the peak of its performance, currently smashing protons at a record-breaking energy, physicists are already planning for its next iteration, which will make its debut in 2025.

Today, scientists and engineers from more than a dozen institutions around the world met in Geneva to discuss the beginning of construction for the High-Luminosity LHC.

“About halfway through the construction of the LHC, scientists in the United States started developing new magnet and accelerator technologies for the HL-LHC,” says Peter Wanderer, head of the Superconducting Magnet Division at Brookhaven National Laboratory. “This meeting gives us the chance to integrate our work and progress with the efforts at CERN and other organizations involved in the luminosity upgrade.”

Luminosity describes the rate of particle collisions. By increasing the number and density of protons in the LHC, and by manipulating the orientation of the proton bunches when they collide, physicists can maximize the number of proton collisions per second.

“The LHC already delivers proton collisions at the highest energy and the highest luminosity ever achieved by an accelerator,” says Director General of CERN, Rolf Heuer. “Yet the LHC has only delivered 1 percent of the total planned number of collisions.”

Currently, the LHC collides 600 million protons every second. The planned upgrades will increase this rate by at least a factor of five.

The amount of data the HL-LHC will be able to generate in just a few years would take two decades to collect with the existing LHC, says Roger Rusack of the University of Minnesota, who works on the CMS experiment at the LHC. “It’s an exciting, challenging and interesting project for the US and the global physics community.”

More data will allow scientist to continue to push the limits of human knowledge and search for physics beyond the Standard Model—the best model physicists have to describe the fundamental particles and forces that make up everything around us. Many scientists hope that this new data will shed light on dark matter or help them look for evidence of Supersymmetry.

The High-Luminosity LHC will also enable physicists to study the Higgs boson in more detail.

Among the upgrades are stronger beam-squeezing magnets and new superconducting radio-frequency cavities, which will flip the orientation of groups of protons to ensure the greatest number of collisions possible.

“We've had to innovate in many fields, inventing brand new technology for the magnets, the optics of the accelerator, superconducting radio-frequency and the superconducting links,” says Lucio Rossi, head of the High-Luminosity LHC project.

Scientists on LHC experiments are also designing and building new detector components that will optimize their experiments for future runs of the LHC.

The University of Minnesota, for example, is working with many other US groups on a new calorimeter to record the energy, direction and time of particles produced during collisions in the CMS detector, Rusack says. “Time is short and we still have a lot to do before these new systems are ready for the huge influx of collisions in 2025.”