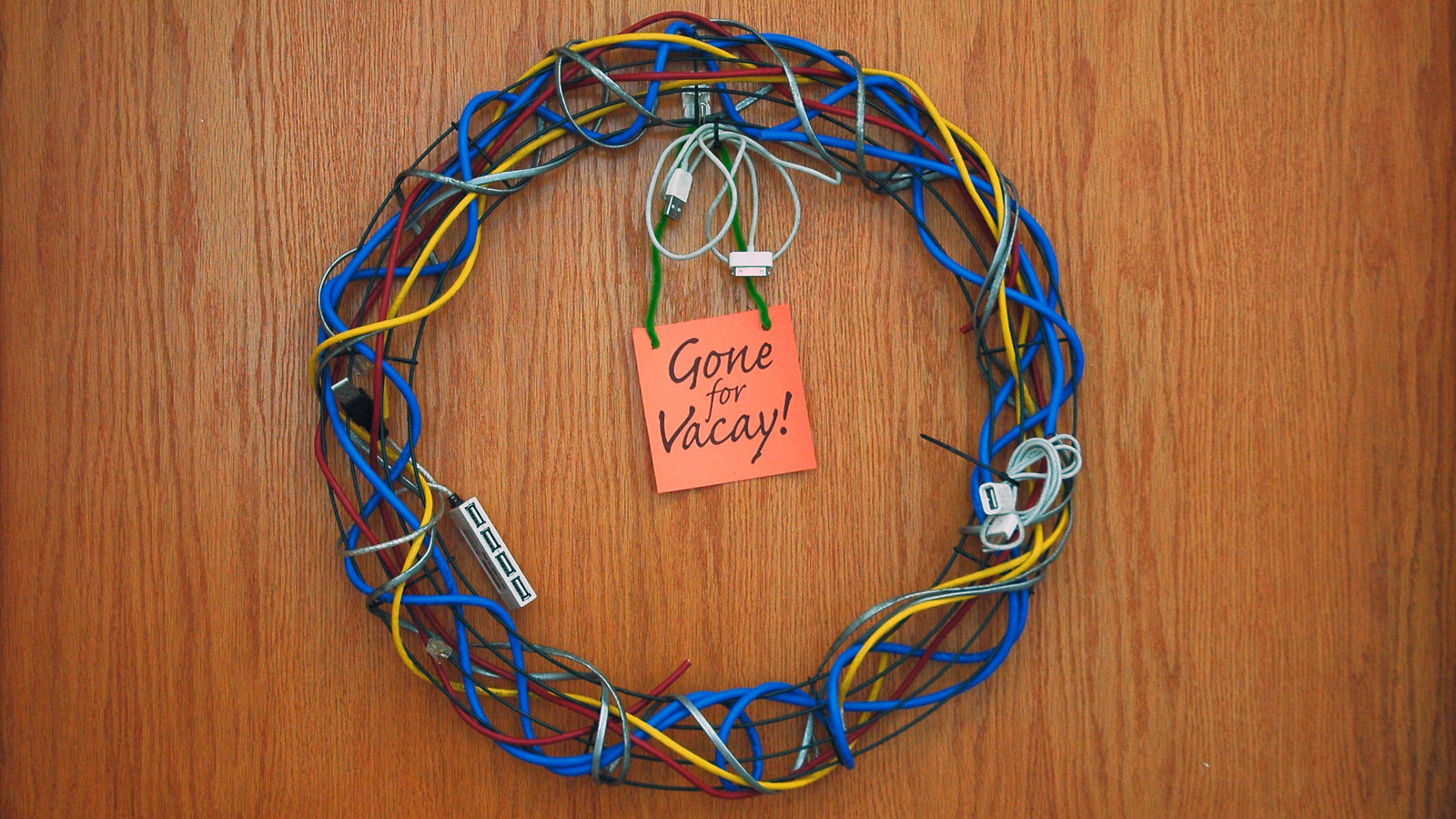 ‘Twas the night before vacay, and all through the lab, not a physicist was stirring, not even an undergrad. To their warm homes they went with laptops in hand, to discuss all their searches and see where they stand.

We all know by now the Standard Model is incomplete, and filling its gaps has been quite the feat. Gravity, for instance, is a fundamental force, but at the quantum level there’s no apparent source. Many theories propose to solve this and more, so let’s take a look and settle the score.

Supersymmetry is the first to pass through our test, as mathematically speaking, it’s by far the best. It takes our equations and makes them quite lean by adding new particles to our treasured 17. While SUSY might come with a heart full of gold, it’s from the 1970s and is starting to get old. Its simplest forms have all been ruled out, and its continued absence gives many physicists doubt.

Dark matter’s discovery is long overdue, though in terms of physics, it’s hardly new. Astronomers see it through gravitational pull, and its direct detection is the ultimate goal. Dark matter particles might pass undetected, or leave energy or sound in the data collected. It’s quite a challenge to find what cannot be seen, especially when particle collisions are more chaotic than clean.

Antimatter is a topic straight from sci fi, and we want to measure how the laws of physics apply. Matter and antimatter are like yin and yang; they should have been equal just after the Big Bang. Because they are the perfect peers, we can’t explain why the antimatter disappeared. There must be some differences that are still unknown, though equal and opposite is what the data has shown. There are a few hints that could explain just why matter won and antimatter waned. But maybe neutrinos could hold the key, with their mysterious oscillations between flavors of three.

Then there are extra dimensions, which sound very cool, and provide our theorists a clever new tool. They would be curled up inside of our own, hidden from forces that are commonly known. This could be the place that gravity hides, protected and snuggled on all of its sides. It leaks into spacetime and weakly interacts, a tiny force—with huge impacts. But extra dimensions have never been seen, nor given any hints on the experimental scene.

The idea of long-lived particles has become quite popular; these particles could go far, even a kilometer! This could be why new physics hasn’t been found—they’d pass through a detector and be absorbed by the ground. Physicists have devised many a way to look for those particles that interact with delay. They could be from SUSY, or entirely new—just finding these particles would give quite the clue!

As physicists lie warm in their beds, with images of quarks dancing in their heads, they wonder where all the new physics might be, and dream of making the next big discovery. To some it might seem that nature hasn’t been kind, giving so few clues when there is still so much to find. But others consider all of the questions that remain, and see that there is much for humanity to gain. There are still many places for physics to bloom, whether it's direct searches at the LHC or neutrinos at DUNE. So here’s to the future and good science as well; there are still many secrets nature has yet to tell!