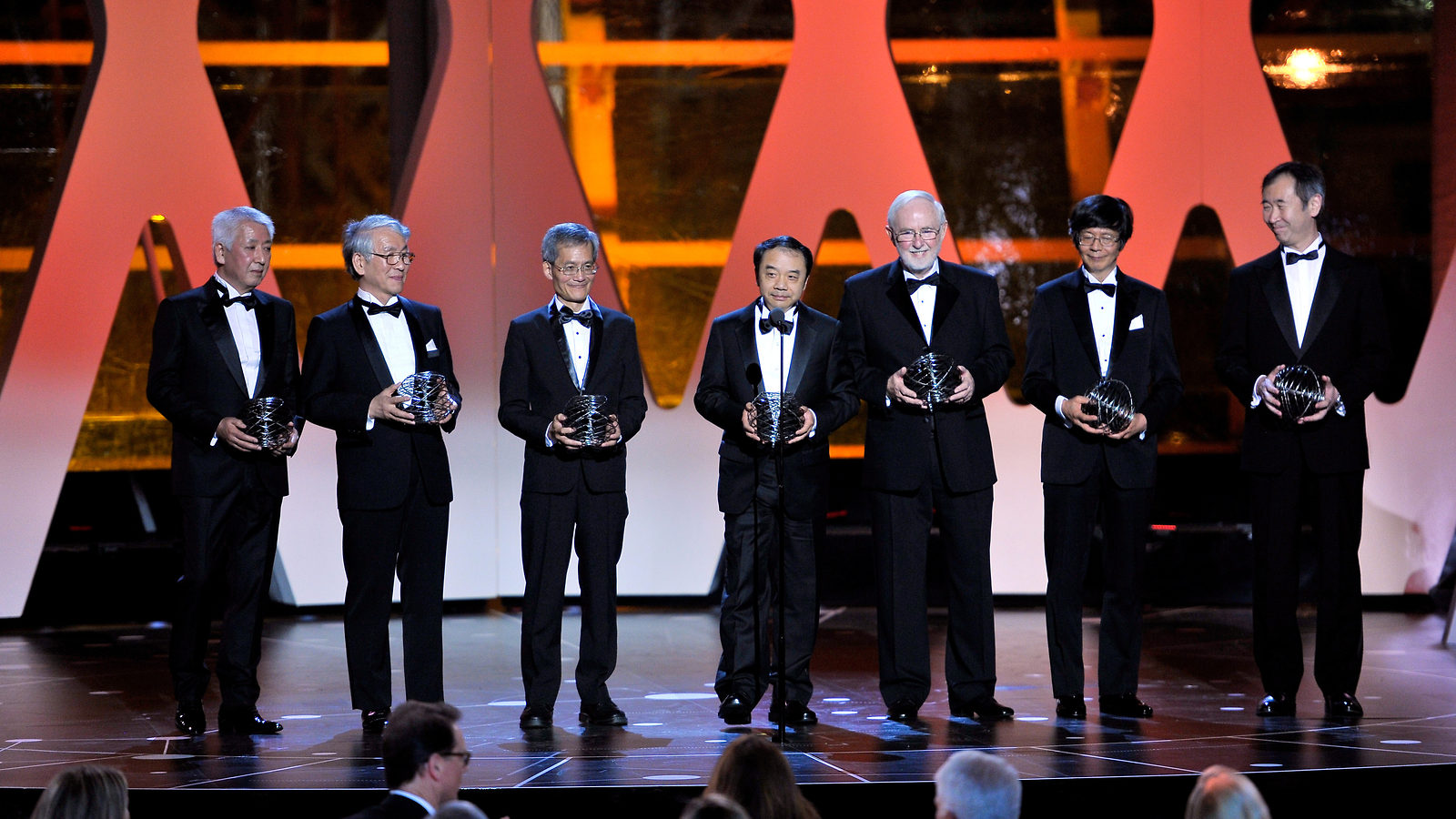 Hot on the heels of their Nobel Prize recognition, neutrino oscillations have another accolade to add to their list. On November 8, representatives from five different neutrino experiments accepted a joint award for the 2016 Breakthrough Prize in Fundamental Physics.

The Breakthrough Prizes, also given for life sciences and mathematics, celebrate both science itself and the work of scientists. The award was founded by Sergey Brin, Anne Wojcicki, Jack Ma, Cathy Zhang, Yuri and Julia Milner, Mark Zuckerberg and Priscilla Chan with the goal of inspiring more people to pursue scientific endeavors.

This year’s $3 million prize for physics will be shared evenly among five teams: the Daya Bay Reactor Neutrino Experiment based in China, the KamLAND collaboration in Japan, the K2K (KEK to Kamioka) and T2K (Tokai to Kamioka) long-baseline neutrino oscillation experiments in Japan, Sudbury Neutrino Observatory (SNO) in Canada, and the Super-Kamiokande collaboration in Japan. These experiments explored the nature of the ghostly particles that are the most abundant massive particle in the universe, and how they change among three types as they travel.

Almost 1400 people contributed to these experiments that discovered and unraveled neutrino oscillations, “revealing a new frontier beyond, and possibly far beyond, the standard model of particle physics,” according to the Breakthrough Prize’s press release.

“The quest for the secrets of neutrinos is not finished yet, and many more mysteries are yet to be discovered,” Wang said during the ceremony at Mountain View, California. There are many questions left to answer about neutrinos, including how much mass they have, whether there are more than three types, and whether neutrinos and antineutrinos behave differently.

A broad slate of oscillation experiments are currently studying neutrinos or planned for the future. Daya Bay, Super-K, T2K and KamLAND continue to research the particles, as does an upgraded version of SNO, SNO+. The US-based MINOS+ and NOvA are currently taking long-baseline neutrino oscillation data. The Jiangmen Underground Neutrino Observatory is under construction in China, and the international Deep Underground Neutrino Experiment is progressing quickly through the planning phase. Many others dot the neutrino experiment landscape, using everything from nuclear reactors to giant chunks of Antarctic ice to learn more about the hard-to-catch particles. With so much left to discover, it seems like there are plenty of prizes left in neutrino research.