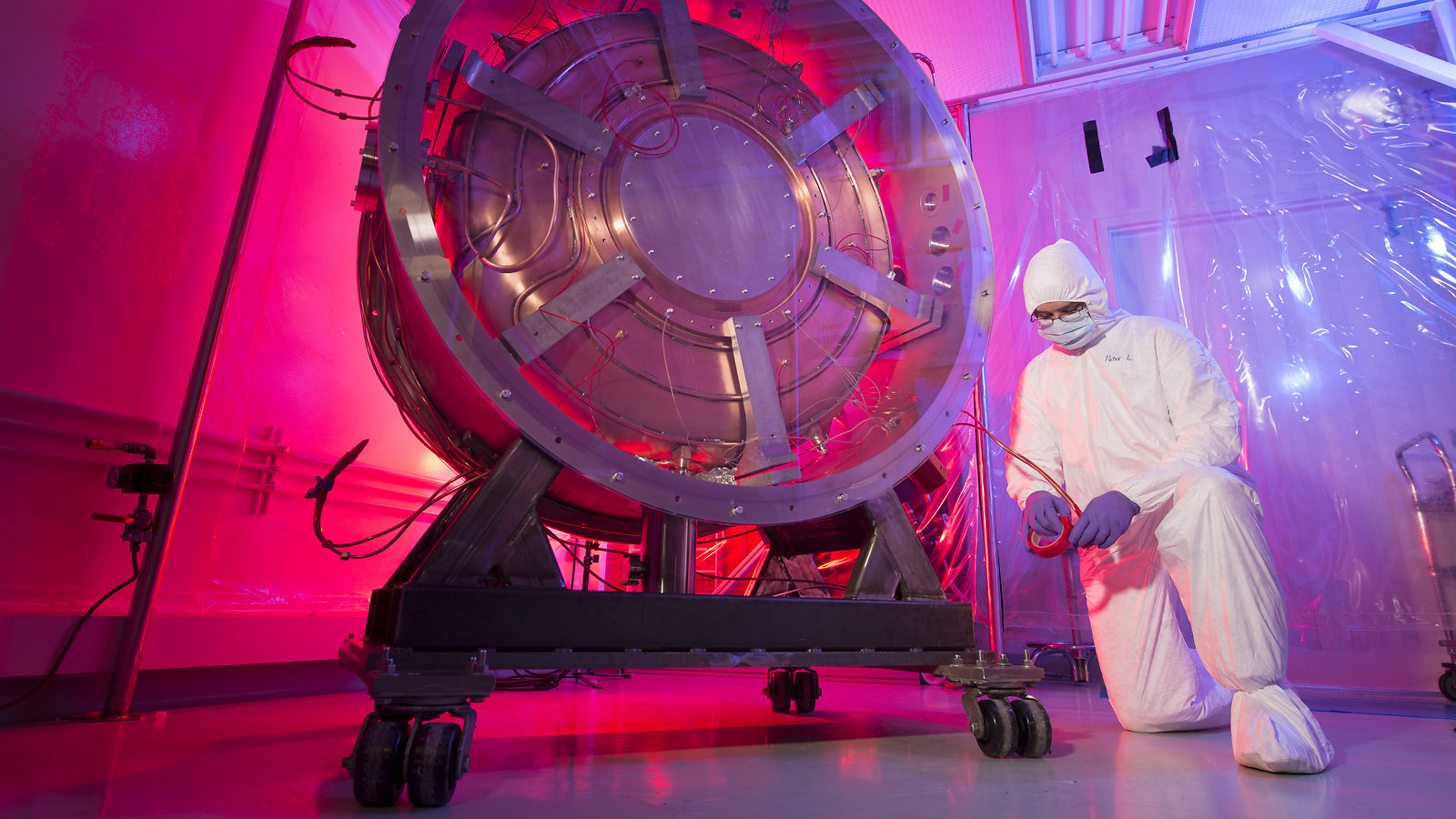 Scientists have announced a breakthrough that could be key to the creation of a powerful new kind of particle collider.

As reported in the journal Nature, the Muon Ionization Cooling Experiment, or MICE, has for the first time demonstrated the successful taming of a beam of particles called muons through a process called transverse ionization cooling.

MICE began at the UK’s Rutherford Appleton Laboratory two decades ago, but the technique the experiment tested was first proposed in the 1970s, with some significant developments in the 1990s. If scientists could make the technique work, it could allow them to one day accelerate and collide beams of muons.

Muons—which are heavy relatives of electrons—are interesting to accelerator scientists for a number of reasons. For one, they are more massive than the particles they have traditionally used in colliders. The more massive the particles you collide, the higher the energies you can reach with your collisions, and the more potential you have to make discoveries as that energy converts into new particles.

Muons are about 200 times heavier than electrons. The large muon mass suppresses synchrotron radiation—the process through which particles lose energy as they are bent around a circular particle accelerator. That means that scientists building a muon collider could send the particles around a tighter loop than the 17-mile-long tunnel used at CERN to house first the Large Electron-Positron collider and now the Large Hadron Collider.

It’s also beneficial that muons, like electrons, seem to be fundamental particles, not made up of smaller constituent parts. In contrast, the protons in the LHC are made up of quarks and gluons. Proton-proton collisions are actually collisions between those smaller particles, which carry only a portion of the proton’s total energy.

Scientists have thus far stuck to colliding particles such as protons, antiprotons, electrons, positrons and ions. One reason for this is the difficulty of producing a sufficient amount of muons and funneling them into an organized beam for an accelerator to propel and collide.

Scientists create a beam of muons by smashing a beam of protons into a target. The muons released in the collision take the form of a diffuse cloud of particles that are not all traveling in the right direction. Scientists can use magnetic lenses to steer the muons in one of two ways—either condensing them into a tight bunch, ready to collide, or sending them the right way, toward whatever they want them to collide with. But they can’t do both at once.

On top of that, there’s the issue of the muon’s lifetime. At rest, a muon decays on average after a mere 2 millionths of a second. After that, there’s no muon to collide. However, if you can accelerate a muon close to the speed of light before that deadline, its lifetime will stretch longer thanks to special relativity.

What MICE scientists needed to do was to show that they could organize a muon beam in preparation for acceleration before their time was up.

MICE scientists passed a beam of muons through an absorber, slowing down their momentum perpendicular to the beam direction and focusing them into a tighter beam, the first step in the process. The next step would be to use radio-frequency cavities to speed up the momentum of the beam in the forward direction, then repeat this until they are left with a focused, well-behaved beam of muons traveling the right way.

The scientists undertook the difficult task of measuring each particle one-by-one to evaluate their efforts. They found that they had achieved what they set out to do, bringing scientists a step closer to potentially making a muon collider a reality.

The MICE experiment received funding from the UK’s Science and Technology Facilities Council, the US Department of Energy Office of Science, the US National Science Foundation and institutions around the world.

Correction: An earlier version of this article stated that the MICE collaboration used radio-frequency cavities to shape the beam of muons; this experiment did not progress to that next step.